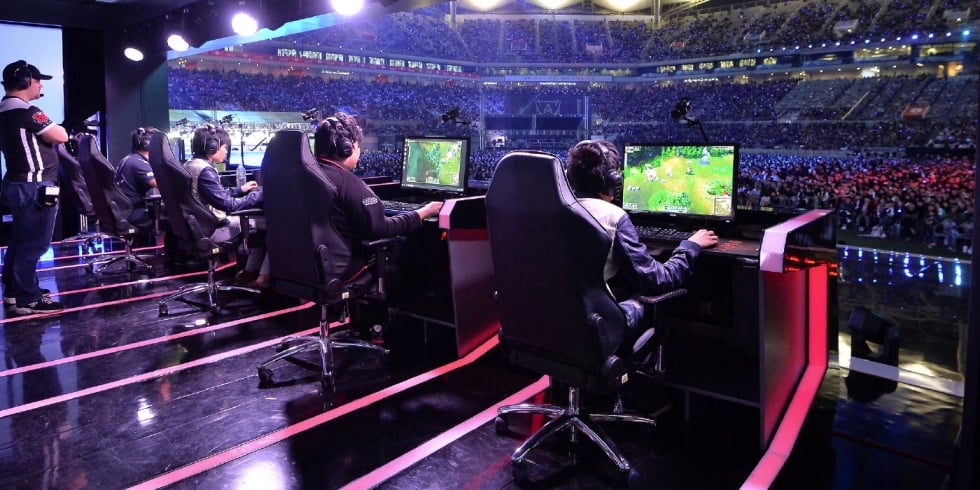 It is never easy to explain whatesports are to an outsider.

How big is it? Is there anymoney to be made? How professional is it? Is there a governingbody? These are all the questions you might expect in a seriousdiscussion, however answering them, might be a bit of achallenge.

Unless you are looking to breakit down into separate disciplines, you are going to have a hardtime describing what esports are today.

Flagship games, like Leagueof Legends and Dota 2, are both huge and progressive in theirown right. However, the two could hardly be compared to one another(even though they often are), not to mention measuring them tolesser titles. One is highly structured, with the vast majority ofprofessionals competing in a developer run league, culminating in adeveloper organized World Championship with little to no worthwhileoutside tournaments. The other, sees most of the competition happenin third-party organized events, with prize pools ranging from tensof thousands to millions of dollars, with a single developerproduced event a year.

If you take a look at majoresports competitions these days, it’s not that hard to noticethat most of the developers have a new found interest in theirrespective esports scenes.

Riot has League ofLegends’ Championship Series. Blizzard has the WorldChampionship Series for Starcraft 2 and the Championship Tour forHearthstone. Even Valve, who historically kept their distance fromthe community, have The International and recently added majors forDota 2, and then there is whatever they are doing withCounter-Strike: Global Offensive. Valve has evenreleased a competitive matchmaking for their hat wearing simulator,Team Fortress 2 (it needs more work). The involvement varies, butdevelopers of most major esports titles these days are dippingtheir toes into the (un)familiar esports waters.

However, this was not always thecase. As recent as2010, the concept of game developer or publisher taking an activeinterest in developing the esports scene was almost non-existent.There are a few exceptions here and there, most notably QuakeCon,which has been held every year since 1996 and every year theyorganize a competitive tournament that goes along with theconvention. Sure, prize pools ranging in low five figures in USdollars is hardly impressive, but nonetheless, QuakeCon is a greatshowcase example of developers realising the value ofesports.

And it makes complete sense. Ifyou are id Software and your game is a competitive title such asQuake, what you will want to do in order to increase thecompetition. If your target audience is people who like to compete,make it worth their while. Make it bigger, better, and moreexciting. Especially looking at Quake 3 Arena and more recentlyQuake Live, where id Software gave up on a single-player modealtogether and fully embraced the world of esports. How silly wouldit be if you were to make a competitive game and there were notournaments to compete in?

But it was not like there wereno outside competitions forcing the developer to step up. There wasno lack of tournaments. When the CPL closed down, Quake did notdisappear anywhere from the premium events. There was stillDreamHack and KODE5, later there were Intel Extreme Masters, FACEITand many others. And QuakeCon is still going strong.

Even though every other leaguepretty much gave up on it a while back, best Quake players in theworld still gather once a year in Dallas, to fight for theirsupremacy.

And yes, this year as well,beginning on August 4, Quake enthusiasts will once again cometogether to battle it out for their share of$25,000. However, inspite of their admirable dedication, id Software could hardly becalled the ones responsible for the modern trend of developersgetting involved in esports.

In June, 2011, during the annualgathering of gamers from around the globe known as DreamHackSummer, League of Legends Season 1 World Championships took place.In a far corner of the venue, eight of the strongest teams in theworld clashed for the groundbreaking (at a time) prize pool of$100,000. In comparison, Blizzard’s StarCraft 2, which wasreleased at around the same time, flaunted a prize pool of $30,000and League’s direct competitor, Heroes of Newerth, had ameasly pool of a little over $11,000.

There was no way a relativelyunknown title that was around for less than a year would be able tohold an event of this size without the support from the developers.At a first glance, it is not too different from the way thebusiness was usually done at the time. The aforementionedHeroes of Newerth title did not just appear at DreamHack. Itsdeveloper, S2 Games, covered all of the organizational fees andfunded the prize pool, making it a prime example of what it wassupposed to be – a promotional event, marketing for theirgame.

What Riot Games understood andwhat others did not, is that there is little point in investingprecious marketing money in something that is going to be the sameas everyone else. So they went for a high risk, high reward gamble,and it payed off.

Their Season 1 WorldChampionships became the most watched tournament of the wholeevent, with a peak of over 210,000 viewers. In comparison, one ofthe most popular tournaments at DreamHack, Counter-Strike 1.6,averaged viewership in low to mid five figures.

You do not need to work in thevideo game industry to realise that making a game is not cheap. Butwhat most people forget, or rather, do not realise, is thatmarketing costs for the game are as large as production itself,sometimes even larger. Call of Duty: Modern Warfare 2,released a little before Riot’s League of Legends, costaround $50 million to make and it’s marketing budget went over $150million. Infinity Ward spent their budget the same way anyHollywood movie would; high production value trailers, buying airtime, they even made a viral video. It only comes to show howimportant marketing is for a new game, even for an established andpopular franchise such as Call of Duty.

There is little point inspeculation, but it is fair to assume that Riot did not have thatkind of money. What they had, instead, was a goal and a clearunderstanding of what their game was and what it wasnot.

What Riot Games did, wasexactly what id Software did many years before them. Theyunderstood that what they are making is a competitive game; apotential esports title. And there is no way they will succeed ifthere is no place to be competitive at.

You can spend a million dollarson banner ads and elaborate marketing strategies or you can produceand fund a $100,000 event and spend the rest to promote the hellout of it.

In retrospect, it was the rightchoice. Soonthereafter, Riot Games announced the second season, featuring analmost revolutionary prize pool of $5 million, kickstarting a newera in the history of esports.

After that, many developerstried to follow the path set by Riot Games. Some have succeeded,many have failed, others changed it and made it their own. But itstarted something, that raised esports to the level it is at rightnow. Esports were around for decades, yet in the last couple ofyears, the pace at which esports is growing is nothing less thanmind boggling.

It is hard to imagine that thisyear, one single tournament will have a prize pool larger than allof the tournaments put together just four years ago. Ten yearsago, esports revenue was at several million dollars, but in 2018,it is set to become a billion dollar industry.

Welcome to the NFL.

Please look forward to the second part, where we will take acloser look at various developers, their involvement in esports anddifference in approach.