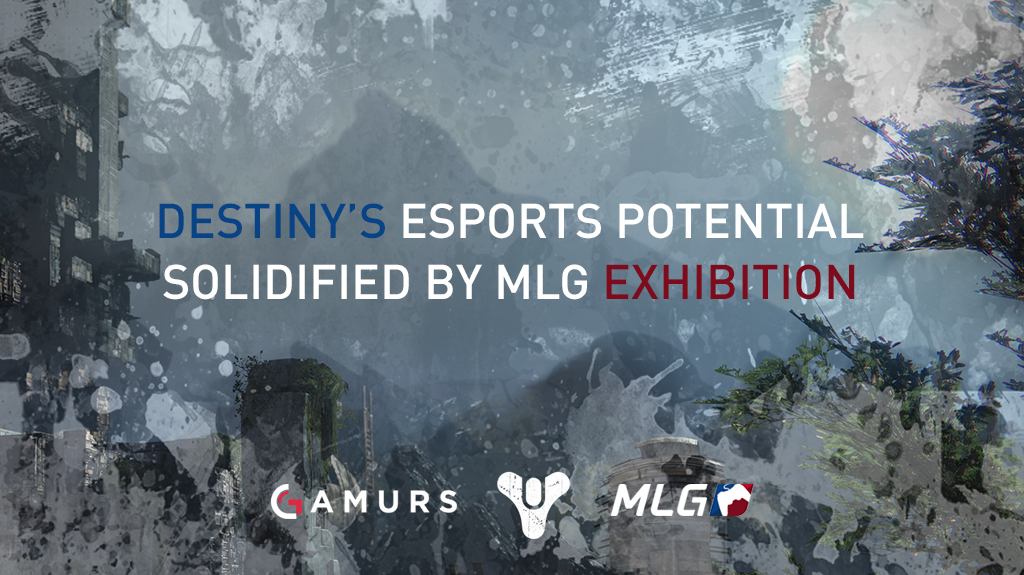 After years of hearing that their game was not competitive andhad no future as an esport, Destiny fans rejoiced today asMajor League Gaming andBungie put on an exhibition of the game’s newprivate match feature.

The 6v6 matchup showed off the new game mode coming in the Sept.20 expansion Rise of Iron known asSupremacy. The teams featured some of the topcompetitive players from the community as well as streamers andYouTubers. The stream was commentated by MLG’s ChrisPuckett as well as YouTuber Michael “MTashed”Tash and Bungie Crucible developersDerek Carroll and LarsBakken.

While Alpha team won four maps to Bravo team’s one, the mostimportant thing to take away from today’s stream was theviewership. The stream peaked at about 65,000viewers and MLG‘s wasthe No. 1 channel on Twitch during thattime period, as well as catapulting Destiny to thefourth-most watched game in the entire directory.Those numbers cannot be ignored. There’s a hunger and a thirst forcompetition in the Destiny community.

Supremacy was also an interesting game mode towatch and it looks incredibly fun to play. In the game mode, whensomeone is killed they drop a crest. Those crests must be collectedto score points for your team, so it boils down to a mix of slayingand decision-making to decide whether to push or defend creststhat have fallen.

Some of the most exciting moments happened whenever a player wasable to pull off a killstreak with their Super ability, and hearingthe players yell and pop off in the background of the castingevokes memories and comparisons to many esports.

It wasn’t all positive, though. While the event was admittedlyrough around the edges, as is to be expected as private matches area brand new feature, it was without a doubt a good start for thecompetitive scene of Destiny.

It should go without saying, but the game does not work well ina competitive setting with 12 players. The best format will mostlikely be at 3v3 or 4v4, as 6v6 is hectic and hard to keep trackof. The players of the scene will likely come together and decidewhat works best.

While Supremacy is a fun game mode to play,esports will without a doubt benefit from a gametype that is evenmore objective-oriented, such as Rift orSalvage. The ‘sweaty’ community may not like it,but Destiny’s esports potential boils down towatchability, and simple team deathmatch game modes will not cut itin the long run. It’s time for the community to begin branching outinto other game modes now that private matches are available.

At the end of the stream, Carroll announced that private matcheswere activated and are now live for all Destiny players,regardless of whether or not they own or have pre-ordered Riseof Iron. GameBattles also announced that ladders forDestiny were also live, opening the door for competitivematches to begin right away.

The future for Destiny as an esport is bright. But it’sall about potential, and there’s plenty of it. The game ispublished by Activision, a gaming juggernaut withseemingly endless funds. It’s developed byBungie, one of the world’s best developerswith a track record that includes Halo and thebeginnings of console esports’ success.

But most importantly, Destiny has an avid community ofdedicated players and fans who both watch and play the gamerelentlessly. Contrary to popular belief, Destiny isalive and well.

Can Destiny make it as a major esport in the future? Let us knowin the comments below or on our Twitter @GAMURScom.