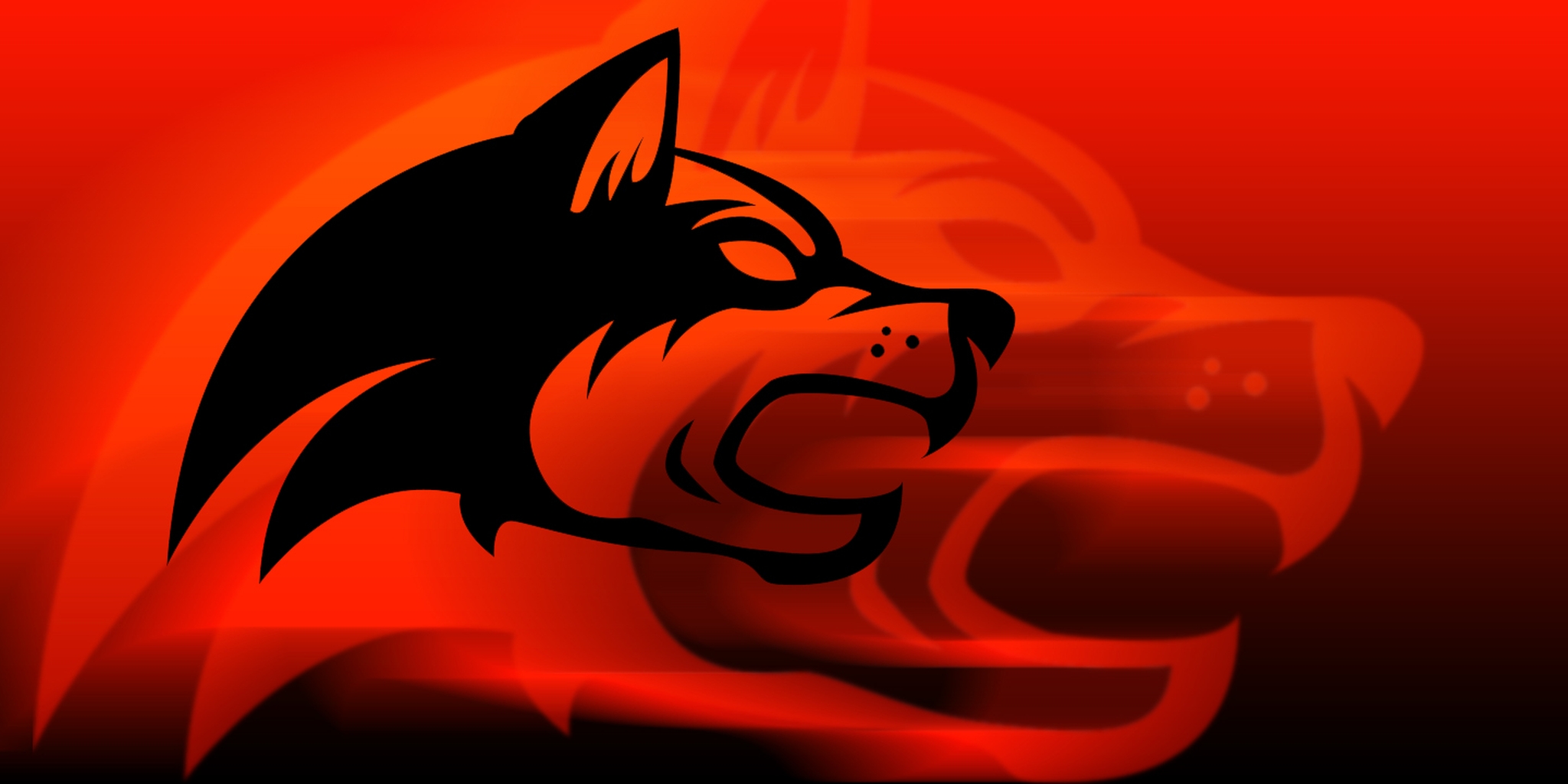 Star players jumping from one team to another is nothing new. But in what has been possibly the silliest season ever in Counter-Strike, American side Denial added Jacob “Fugly” Medina to its roster—less than a day after dropping him to make room for Nick “Nitro” Cannella.”

Just prior to acquiring Cannella, Denial had added Eric “Adren” Hoag after losing the services of Shahzeb “Shahzam” Khan. And this wasn’t far removed from the release of Preston “Juvenile” Dornon in order to make room for Cannella the first time he joined the team.

If the goal is turn pro, the easiest route is clear.

Confused? You’re not the only one. Building a Counter-Strike roster has become a game of high-stakes musical chairs.  You could blame immaturity and a lack of cohesion for such happenings—after all, Counter-Strike and esports in general are still a very young industry.

Denial’s latest change, for instance, came only an hour after the team lost in shocking fashion to Lunatik in a qualifier for MLG X Games Aspen, a major tournament that will mark the first time Counter-Strike is featured on ESPN and Major League Gaming. That naturally caused plenty of people to draw the same conclusion: Denial’s decision was purely reactionary, lacking the long-term planning one would expect from a professional organization.

But there’s often more to it than that. Up-and-coming teams who want to break through to the top face challenges largely unique to the Counter-Strike scene.

“Bigger organizations will always be able to poach players,” Denial Esports CEO Robby Ringnalda told the Daily Dot. “And it’s my job to convince the players to stay and give them the numbers they deserve to keep them on the team.”

Earlier in 2014, the core of the current Denial roster began to make headway against the best teams in North America while they themselves were playing under the umbrella of Lunatik. But as they improved, they felt the need to move on to greener pastures, joining the Denial organization in September.

Deep pocketbooks make all the difference in Counter-Strike. Any team looking to compete at the highest levels must be able to travel to the biggest events, most of which are currently held in Europe. And when each team is made up of five players, that sort of travel can get very expensive.

That’s why teams migrate to the biggest organizations, which can offer the most travel opportunities and bigger salaries. Travel is a hard barrier of entry for teams who want a shot at competing at the professional level.

But even as teams do manage to get more support, they are forced to worry about poaching from even bigger squads.

“I think we have already built a team that can compete with the best, it is just difficult for us to sustain the team without some time to prove to sponsors that they are worth the investment,” Ringnalda said.

In recent years, the only two American esports organizations who can afford to send their Counter-Strike teams abroad have been Cloud9 and iBUYPOWER. It’s no coincidence that these two teams have taken up the top two slots in the region for some time.

As Denial continued to improve and further threaten that stranglehold, one of the teams they were chasing came calling. And it wasn’t to offer assistance.

iBUYPOWER poached Nick “Nitro” Cannella in early November. And as well as Denial may have been playing at the time, there was no questioning Cannella’s decision to make the move.

For all of the potential Denial had shown, iBUYPOWER represented an immediate opportunity to travel to the game’s biggest major tournaments and compete against international competition. With iBUYPOWER, Cannella was able to attend DreamHack Winter in Sweden, something he might never have done had he not accepted the offer to switch teams.

Ringnalda wasn’t too discouraged, feeling that his organization was still in a good place.

“I think we have to earn our spot in the major events and will do so by continuing to place well, as our organization is not as small as people think and we can compete with the numbers of an iBUYPOWER,” Ringnalda said.

But this month, Denial was hit yet again by a team they were chasing. And in this case, it was one they’d arguably already surpassed.

Denial beat Cloud9 convincingly at the ESEA global final this month, marking the first time an American team outside of iBUYPOWER had been to able to better Cloud9 in a live tournament setting.

After the event, Spencer “Hiko” Martin left Cloud9, and the organization looked to the team that had just bettered them for an answer. They found it as they poached Shahzeb “Shahzam” Khan from Denial’s roster.

The money and opportunities are just too good to pass up for players such as Cannella and Khan. If their goal is to be a truly professional Counter-Strike player, accepting a deal from organizations such as Cloud9 and iBUYPOWER will always make sense.

But that doesn’t mean it will always work out for the best. iBUYPOWER parted ways with Cannella just over a month after accepting him onto the team.

Cannella’s performance was more than good enough to earn his keep. It was just a matter of the team wanting to move in a different direction. So even while doing everything that he reasonably could do, Cannella found himself on the outside looking in. And now, he finds himself playing again with the Denial team he left in November.

Canella was dropped in favor of Martin, a veteran with many Global Offensive successes to his credit. For iBUYPOWER, he represented more of a sure thing than the promising Cannella.

The recycling of old hands is nothing new either. Prior to the latest roster change, which brought Medina back into the fold, Denial had transitioned from a team full of relatively new talents to a roster half-composed of players of former iBUYPOWER players, including Todd “Anger” Williams and Eric “Adren” Hoag.

That’s not to say that neither Williams nor Hoag could meaningfully contribute. But the temptation to bring in players who have already reached the top level of the scene is strong for teams trying to get there themselves.

Williams was released when Medina returned. Hoag may prove to be a fine addition to the team. But how confident can fans of the squad be that this team will hold strong for the months required to solidify and challenge the world’s best? Will they still be the same in a matter of weeks?

The solution may be two-fold.

First, players may need to be more willing to dedicate themselves to their teams through thick and thin. And that can be difficult for someone still having adjust their reasons for playing the game. “The biggest problem for some of these players is making the transition from this just being a fun hobby to it being a job,” Ringnalda said.

Building a Counter-Strike roster has become a game of high-stakes musical chairs.

This can be taken to an extreme, of course. Ninjas in Pyjamas may have extended their 2014 slump unnecessarily by stubbornly sticking to a roster that was no longer working. But they’re likely an exception to the rule as most cases are more similar to that of Denial.

Second, American Counter-Strike needs more organizations with proper financial backing—something Ringnalda is acutely aware of. “At some point I have to be able to offer the same salaries as the bigger organizations or I will be sitting here watching and not growing,” Ringnalda said.

These issues are by no means exclusive to Denial. They simply stand as the most recent example of it. It’s a cyclical issue. As teams of amateurs and semi-professionals rise up together, their best chance to compete lies in maintaining a consistent roster, perhaps making a single, measured change when necessary.

But if the goal is turn pro, the easiest route is clear. When the top teams call, you answer. Consistency and chemistry be damned.

“You can’t keep everyone, its impossible,” Ringnalda said. “Esports is often about moving one step back to take two steps forward.”