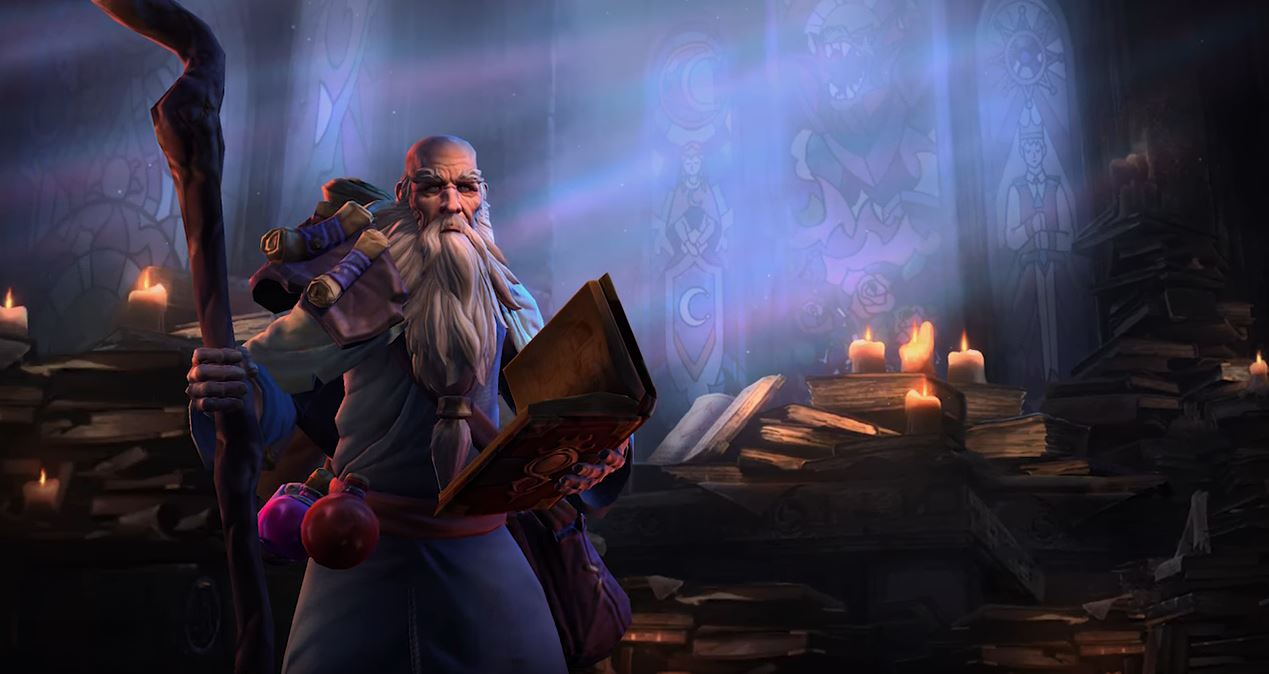 After months of speculation among the Heroes of the Storm community, Blizzard Entertainment has revealed Deckard Cain as the newest playable character.

Cain is well known to fans of the Diablo franchise as the rambling lore giver that you just can’t get rid of. Preferring the safety of Diablo’s towns to gallivanting into danger with the hero, Cain dispenses advice and sends the player on quests. This will be the first time he will get into the action as a playable character. Cain was announced at Pax East in conjunction with videos and an update to the roster of heroes on the HotS website.

Blizzard captured Cain’s nature perfectly with his abilities. His Q dishes out healing potions well known in Diablo games. His E is a simple AOE root that activates in a triangle. Both of these abilities suit his melee support playstyle.

But his W is where the fun really begins. Aptly named the Horadric Cube, a reference to one of the key items in Diablo II, it doesn’t transform items like Diablo players are used to. Instead, Cain just throws the cube out to damage and slow enemies in a small area. Bet you didn’t know that the cube could do that. Talents and gems can further strengthen his Q and W.

The hilarity continues with his Heroic Abilities. One, titled “Lorenado,” is a tornado of books that moves in one direction as impassable terrain, zoning enemies away from its path. Yeah, you don’t want to get lost in Diablo’s extended lore.

The other is named “Stay Awhile and Listen,” a reference to one of Cain’s most common—and most annoying—voice lines from Diablo. This ability puts enemies to sleep in a wide arc in front of the character. In Heroes, getting caught by one of Cain’s extended soliloquies can literally get you killed.