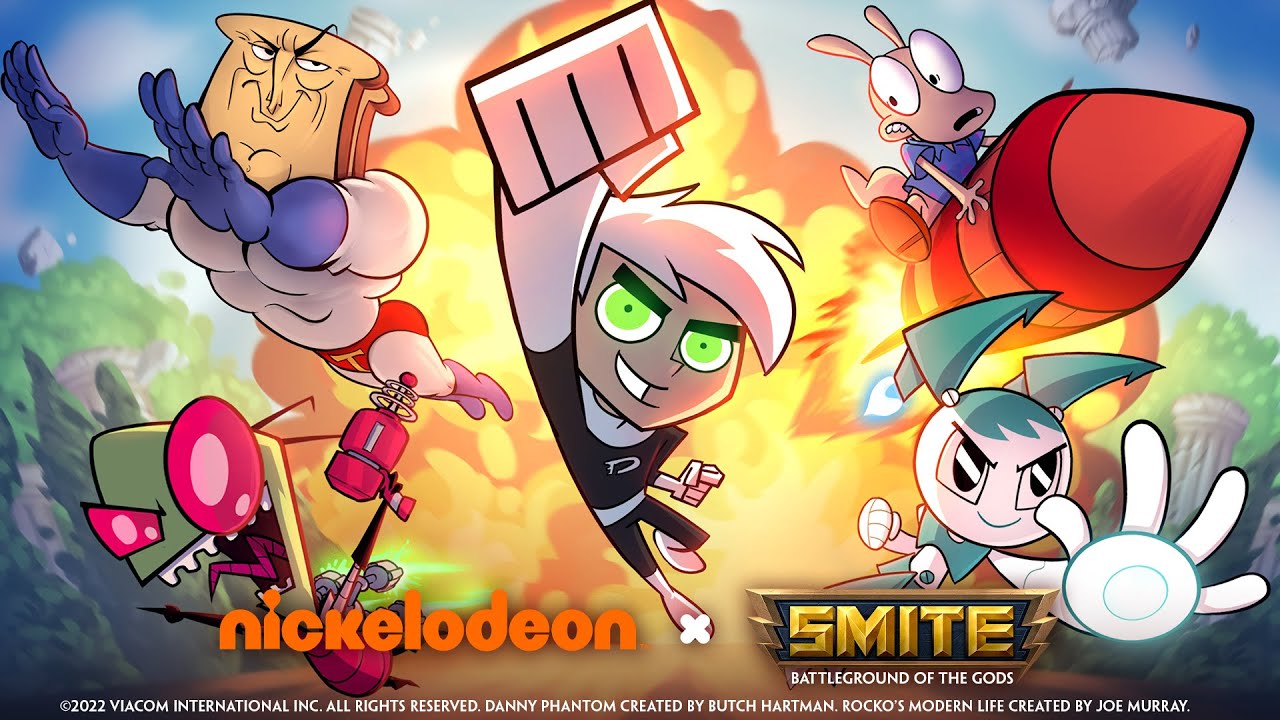 The newest collection of crossover skins to enter the battleground of the gods has been unveiled. Smite developer Titan Forge Games revealed today the MOBA would be teaming up with Nickelodeon, bringing a number of beloved characters from iconic Nickelodeon shows to the game.

The Smite x Nickelodeon event will launch alongside the title’s annual midseason update, and so far it includes five total skins based on today’s announcement video. The midseason update is often one of Smite’s largest patches each year and is set to include balance changes, teased item updates, and a number of other skins beyond the crossover itself.

This isn’t the first time Smite has collaborated with Nickelodeon to bring popular television characters to life, having already worked together on Transformers, Avatar: The Last Airbender, and The Legend of Korra crossover skins in the past. Unlike previous projects, however, the Smite x Nickelodeon event will instead draw from a number of different shows rather than focusing on a single property.

The full list of announced skins for the Nickelodeon crossover is as follows: