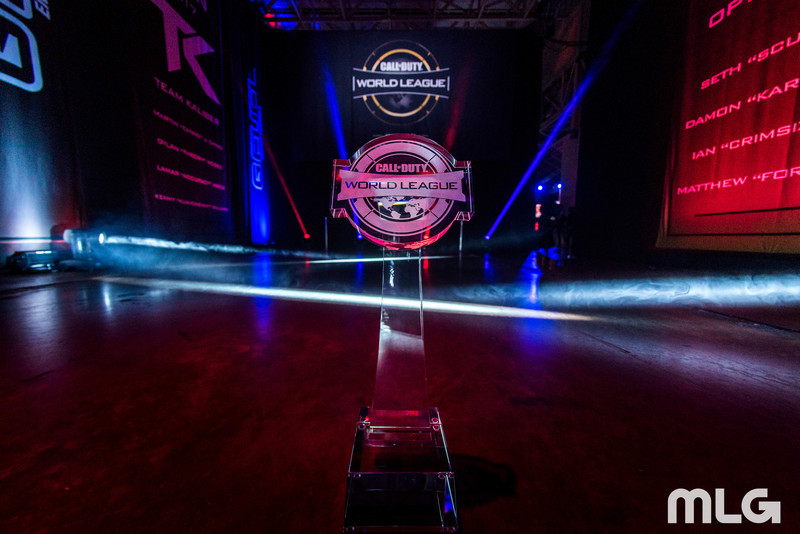 The next major Call of Duty World League event is quickly approaching, and 16 of the best teams in the world will compete in pool play.

On March 30, the first European-held CWL event of 2018 will take place. Hundreds of the best Call of Duty: WWII teams will compete in Birmingham, England for $200,000 and the CWL Birmingham Open title.

The 16 teams from the first stage of the CWL Pro League will compete in pool play, with the pools being determined by each team’s placing following the 14-match regular season. Rise Nation and FaZe Clan topped their respective divisions, while OpTic Gaming and Luminosity both finished in second to become the four pools’ top seeds.

Like previous CWL open events, the four undefeated open bracket teams will be inserted into pool play in order to complete the group stage portion of the event. The top two teams from each pool will then be placed in the winners’ part of the championship bracket while the bottom three teams in each pool will go to the losers’ part of the championship bracket.

In the first pool, Rise Nation is the clear favorite. Although eUnited and Echo Fox have both shown that they can play like some of the best teams in the world at times, Rise’s consistency and dominance in the last few months is too tough to pick against.

Rise went undefeated at the CWL Atlanta Open earlier in the month to win the organization’s first championship since late 2016. The team also showed their superiority over some of the best teams in the world in the CWL Pro League, with Rise taking down Team Kaliber and Red Reserve in both meetings.

Rise’s last match loss came on Jan. 25 when they fell in four games to OpTic Gaming, but they got revenge on the defending world champions with a three-game sweep on March 1.

Echo Fox and eUnited both had an up-and-down regular season in Stage One, but eUnited ended up with a playoff spot while Echo Fox did not. Nonetheless, we rate these two teams as fairly equal, with a slight edge going toward eUnited. Echo Fox’s Capture The Flag game was pretty weak in Stage One as they managed to only win 36 percent of CTF games. Their Search and Destroy play was better, but not enough to give them an advantage over eUnited.

Then there’s Epsilon Esports. The mysterious situation revolving around former Epsilon player Nathan Orton, who no-showed at CWL Atlanta earlier this month, is odd and still seems unresolved—but his removal from the team did not really have any impact on their performance. They even got their only win of the stage with Jordan “Reedy” Reed in the roster. Regardless of whether it would be Nathan or Reedy in Birmingham, it’s a safe bet to put Epsilon at the bottom of Pool A—even below the to-be-determined open bracket team.

Team Kaliber was undoubtedly the best team in the world in the first few months of WWII, but they have struggled recently. Their late-season woes coincided with Echo Fox’s increase in play, which almost resulted in the latter stealing the final Division A playoff spot away from Team Kaliber.

While Team Kaliber went 3-4 in the second half of the CWL Pro League regular season and nearly lost out on a playoff spot, FaZe Clan’s 6-1 second-half record shot them up to the top of Division B. Their strong CTF play was a major factor in their success, with FaZe winning 79 percent of CTF games—that is the second-highest CTF win percentage in the league.

The two European teams in the group, UNILAD and Team Vitality, will have a rough road to crack the top two in Pool B. UNILAD did beat FaZe in the first half of the season, but FaZe has been playing on a completely different level in the league this month. And Vitality, like Epsilon, only won one match in the league. They are also the worst CTF team by far; they won just one out of a possible 14 games in CTF in the league.

With FaZe on a hot streak, Team Kaliber’s momentum all but finished, and the two European teams a distant way behind the Americans, it looks pretty clear how this group will end up.

Pool C features some of the most unpredictable teams in CWL Birmingham pool play. OpTic Gaming is a solid pick at the top of the group, but there have been times recently where they have looked beatable. That being said, they are still OpTic Gaming and when they’re playing to their maximum ability, there may not be a team in Call of Duty history that can beat them.

The rest of the group includes Team Envy, Reckless (the roster that competed under eRa Eternity until mid-March), and Evil Geniuses. Each of these three teams showed flashes of their potential, but also what they were like when things were not clicking.

Envy enters the group as the second seed but they went 2-5 in the second half of the CWL Pro League in Division B. They also finished fourth at the CWL Atlanta Open just a few weeks ago. Their place in this group will entirely depend on which Envy team shows up. They could finish first if they play like first-half Envy did, but they could also finish in the bottom part of the group.

Reckless and Evil Geniuses had tough seasons in the league. Despite beating some of the top teams in their respective divisions, both teams are headed toward the relegation tournament to earn their Stage Two and CWL Championship 2018 spots. Neither team looked especially good in the back half of Stage One, but Evil Geniuses lost their final four matches to finish out the season while Reckless went 2-2 in their last four.

Similarly to Pool C, the group of teams in Pool D make it more difficult to predict the outcome than Pool A and Pool B.

Luminosity has proven that they are one of the top three teams in the world. Red Reserve has also shown their potential with their second-place finish at the CWL Atlanta Open. Splyce and Mindfreak have struggled to break through into the top tier, but they are still tough teams to beat.

Luminosity may have finished higher in their league division, but Red’s incredible losers bracket run at CWL Atlanta is too big to put Red below them in pool play. Mindfreak has played better recently than Splyce, although the European squad has shown they can compete with the best.

The 2018 CWL Birmingham Open is shaping up to be yet another highly-contested Call of Duty open event and one of the best of the year.