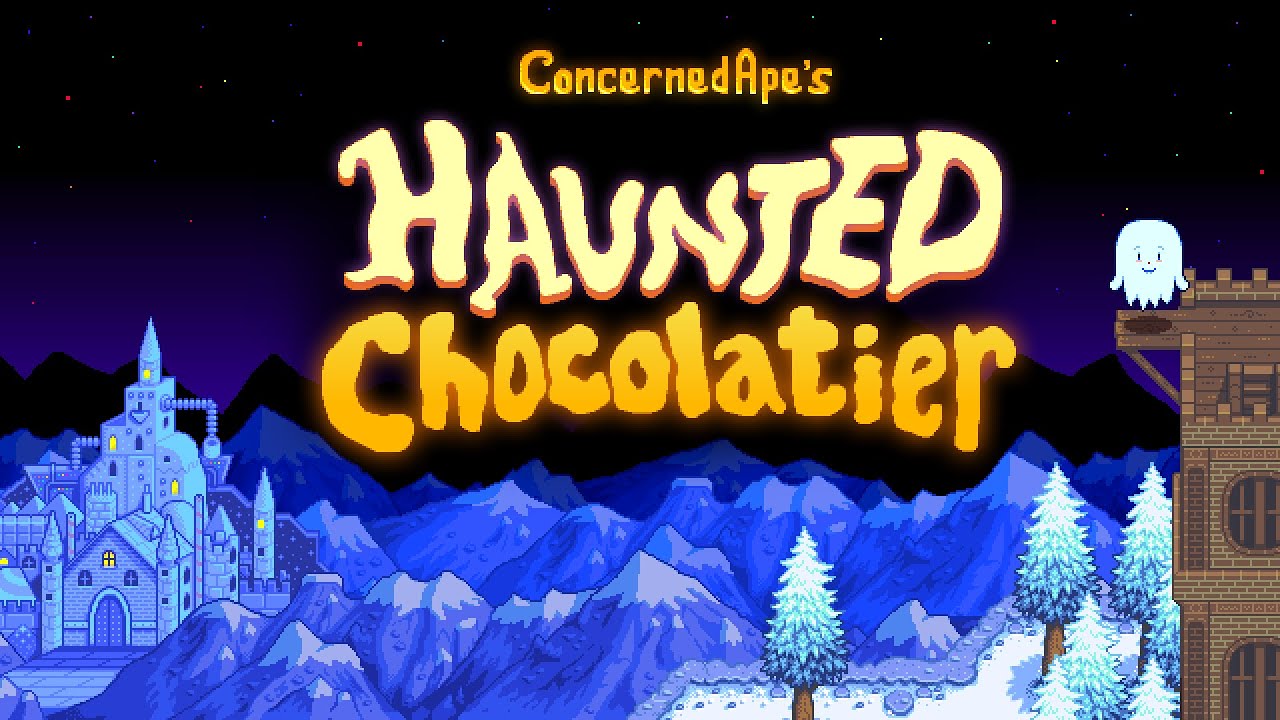 Earlier this month, Stardew Valley developer Eric “ConcernedApe” Barone revealed his next project after months of barely talking about it: the mystical and marketable world of Haunted Chocolatier. Last night, ConcernedApe gave fans a glimpse of what combat will look like in the game—including a series of new features the developer is coding from scratch.

In his latest post, ConcernedApe confirmed that he was spending a lot of time trying to craft a combat system for Haunted Chocolatier since he will not copy and paste the same mechanics from Stardew. This is taking a lot of effort because he wants it to feel good to play, which is why this new system has been “completely coded (and drawn) from scratch.”

The developer highlighted the addition of shields, which will allow players to block and occasionally stun opponents. There will also be other “off-hand” items players can use to complement other playstyles. ConcernedApe will detail them in the future.

“Everything seen so far could still change before the game is finished,” ConcernedApe said. “If you followed the development of Stardew Valley, this will be familiar.”

Moving forward, ConcernedApe will continue sharing updates, but he is adamant he won’t release anything he isn’t proud of or feels like won’t be fun for players to spend time with.

“The bottom line, is that I won’t rest, or release this game, until I am personally satisfied that it’s very fun and compelling, in every aspect. If it never gets there, I’ll just never release it,” ConcernedApe said. “But don’t worry, I have 100% faith that I’ll get it there. Everything is on the right track so far, I have the complete vision for the game in my head, and it’s just a matter of ‘grinding it out,’ which is what I’m doing every day!”

Fans have been waiting for more news about the new game, but the creator is keeping things close to his chest for now and is posting blogs at an infrequent pace to keep fans updated in a more casual setting. He also says that nothing is concrete.

With a visual style that is reminiscent of his last project, ConcernedApe notes the focus of Haunted Chocolatier is going to differ greatly from Stardew Valley, namely in the game’s focus not necessarily being on building relationships. Instead, players will be spending their time gathering ingredients, making chocolate, and running their chocolate shop, with more emphasis put on combat in comparison to the farming/lifestyle simulator too.

There is still no release date, nor an early access timeline, set for the Haunted Chocolatier. It is unlikely that a date will be set any time soon since the game is still in “an advanced stage of development,” but fans can look forward to hearing more about the haunted experience in the form of these dev blogs in the future.