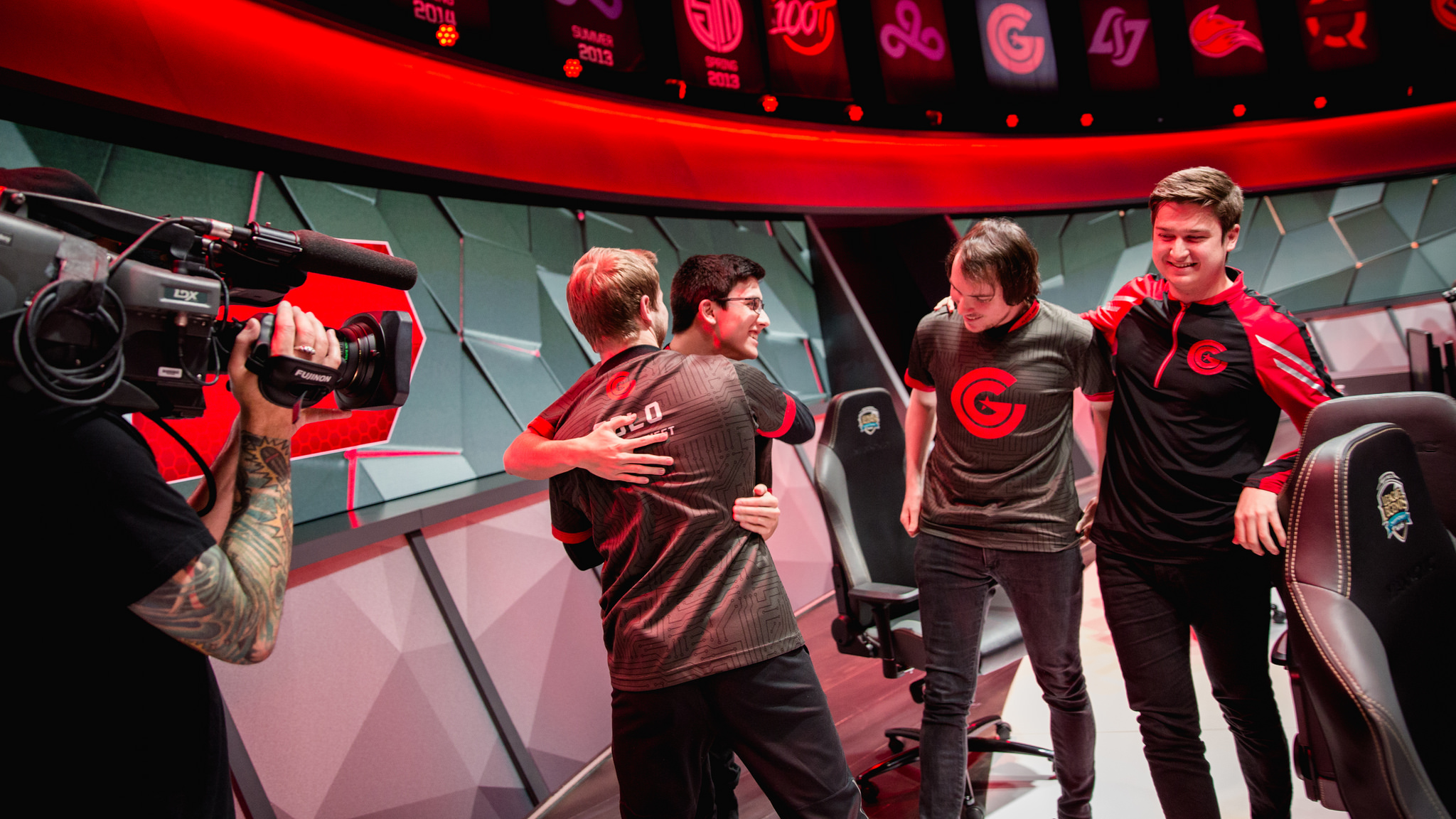 Clutch Gaming shocked the world on Sunday by taking down defending champions TSM in the NA LCS quarterfinals.

Not only were they the lower seed, a six facing a three, but they were matched up against history too. Since the LCS was created, TSM have never failed to make the playoff finals. No matter what happens in the regular season, TSM always seem to pull it out. They’re the ultimate clutch performers.

That meant that for Clutch, living up to their namesake wouldn’t be enough. They had to be more than great to defeat TSM—and they were.

It took Clutch a game to find their form, however. Game one was a TSM stomp from the very beginning. Clutch’s strategy was focused on pushing top and bot lanes propped up by a LeBlanc pick for mid laner Fabian “Febiven” Diepstraten.

With a level and item lead and Olaf ultimate, Mike Yeung was literally unstoppable. He and the rest of TSM dived Clutch relentlessly. For the most part, Clutch just sat back and took it, unable to press ahead and make anything happen.

After talking things over in their green room, Clutch resolved to never let TSM snowball like that again.

In the second game, LirA grabbed Skarner to go against the Olaf. Skarner not only has a much faster clear, but he has that fearsome single-target suppression that can be so devastating around objectives.

Wanting even more crowd control, Clutch support Nicolas “Hakuho” Surgent ditched the Braum that didn’t work in game one and picked Thresh. Thresh is a mechanically challenging pick and isn’t historically known as a Hakuho specialty.

But Clutch were trying to break history today, and that meant Hakuho had to carry. Boy, did he ever. Hook after hook after hook hit helpless TSM players as Clutch rampaged through the game.

By the time the third game started, TSM looked totally tilted. After seeing Clutch ADC Apollo Price’s Kog’Maw in the first couple games, they decided to pick the void creature for their own Jesper “Zven” Svenningsen. Never mind that TSM have only really been good when Zven is on early-game champions, or that following Apollo’s example isn’t normally a winning formula.

TSM compounded their error with a mid lane Karma that made no sense and didn’t do anything. And all of a sudden, Clutch found themselves with a 2-1 lead in the series.

Still, getting so close would mean nothing for Clutch if they couldn’t put TSM away. In the fourth game, TSM got mid laner Søren “Bjergsen” Bjerg on Syndra, a comfort champion, and top laner Kevin “Hauntzer” Yarnell on Camille, a splitpusher. It all made sense—Bjergsen needs to carry for TSM to win, and Clutch’s side lane control can be a weakness after the lane phase.

The problem was, they let Hakuho have Thresh again. Thresh isn’t a champion pro teams like to ban—after all, all you have to do is dodge the hook. With Morgana on their side, TSM felt like they were safe. They weren’t.

This time, things changed when TSM chased too far into the mid lane and ran into Febiven’s Swain. Swain was given buff after buff after his rework, and he’s stupidly overpowered right now. Like Singed, new Swain is one of those champions you just want to run away from, or else stuff like this will happen:

Not only did Febiven become unstoppable, TSM’s comp fell apart. Hauntzer had no impact in fights and never got to a stage where he could splitpush effectively. Clutch’s calmly set up around Baron, and with the buff, broke TSM’s base. Just like that, the defending champs were out.

Against all odds, Clutch Gaming had done it. They had proven that when it really mattered, TSM can be beat—and that they can actually beat a playoff team in a five-game series. Clutch shut down TSM’s playoff history on Sunday and created some history of their own.