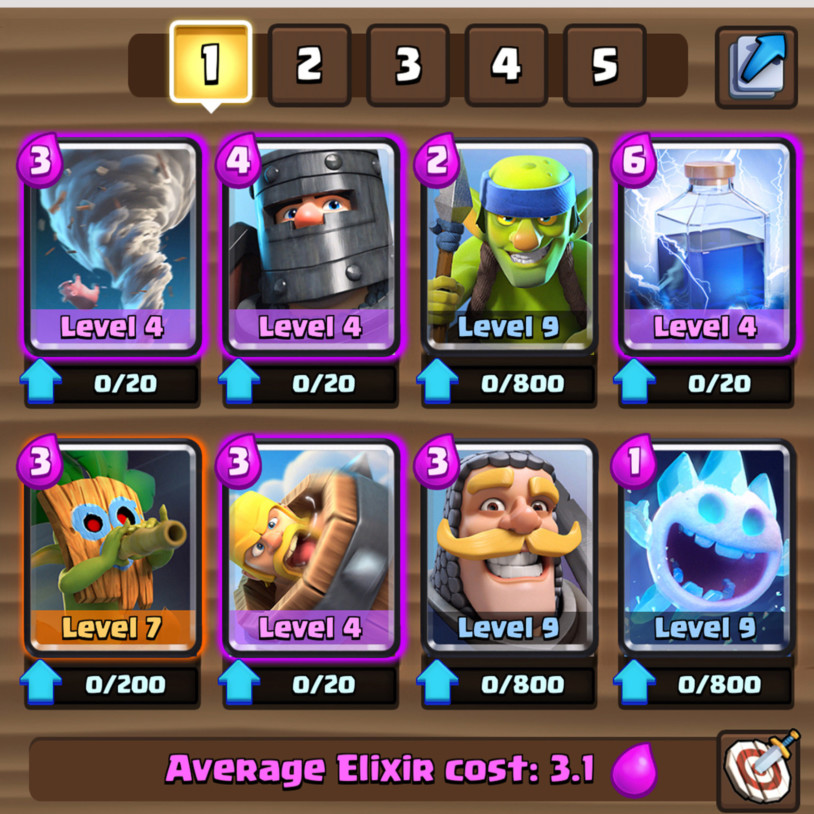 Many cards are being altered in next week’s balance update for Clash Royale.

Most notably, the Dark Prince’s shield hitpoints have been decreased by 25 percent. This nerf comes after the Dark Prince received a few buffs in the previous balance update on Feb. 12.

The Ice Spirit and Spear Goblins are also set to receive nerfs in the update. The Spear Goblins’ hit speed is being increased by 0.1 seconds, which is only a slight nerf. The Ice Spirit changes, however, are much more significant. This one-elixir card’s area damage will be lowered by four percent, and its freeze duration will be decreased by 0.5 seconds.

Other than the Tornado’s duration being lowered by 0.5 seconds, the rest of the changes in this balance update are buffs.

The Knight’s hitpoints will be increased by three percent after receiving a nerf in the same category during the last balance update. The Dart Goblin’s damage will go up by three percent, while Lightning’s radius has been increased from three to three-and-a-half tiles.

Related: The Barbarian Barrel has officially been added to Clash Royale

Clash Royale’s newest card, the Barbarian Barrel, will see its range increased from six-and-a-half to seven tiles, while the Skeleton Barrel will now spawn seven Skeletons instead of six—this card originally spawned eight Skeletons prior to February’s balance update.

Finally, the Tornado spell is receiving both nerfs and buffs in this update. Its duration will be decreased, but its damage per second will be increased by a whopping 21 percent.

After this update, the Magic Archer will hit moving targets better and players can use spells on the river. Other bug fixes, like the Witch switching targets if her Skeletons push her out of range, will be addressed in this balance update, too.

The changes go live on April 24.