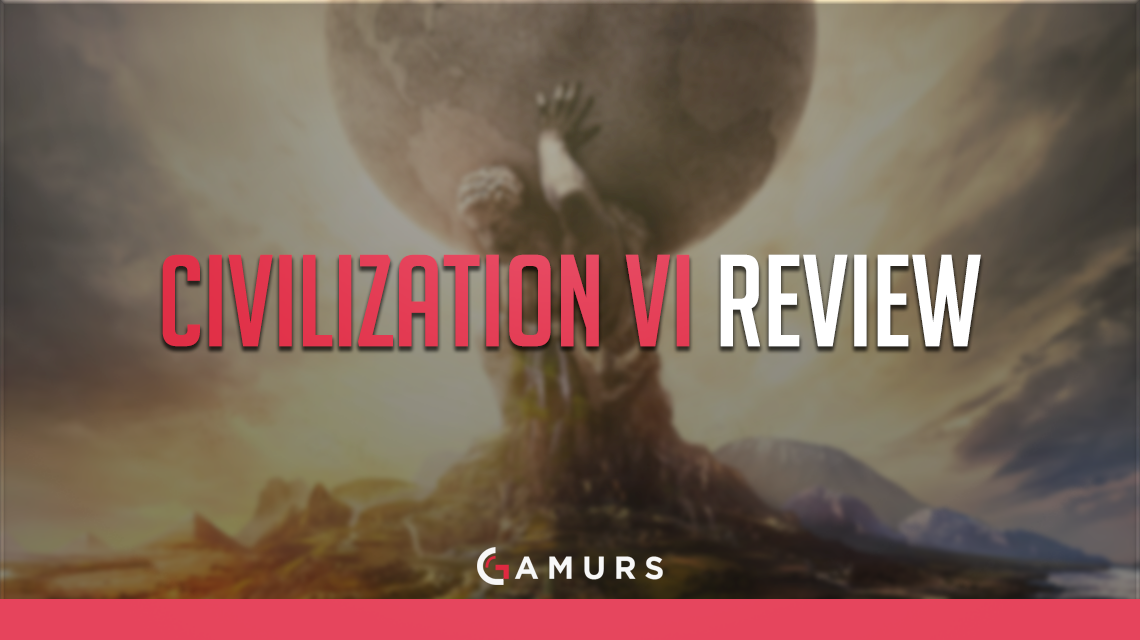 With teams like Team Liquid beginning to sign players for Civilization VI esports, how good is the game? Does it have a future in the esports scene?

Take what you know about Civilization and give it a graphical overhaul with new implementations that allow the same empire building mechanics we know and love, with added extras that tickle your mind to planning ever forward into the distant future, and you have Civilization VI in a nutshell. An outstanding master-class of a game that pays no punches in defining itself as a staple game. Where Civilization V had to take time back to reinvent itself to truly shine, VI gets off on the ground running and proves how the series has moved forward for the greater good.

Civilization VI offers a much-needed step forward for the series as a whole, with its changes making the base game feel more involved but not too far from what we know and love, thus giving returning players too much to tackle from the beginning. Offering tips for those new to Civilization as a whole or just this new game in the franchise lets everyone be brought up to speed at their own pace.

There are so many things new in this game from its previous installments that it would be difficult to list them all. As such, I will be discussing the more unique and large changes that help shape the game into a masterpiece.

The depth of play now in matches means that resource management is compulsory instead of optional. Builders no longer stay around forever and only allow you to create three things before needing a new one. Districts, one of the new grand options, allow you to create sections for your city that give unique buildings. Expanding your cities gives you more spaces to use, but use them wisely, as even buildings like wonder now require unique spots to build on top of. If you don’t have a rocky patch, say goodbye to an early game wonder, as an example. So choosing where to base your city, even if you are a few turns behind, is crucial for the late-game if you make it that far.

Tech and Civics are there own specific trees now, with both being researched over the game. Civics offer a unique card-esque experience to set up a government that fits your particular play style, making it unique to the type of victory you are trying to achieve.

I feel this will put more casual and newcomers off of the Civilization experience in the long run; where other games have been accessible to the masses, this one feels targeted more towards the true strategists.

In short, a number of features added to this game are truly overwhelming. They provide a fresh take on the same genre we know and love, with matches going on for hours at a time. However, a number of new features can lead even returning players overwhelmed and unsure about what to do. I found myself losing at one point while building an army due to the religious victory taking shape from my opponent after a swarm of missionaries approached my isles to take over my land without me ever noticing them, while still trying to create the Oracle Wonder.

It’s the small minor details in the world you inhabit that really make the game feel more alive. The game continues its approach of hexagonal squares that break up the civilizations and movement options, with resources being showcased on the map around you.

What sets it apart is the animations that can give you information without needing to look it up. You can see what tiles are being worked on in your borders, which equate to your citizens inhabiting the overworld. It sets a precedent that wants you to expand to see just how much the tiles and zones will increase and grow over the length of your play-time.

The similar way in which you interact with the leaders returns with grand gestures, trading deals and open borders and even speaking to them while hearing them speak in their language. However, it is the small UI details that give you more ease of access than before.

For example, all the leaders you meet are shown above in the top right corner of the map. Clicking on them will allow you to interact on a moments notice and check your standing with them in real-time. This ability also equates in the top left, where you are able to cycle through tech trees, government and everything you need without having to wait for a menu to pop open. All this change just gives you a quicker and more enjoyable experience in the long run.

In short, planning your city from the very start is all about provng yourself for the future. This game is by far more tactical in that it forces you to start planning from the very beginning on what you want to achieve. If you place a structure or something at the start and then need something in the future, the ramifications of your actions will come back to haunt you, so being able to plan precise details will only reward players with hindsight in mind. You don’t want to be placing a wonder on a possible resource gold mine in the late game, providing you plan to play that far, of course.

With all this in mind, Civilization VI gets the royal stamp of…

Of course, most of your early time on this game will be trial and error. With the previous discussed new features and details, you need to find time to adjust yourself and keep playing for “just one more turn,” regardless of a win or loss to see just what comes next and prepare yourself for those long arduous multiplayer games to play with friends to come.

There is no large reinvention on the status quo when it comes to tech trees, units and the likes with only minor add on details spurring chances to rush your civics, depending on how you act in the game, with the overall flow of the battle being dictated by your best interests.

Regardless of the victory that you chase after and the many possible pathways that open up to you, those who play will be playing and sinking hundreds of hours into this perfect turn-based strategy game.

Is Civ VI living up to your expectations? Will there be an esports scene? Let us hear your thoughts in the comments below or tweet us @GAMURScom.

If you like the review and would like to see more, please let us know about it.

Images and game owned by 2K