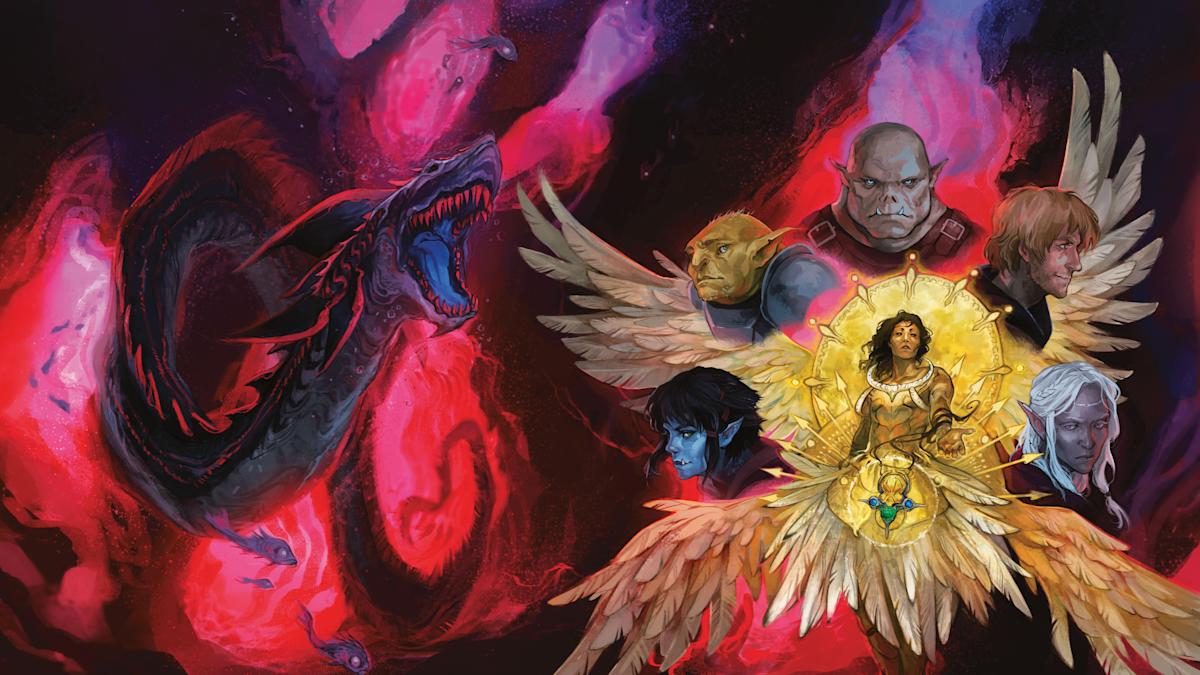 Critical Role, the group that livestreams Dungeons & Dragons on Twitch, announced today that its first fifth-edition adventure, Call of the Netherdeep, will be released on March 15, 2022, in collaboration with Wizards of the Coast. The book is already available for pre-order via D&D and Amazon, priced at $49.95.

Matthew Mercer, the host and dungeon master of Critical Role since it was founded in 2015, co-designed the adventure along with D&D principal story architect Chris Perkins. It will be a seven-chapter book set in the world of Critical Role’s Exandria and will feature new creatures, magic items, NPCs, and a new mechanic for rival non-player character parties. Players will start at level three and should end the adventure near or at level 12.

“Call of the Netherdeep leads adventurers to the glimmering oasis-city of Ank’Harel on the continent of Marquet, and from there into a sunken realm of gloom, corruption, and sorrow known as the Netherdeep—a terrifying cross between the Far Realm and the deep ocean,” the official description reads. “The greed of mortals has awakened a powerful entity long thought destroyed. … Languishing in despair, he calls out for new heroes to save him.”

Related: How much money does Critical Role make on Twitch?

This isn’t the first collaboration between Wizards and Critical Role, though. They partnered for Explorer’s Guide to Wildemount, a sourcebook for players to create their own characters and adventures set in the world of Critical Role, released in 2020.

Critical Role also has an animated series called Vox Machina on the way. It’s set to premiere on Feb. 4, 2022, on Amazon Prime Video.