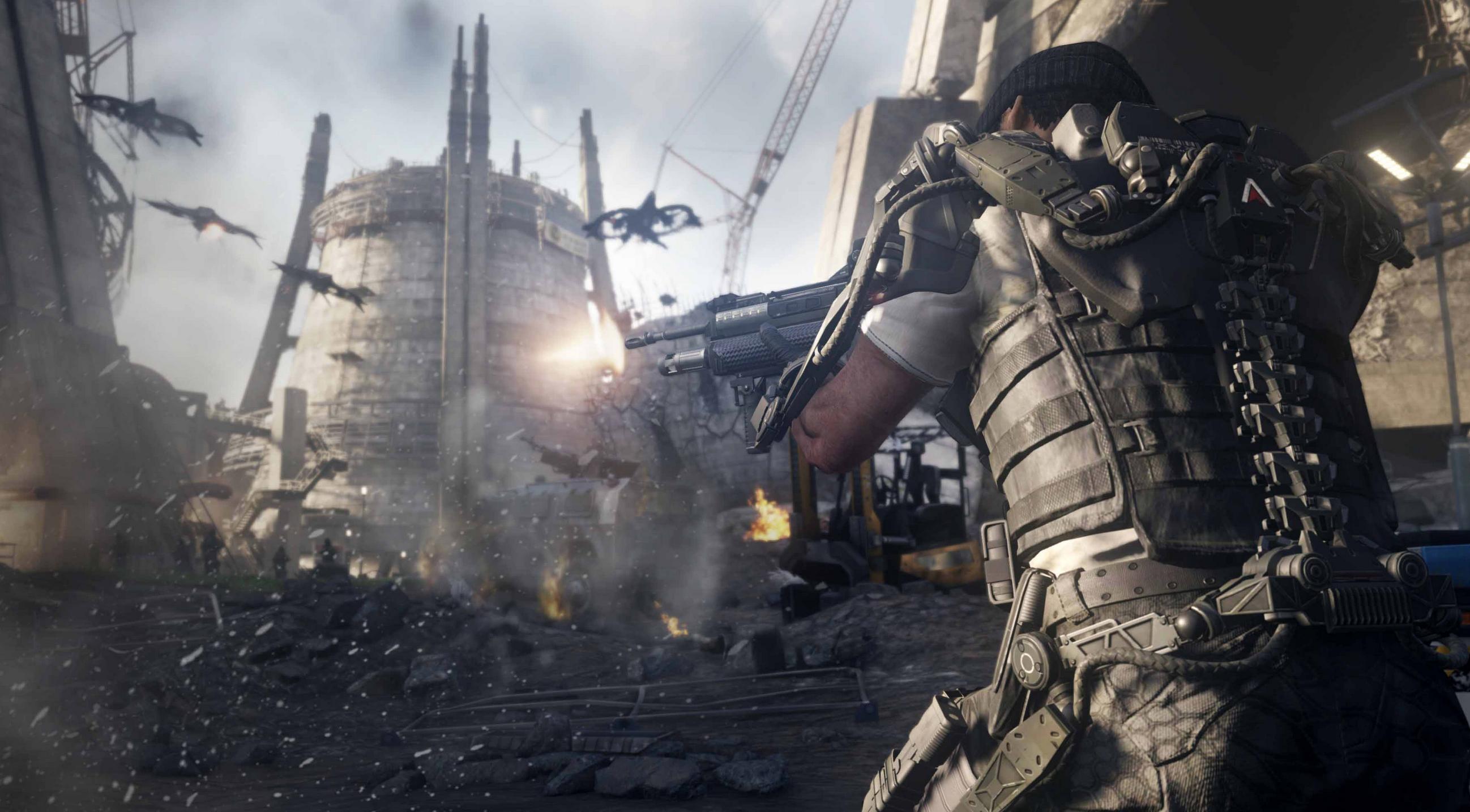 The biggest tournament in console gaming kicked off this weekend as the best Call of Duty: Advance Warfare teams from around the globe converged in Los Angeles to compete for $1 million at the Call of Duty Championship.

The victors will become legends.

We play 362 days of the year for the chance at being included in these three. Champs is where it all happens, let’s get it.

There’s one team to beat entering the event, but a host of challengers. Each is hungry to write their own storybook ending, to prove their skill, to seize their share of the massive prize pool.

If you weren’t planning on taking a peek at one of the biggest esports events of the year, here’s a couple reasons to watch.

Optic Gaming: Will they become the next Call of Duty dynasty?

They’ve won three major tournaments in a row, but that means little if they can’t take the one event that really matters. Win the Call of Duty Championship and people will talk about your team for years. They still remember Fariko Impact, even after Complexity trounced on that legacy last year. OpTic Gaming is set to be the next Complexity if they win this event.

But can they do it?

Crowning the greats of all time

When the tournament decides the best team on the planet, it will likely settle the debate on who is the best to ever touch the sticks.

Right now, Patrick “ACHES” Price and his 19 all-time tournament victories rank him at the top among all players. His former Complexity teammate, Ian “Crimsix” Porter, is nipping at his heels with 17 titles to his name—and a higher average placement. A list of their average tournament placings puts ACHES at 3.00, with Crimsix at 2.16, the only player ahead of his former captain.

ACHES’ FaZe Red and Crimsix’s OpTic Gaming are two of the favorites at the Call of Duty Championships. While there’s little question Crimsix is the more talented player, if ACHES leads FaZe past OpTic, his legacy as the best player ever, capable of elevating his level when it really counts, will be secure.

There’s also a third possibility in the conversation—OpTic Nation, with Damon “Karma” Barlow and Tyler “Teepee” Polchow. Teepee has 18 championships, winning all the same events as ACHES save for the opening fanfare for Advanced Warfare, MLG Columbus in Nov. 2014. Barlow only has 10 championships, joining the Complexity party a little late, but is the only player with two Call of Duty Championship titles to his name. While OpTic Nation has struggled this season, winning a third title in a row in the year’s biggest tournament would make it clear that Barlow is king.

ACHES remains Call of Duty’s most polarizing figure. No one has won more tournaments and no one has used that platform to annoy so many people. His self-assured and often arrogant attitude is something he’s earned through performance, but his performance in Advanced Warfare, since leading FaZe Red to the MLG Columbus title with a bleeding, stitched together hand, has quite simply been lacking.

He’s not playing like a superstar, much less a star, in recent Advanced Warfare tournaments. He’s not grinding the game and giving a full effort. But can he turn it on for the Championship? Even for the man that’s won it all and done everything in his career, the $1 million event surely gets his blood boiling.

At recent tournaments, FaZe Red and the fiery lineup surrounding ACHES looks like the best bet to topple OpTic Gaming’s prominence. But to do it they need ACHES to play like the player who won 19 tournaments. Watching that unfold will be one of the most exciting things at this tournament.

Since the release of Advanced Warfare, one of OpTic’s closest competitors is Denial. But the team split in half midway through the MLG season, with team captain Tommy “ZooMaa” Papparatto and Renato “Saints” Forza getting traded to Team EnVy in exchange for Jordan Kaplan and Clay “Clayster” Eubanks.

At the MLG Pro League playoffs starting on Feb. 22, the #whowonthetrade narrative’s played out in impressive fashion. The two teams met early in bracket play with EnVy taking out Denial, but the wolfpack stormed back to reach the tournament finals, outpacing EnVy’s top six finish. Then, at NA Regionals, the two teams repeated those placings.

Denial looks primed to be the top challenger to OpTic Gaming’s reign, but in the two finals in which they’ve faced off, Denial failed to win a single game.

Can Nadeshot legitimize his empire?

No player in esports history has done a better job at building their personal brand than Matt “Nadeshot” Haag save for the original pioneer himself, Jonathan “Fatal1ty” Wendel. But unlike Wendel, Nadeshot’s actual results don’t stack up to his massive popularity. This is his chance to legitimize his empire by winning the biggest Call of Duty event in history.

Nadeshot may not be the star performer of his team. He doesn’t need to be. But he’s the key: If OpTic Gaming fails, it’s because their weakest link wasn’t good enough.

Watch the 2015 #CODChamps Finals on @Xbox to get a Nanotech Personalization Pack & win more! http://t.co/iEkv4qMJKm pic.twitter.com/2Lgh0TJZXq

Okay, so maybe that’s not that exciting.

But seriously: The Call of Duty Championship is one of the biggest esports events of the year.  It’s the largest prize in console gaming and the largest individual tournament prize for first person shooters. It’s the culmination of a year’s worth of effort and blood and sweat from hundreds of players.

So if you have a minute to tune in this weekend, give it a shot. Call of Duty is often hard to watch. It’s a frenzy of carnage with little rhyme or reason. But it’s a spectacle. It’s fun. And it’s happening right now.