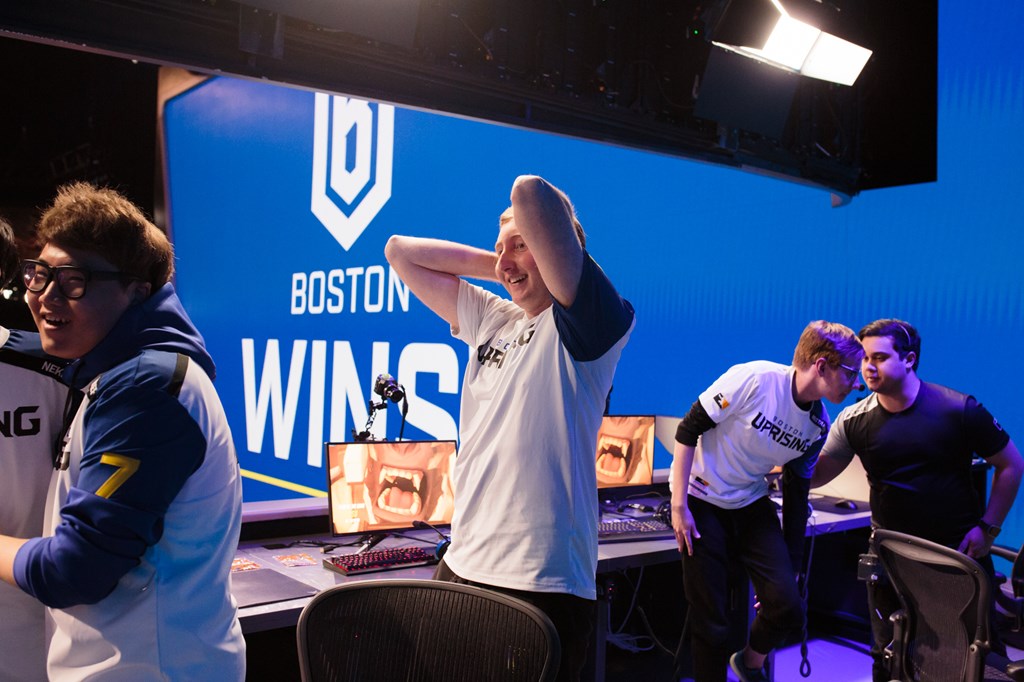 The Boston Uprising are the hottest team in the Overwatch League.

Uprising bested Seoul Dynasty in a 2-1-1 series on Friday, completing a clean sweep of the three OWL teams with all-Korean lineups in stage three. This is their 10th win in a row, threatening the record 11-game streak by New York Excelsior that Uprising cut short last week.

Seoul Dynasty played Boston close tonight, pulling out a surprise three-tank composition featuring Gong “Miro” Jin Hyuk on Reinhardt and Kim “Fleta” Byung Kim on Roadhog, which seemed to take Uprising out of their comfort zone on Blizzard World and Nepal. But even playing outside of their wheelhouse, Uprising proved resilient. They tied Blizzard World and recovered from a 1-0 deficit on Nepal to take the series, showing their own versatility with MVP candidate Kwon “Striker” Nam Joo pulling out his Junkrat instead of his favored Tracer to finish things.

The win streak is particularly impressive considering Boston lost their starting DPS player Jonathan “DreamKazper” Sanchez when they released him after alleged sexual misconduct. More than almost every team in the league, Boston favors playing their starting six and honing that lineup. It’s incredibly impressive that they haven’t skipped a bit with Stanislav “Mistakes” Danilov in the lineup, beating the league’s best teams with a new player.

While Striker is building a stronger MVP case each week as the league’s top Tracer player and one of the new superstars of Overwatch, today’s match also showcased the talent of support player Park “Neko” Se Hyeon. Neko is rarely mentioned among the league’s top Zenyatta players, despite posting numbers competitive with top players like London Spitfire’s Choi “Bdosin” Seung Tae. In this match, Neko showed his prowess on Zenyatta, charging his ultimate in a Bang “JJoNak” Sung Hyeon-like tilt, at one point building two ultimates in the time it took Mistakes to build a single Sombra ultimate.

Few expected the Uprising, a team built of outcasts and unknowns, to rank highly in the OWL. But after today, they’re 18-8, the second ranked team in the league behind the New York Excelsior, who they beat last week. They are now 5-0 on the stage with the toughest stretch of their schedule behind them, making them favorites to reach the stage playoffs so they can showcase their ability on an even bigger stage.

If they keep playing like they have the past two weeks, Boston Uprising could be your eventual OWL champions.