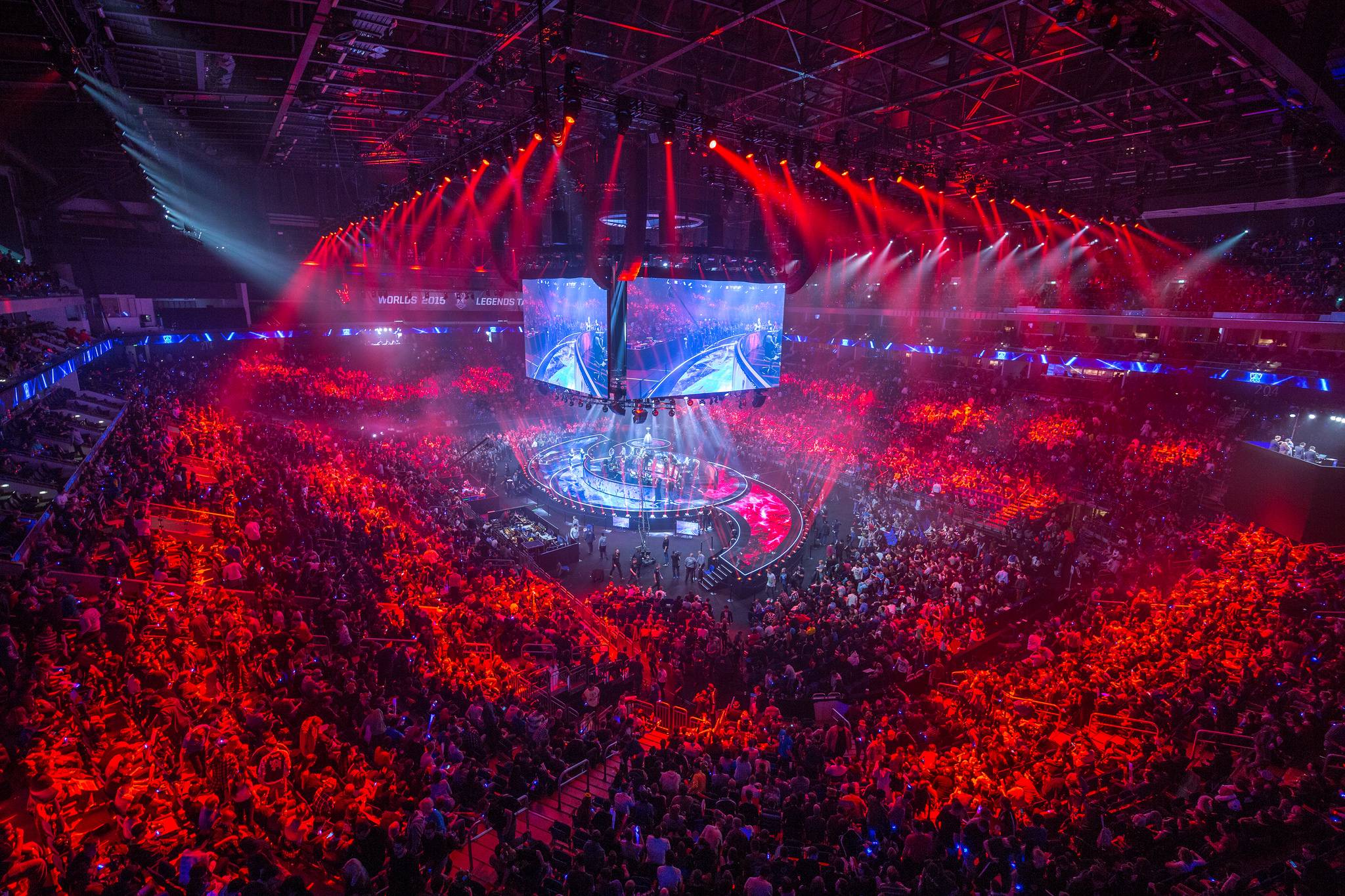 It seems like every year brings new and exciting developments for esports. But 2015 saw a number of big moves. Major media companies like ESPN, BBC and Turner took the plunge into into the industry, while major international investors established footholds in some of the industry’s most established brands.

Across the board in 2015, business was up. Viewer numbers, both at live events and online, broke records. More than 100,000 fans watched IEM Katowice in person, and 36 million watched the League of Legends World Championship final online. The esports ecosystem is supporting more games than ever. And more and more shoulder industries—journalism, legal services, analysis, merchandising—are becoming sustainable and profitable. If the business moves highlighted here, and others which are not, all prove to move the industry in the right direction, 2016 will be a gigantic year on a global scale.

This list highlights some of the biggest moves made by the biggest players in esports—both established and new.

The biggest business story of the year was easily Swedish media giant MTG effectively acquiring a monopoly of most of the Western world’s major esports events. MTG had tried its own esports ventures in the past, launching Twitch-alternative Viagame and running three Hearthstone Viagame House Cups that proved popular with the community. This year, however, the company went all-in. Its first move was for leading esports event organiser and broadcaster ESL, acquiring a 74 percent stake and majority control ESL’s parent company for an unknown fee.

Next on MTG’s shopping list was Swedish gaming festival and esports powerhouse DreamHack. This time, MTG purchased full control for about $28 million. The companies had worked together in the past, building an esports studio space in Stockholm in 2013. With both DreamHack and ESL under its control, MTG now holds sway a huge swathe of the biggest esports events: the DreamHack, ESL, and IEM event series, of course, but also some publisher-sponsored events like Valve’s Counter-Strike and Dota 2 majors and the esports side of Blizzcon. It is now arguably the most powerful corporate entity in all esports.

WME-IMG, the talent agency more used to representing people like Snoop Dogg and Lady Gaga, was another established media entity that made its first foray into esports this year, purchasing esports talent management company Global Esports Management on Jan. 21. The company now represents three of the most recognisable brands in esports—Dignitas, SK Gaming and Cloud9 as well as broadcasters, team owners and other personalities like Christopher “MonteCristo” Mykles and Carlos “Ocelote” Rodriguez.

DraftKings gets into team sponsorships

Esports finally got a slice of what has become one of the most lucrative sponsorship markets in sports this fall—daily fantasy. DraftKings, one of the industry’s big two, inked sponsorships with six of the biggest franchises in esports in what was rumored at the time to be a multi-million dollar deal. The company now sponsored Cloud9, Team SoloMid, Counter Logic Gaming, SK Gaming, CompLexity Gaming, and Mousesports. Though daily fantasy has been plunged into controversy in recent months with federal investigations into the legalities of the sites in the United States, DraftKings continues to offer dozens of League of Legends markets for all major tournaments.

Just one day after DraftKings’ sponsorship announcement, rival FanDuel announced an esports move of its own, acquiring leading esports fantasy site AlphaDraft. That site continues to operate as before, but is now incorporated inside the much-larger FanDuel—and has access to its far greater resources. While daily fantasy sites are facing increasing scrutiny, fantasy esports as whole looks strong—according to a report by Legal Sports Report, esports fans wagered over $250 million in 2015, so it’s no wonder the two companies fell over themselves to get involved.

Twitch gets the rights to Bob Ross

In what you might call a happy little accident, Twitch created perhaps the most unlikely streaming star in the history of the platform. Bob Ross may have passed away years ago, but his Joy of Painting series lives on, and the show was given a brand new lease of life this year. To celebrate the launch of Twitch Creative, which allows artists to broadcast on the platform, Twitch ran a marathon of the full series in November. Bob Ross was an inexplicable smash hit. The KappaRoss emote became one of the most popular on the site instantly. To date, the Boss Ross Twitch channel has nearly 4.5 million views and has attracted widespread media attention. Not bad for a 30 year-old painting show.

Everyone gets a circuit of majors

In 2015, three different esports announced moves from one singular annual premier event to a circuit of majors. The trend was started by Counter-Strike in 2014, and Dota 2 soon followed suit. Keen to address criticism that the Dota esports scene was so skewed towards The International every year, Valve announced three additional major events to sit alongside The International—each with a multi-million dollar prize pool. Hearthstone and Heroes of the Storm will also have their own publisher-backed majors circuits this year. The total prizes on offer for those two games from Blizzard will jump from $750,000 in 2015 to as much as $4 million next year.

Esports found one of its biggest television broadcast partners to date this year. The UK’s national broadcaster, the BBC, showed the quarterfinals of the League of Legends World Championships matches live from Wembley in October. The matches were available in 20 million homes—around 80 percent of the country. By bringing in industry veterans like Leigh “Deman” Smith, the broadcast had the goodwill of the hardcore fans, but also provided an avenue for indoctrinating casual British fans. BBC Three, the channel that handled the broadcast, is moving completely online next year and esports could be a perfect fit for the network going forward.

Heroes of the Dorm is a hit on ESPN

Heroes of the Dorm was a collegiate event featuring teams from around the United States playing Blizzard’s new MOBA Heroes of the Storm. Not only was it one of the biggest collegiate esports events seen in the West, the final was broadcast on ESPN2. Not only was it the first televised Blizzard tournament, it featured a game that wasn’t even officially released yet. This was a watershed moment for esports. While the players may have been unfamiliar, popular casters Dan “Artosis” Stemkoski, Nick “Tasteless” Plott and Sean “Day9” Plott were on hand to try and give casual esports fans a reason to tune in. While there has been no indication of a follow Heroes of the Dorm event or more esports on ESPN, Heroes of the Dorm was a pioneering event that did a lot of good for Blizzard and the entire industry.

The offseason ahead of the 2016 League of Legends Championship Series has been perhaps the unpredictable ever. A number of teams have looked to up sticks and sell their spot altogether. Team 8, Gambit Gaming, Dignitas EU and Team Coast have all changed hands, with some of those team sales ushering a new generation of investors into esports. Immortals, who purchased Team 8’s place in the league, boast investors like Nerdist founder Peter Levin, Allen Debevoise of Machinima, and Linkin Park. Yes, the actual Linkin Park. NRG’s (formerly Team Coast) new owners are former Apple Executive Andy Miller and 24 Hour Fitness founder Mark Mastrov—both of whom own stakes in the Sacramento Kings NBA team.

Sure, the league won’t actually launch until 2016, but its announcement alone was one of the biggest esports stories in 2015. With $1.2 million on the line each season for the WME-IMG run league, Turner is betting big on esports. But it will have to walk a tightrope in the coming months as it attempt to balance the desires of hardcore, established fans even as it molds the game for a mass market appeal. If it can do that, and achieve good ratings while taking the existing fan base with them, then this could be a significant breakthrough for esports.