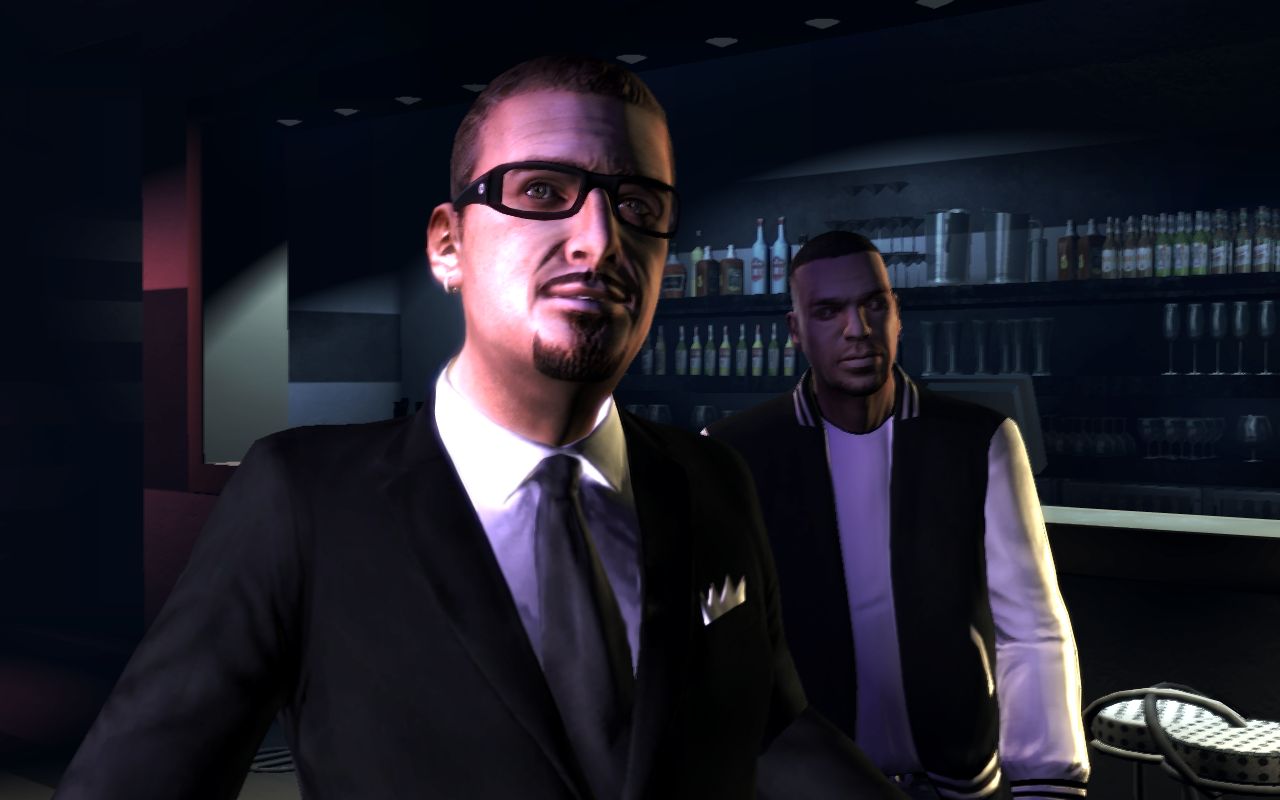 Rockstar has a long history of delivering more than what players ask for and producing some of the most expansive and controversial video games in history. Almost all of Rockstar’s games required a lot of hard work, which has given life to some of the best titles in video game history and resulted in great financial success for the company.

While it may take the company years to release new games, given the amount of care that goes into each title, some fans can understand why it takes so long. Here, we’ve ranked the best games Rockstar has made.

The change to 3D was welcomed since robbing cars, blowing things up, and shooting at people look much cooler in 3D. The title also featured a heavy mafia presence, which Rockstar expanded upon in Grand Theft Auto: Vice City.

Claude is so well-liked that he eventually made it to Grand Theft Auto: San Andreas and is even a parent character model in GTA Online.

Rockstar made Grand Theft Auto 4 and experimented with a lot of different things. A new world filled with GPS, phones, the internet, and many of the conveniences we enjoy in the real world is depicted in GTA4. A lot of what was put into GTA4 eventually made its way into GTAV, although it was much more developed, and a lot of what was left behind wouldn’t have been missed.

The physics engine in GTA4 was a huge highlight since it was better than any previous installment in the series. Someone who was shot in the leg was crippled and their reactions varied depending on where they were shot. The cars also looked more realistic and the tires deflated slowly rather than exploding.

Despite being the most realistic of the series, and having better drinking and fighting mechanics, GTA4 still can’t compete with the other games’ stories.

While the Midnight Club series is missed, it changed the landscape of racing games. At the time, you could race in the streets, slam into other cars, and laugh as you used your powers to make someone’s day worse. Nowadays, racing games are far more realistic and require realistic physics.

Midnight Club 3: Dub Edition took the best qualities the series had and kept them. Players could customize their cars, use powers, and become nearly unstoppable. The soundtrack was also great and players were encouraged to make choices for cosmetic reasons rather than simply making their cars faster.

Grand Theft Auto: Vice City was the title where Grand Theft Auto games started moving away from just being rampage simulators and gave players a reason to feel like a badass. Ray Liotta (Goodfellas) voices Tommy Vercetti, one of the most beloved characters in GTA history. Tommy works for the mafia and is tasked with taking over Vice City. This seems straightforward, but Tommy must do a lot more to survive.

While this game allows players to buy properties and become successful businessmen, rival gangs won’t just allow you to step into their territory. Thus, you’ll have to kill, rob, and intimidate your way to becoming the undisputed king of Vice City.

It is probably the most fun to run a business in the GTA games that include this feature, and we wish it would continue to be available, but this feature appears infrequently.

In the past, Rockstar was the subject of heated debates on whether games are harmful to children. It looked bad when every game seemed to encourage killing and maiming innocent civilians. Thus, the company chose to focus on a game where you couldn’t kill anyone, Bully, which is still a popular title today.

Players take control of Jimmy, who transfers to Bullworth Academy since his mother is on vacation. Seeing the injustices of the school, Jimmy decides to change it all, leaving a lasting impression on anyone who played the game.

Going to classes, making friends, and getting into teenage hijinks is fun, but the story itself was one of Rockstar’s best works. Some fans said the story rivaled The Chocolate War by Robert Cormier since it made you think about how hard it is to be a kid who goes against the grain.

Rockstar really pushed the boundaries with Manhunt. In Manhunt, players take on the role of James Earl Cash, a death-row inmate who has been put in a game where he must kill other prisoners as brutally as possible.

As Cash tries to make sense of everything, viewers watch him brutally kill the inmates on a reality show. Other inmates also try to kill Cash. Even though the game ultimately exposes a corrupt police department, the player is still rewarded for unnecessarily killing others.

It’s easy to see why the game has been banned in many countries, but it’s fun to play because you have creative control over how your enemies are killed and you feel pretty powerful.

The Warriors is based on The Warriors movie, but it begins before the events of the movie. The Warriors shows how the gang was founded and introduces the movie’s characters and how they joined the gang. It follows the movie’s events pretty closely when the story finally hits that point.

In The Warriors game, players can walk around Coney Island, play with their unlocked characters, and do whatever they want to do. The best part of the game was the combat since it was a brawler in its purest form, which felt chaotic and really as gang wars should. Players could set up battles between rival gangs and watch the mayhem unfold.

The Warriors is a game that Rockstar needs to remake since today’s graphics and capabilities would do it even more justice.

A World War II veteran and former U.S. Marine Corps officer, Cole Phelps, is a detective in L.A. Noire, investigating crimes such as murder and homicide.

When Rockstar made this game, realistic facial capture was a new technology and Rockstar made sure to use it as much as possible. The players must read the suspect’s faces to tell if they are lying. Doubting suspects and presenting evidence as to why they are not telling the whole truth is a fun, if not stressful, part of the game.

Shootouts and chasing suspects are part of the experience, and it shows how much potential there could have been if you had done more regular police work rather than just going from huge case to huge case.

We are doing Grand Theft Auto V and GTA Online as two separate entries since GTAV and its multiplayer are very different experiences. GTAV was entertaining because it told a compelling story about three criminals who find themselves overwhelmed by circumstances beyond their control. This entry brought almost everything fun from the series into a neat package.

The acting was fantastic, the story was unforgettable, and the players experienced a wild time like no other. Additionally, there were the side stories, which allowed players to see how many of Rockstar’s worlds are actually interconnected. A game like this would have been great on its own, but the multiplayer took it to a whole new level.

Red Dead Redemption is one of the best Rockstar games ever made. For a long time, it was assumed that you couldn’t make a fun video game about the Wild West, but Rockstar proved that you can do it while keeping true to the western theme.

In Red Dead Redemption, you can enjoy horse riding, shootouts, gambling, and an unforgettable storyline. You play as John Marston, who the U.S. government blackmails to round up members of his former gang. The government is holding John’s family hostage and he will do anything to protect them.

Due to how beloved Marston was in Red Dead Redemption, he has long been considered one of the best main characters in any game series.

GTAV’s online counterpart, GTA Online, was released a month after GTAV and is free for anyone who has purchased GTAV. Finally, players could go through Grand Theft Auto together and create their own characters who would interact with the world after the main story unfolded.

Having fun playing multiplayer games will always be possible since you are playing with friends. The fact that GTA Online gives players so much freedom in creating levels, creating their own criminal empires, and performing heists has given the game an identity all its own.

Despite its age, Grand Theft Auto: San Andreas is still loved by many Rockstar fans because it starts players off with nothing and lets them live the life of CJ. The players of GTAV get the nice house with Michael De Santa and they don’t really feel the effects of getting richer since even Franklin is just given nice houses.

In Grand Theft Auto: San Andreas, CJ is skinny and broke and lives in the ghetto. Players feel progression as they build up their gangs and feel it when it is taken away and then returned. By playing as CJ, players build up their fortune and wealth and experience his losses on a much more personal level, making them relate to him more than any other character in the series.

The game also gave players a reason to care about their gang and the feeling that crime was the only way to freedom. In contrast, other GTA games (except GTA4) made their characters feel like sociopaths who just want to get ahead in life by any means necessary.

Red Dead Redemption 2 is the best game Rockstar has ever made, without a doubt. There was a time when fans thought you couldn’t replace John Marston, but Arthur Morgan is a lovable character right from the start. It’s hard to understand why John would join a gang in the original, but being Arthur Morgan and struggling to keep what amounts to your family safe from the treason of the old west makes everything make sense.

The game is a prequel to Red Dead Redemption and it explains a lot of backstory for the original, to the point that it feels like a complete experience.