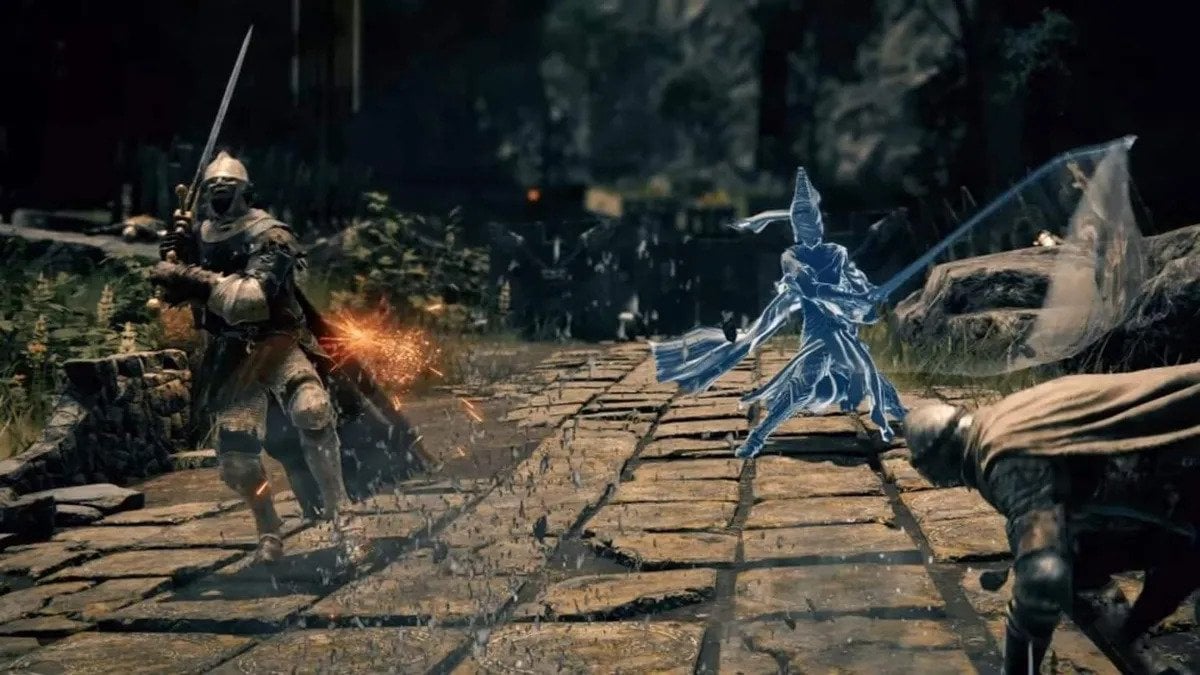 PvP has been a staple of all of the FromSoftware games. With the advent and subsequent popularity of Dark Souls, PvP has become just as crucial as PvE, with a lot of the older games’ population still thriving on an active PvP player base despite long since finishing the game’s story.

As such, Elden Ring has taken the classic invasion PvP concept of the previous games and polished it even further in FromSoftware’s latest installment of the games. This refined version allows players to tune the invasion system further so they do not have to worry about getting attacked during a difficult mission or area.

Many of these invaders (or the player themselves) end up utilizing special builds to make PvP as smooth as possible for them. Some builds focus on dealing heavy damage while others specialize in inflicting status effects like Bleed, Poison, Scarlet Rot, Frost, and Madness. On the magic front, sorceries can do heavy damage via Intelligence builds while incantations do the same through Faith.

Each of these builds will be detailed based on the primary stat of the build and the best possible choice for each stat. We will start off with the best Strength build.

Based on the classic manga Berserk from the 80s, written by the late, legendary manga artist, Kentarou Miura, this Strength build takes inspiration from its main character Guts. This build is based on greatswords and is extremely focused on destroying targets as quickly as possible, often with one shot.

This build involves buffing oneself with Flame, Grant Me Strength, and Golden Vow while using Royal Knight’s Resolve via the greatswords to do a huge burst of heavy damage. This is further amplified by the fact that there are two greatswords attacking in succession. If the first hit doesn’t kill the invader (or victim), the second definitely will.

Dexterity – Master of the Blade build

The main meat of this build comes from the Rotten Winged Sword Insignia and Millicent’s Prosthesis in combination with each other. This will ensure that consecutive hits will do more damage over time, including adding in bleed procs with each attack. This will make sure no invaders leave alive, or at the very least, will dishonorably retreat.

This build focuses on pure sorcery power. Even though this is a PvP build, its utility in PvE cannot be ignored. Comet Azur is quite possibly the most overpowered sorcery in the game, just shredding bosses and Tarnished alike. If used in PvP, however, the slow start-up time of this spell can be its downfall, as it is easy to avoid for experienced players who can see it coming. In PvE, the only drawback is the massive FP sustain needs, which can be taken care of with a certain wondrous physick.

As far as the PvP aspect goes, Moonveil is quite possibly the best katana in the game, with its special ability, launching a slash of pure glintstone magic that ignores armor entirely, making for a great invader killer. In PvE, this katana shreds bosses with the same finesse as it does other Tarnished. With the Graven-Mass Talisman boosting all sorcery damage, this build is an all-around favorite of players everywhere.

In PvP, this build essentially lets you run into enemies after buffing up with Vyke’s Dragonbolt, spamming Bloodhound’s Step to close the gap while staying on them and attacking with the Twinblade. Whenever an opening presents itself, any of the three lightning incantations will decimate whatever is leftover from the invader’s HP.

Not much to say about this build, every Elden Ring player knows by now how overpowered Rivers of Blood is. Apart from the innate bleed effect of its katana status, its Corpse Piler ability just further embodies the bloody nature of this weapon. Causing rapid blood loss once an enemy is caught in its combo, there is very little they can do except bleed out.

Add to this, the White Mask combined with the Lord of Blood’s Exultation buffs damage and attack rating every time bleed procs, while the Rotten Winged Sword Insignia buffs each hit with more damage, including the six from Corpse Piler. The Carian Filigreed Crest and Shard of Alexander make sure that the FP costs and damage of the spell stay up to par till the endgame.