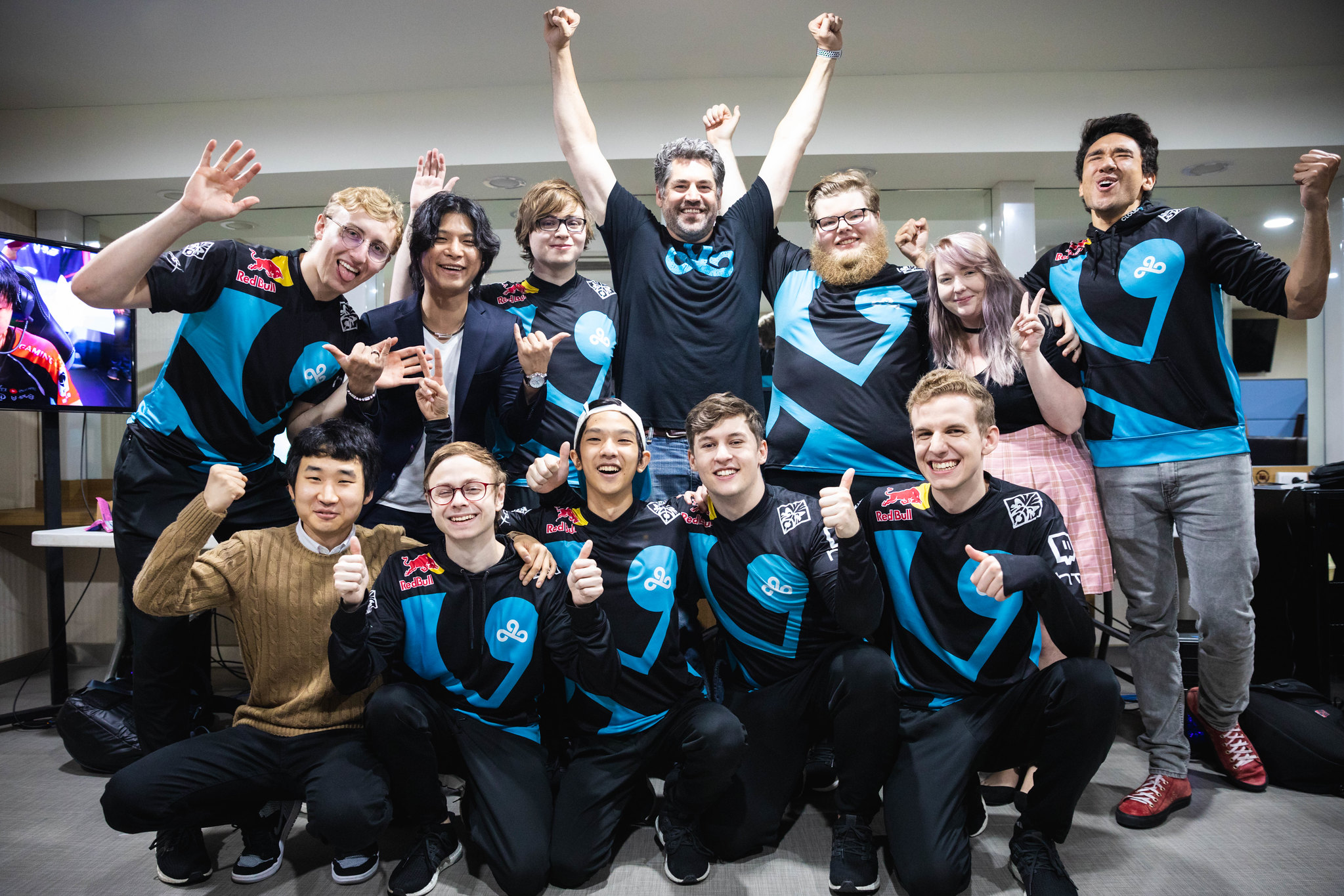 Despite its massive global presence, it may be hard to believe that Cloud9 has only been around esports for less than a decade. It formed in January 2013, then reformed months later in May with the legendary League of Legends roster of Hai, Balls, Meteos, Sneaky, and LemonNation. Cloud9 has been a staple of North American and international League since, winning four LCS splits, four sets of regional finals, and reaching every Worlds except for 2020. In the 17 LCS splits they’ve played in, they’ve only finished outside the top four a total of four times.

C9’s winning ways are not endemic to just League of Legends. The organization operates the London Spitfire franchise in the Overwatch League, where they conquered the title of the inaugural season one champions. Its Korean Rainbow Six Siege roster was one of the most dominant in the APAC region for nearly two years. And C9 produced one of the most iconic esports moments in history when their North American CS:GO roster became the first NA team to win a major, in front of a delirious crowd in Boston.

Cloud9 stopped competing in several of these titles, including CS:GO, Siege, Dota 2, and Rocket League. But while the number of titles they compete in has dwindled, they’re as competitive as ever in the games they’re still active in. Here are some of the best players in Cloud9 across a series of esports.

This list begins with the game where Cloud9 got its start. It’s hard to nail down the best player from their current lineup, however, given how stacked it is. Zven rallied from a lackluster TSM campaign to become the best AD carry in the LCS for three straight splits, and he and mid laner Perkz are the only two players to win EU and NA domestic titles. Fudge and Vulcan are two of the best at the top and support positions, respectively. But you have to hand it to the electric jungler and the two-time MVP, NA’s own Blaber.

While his future teammates in Zven and Perks were competing atop the EU LCS and at Worlds, Blaber was joining Cloud9 as a substitute on the Academy roster in late 2017. He didn’t even play in the Academy League Spring split, but bodied everyone in the summer, prompting C9 to call him up to the main roster for the Summer 2018 split. He won Rookie of the Split and would share Jungler duties with Svenskeren through 2019.

Finally, C9 gave Blaber the job permanently in 2020, and he and the team dominated the 2020 Spring split. In addition to Blaber winning MVP honors, C9 only lost one game to TSM in the regular season, swept the All-Pro first team, and lost just one game to EG in playoffs. Over the next three splits, he’d earn two more first All-Pro team nods and another MVP award. Now he and C9 head to Worlds 2021 with him as the permanent Jungler for the first time.

Mango is one of the greatest Melee players of all time, considered by many to be the greatest, and is one of the “Five Gods” who make up the Mount Rushmore of Melee, alongside Armada, Hungrybox, Mew2King, and PPMD.

Mango has been winning Melee events for over a decade now and joined the ranks of Cloud9 back in 2014. His rivalry with Armada is iconic, with 50 sets and over 200 games between two players considered the absolute best, as the only two players to ever win the Melee bracket at EVO twice. He’s also won MLG Anaheim and four different tournaments at The Big House, amidst a huge collection of victories at other smaller events.

His glory days aren’t behind him since he claimed another big trophy as recently as July 2021 at Smash Summit 11. He’d gone to all 11 Summits, finishing top four in over half of them, but finally claimed victory in a historic grand finals comeback against Golden Guardians’ Zain. He’s the ManGOAT, no doubt about it.

It’s only been less than a month since the organization signed him, but Cloud9 is betting on vanity’s IGL capabilities to be a key difference-maker for their C9 Blue VALORANT roster. By bringing in vanity, C9 has effectively united him with his former teammates from the Chaos Esports Club’s CS:GO roster, Xeppaa and leaf, something all three players had expressed interest in doing since leaving for VALORANT.

Flashing back to the days of Chaos, the CS:GO team had a tremendous 2020 campaign with vanity at the helm, capped off with wins at IEM Beijing NA and DreamHack Masters Winter NA. Despite this success, Chaos parted ways with the roster, and vanity headed to VALORANT. Less than three months after making the switch, vanity led the Version1 roster to a spot at Masters Two Reykjavik, where they stunned Team Liquid before finishing fifth/sixth with a stand-in.

Now reunited with his old teammates, Cloud9 Blue and vanity have their sights set on the NA Last Chance Qualifier, a ten-team tournament featuring his former side in Version1, and just a single spot at Champions up for grabs.

While the Cloud9 Blue roster is chasing VALORANT dominance in North America, the women’s Cloud9 White roster has already claimed it. After crushing the competition at FTW Summer Showdown with a perfect run, the MAJKL roster was picked up by Cloud9 in October 2020. They went perfect again at the first VCT Game Changers event, bodying every team in the open qualifier and the main event without dropping a map. They repeated as champions at Game Changers Two, only losing a single map to Shopify Rebellion in the open qualifier.

Jazzyk1ns played more of a backseat role in the team’s Game Changers One victory but still finished in the top echelon of players in ACS and KD. When the team moved on from Keiti afterward, Jazzyk1ns got bumped back into the starting duelist role permanently and even added Sage into her agent lineup en route to another star performance at Game Changers Two. There, she finished top five in ACS, KD, and first kills per round, fueling the team’s second straight Game Changers win.

While the team’s track record at open qualifier events doesn’t feature any prominent wins or tremendously deep runs yet, the team says that these events have provided a tremendous boost to their play at Game Changers events. Jazzyk1ns and Cloud9 White will seek to go for the Game Changers three-peat at the next tournament that begins late September.