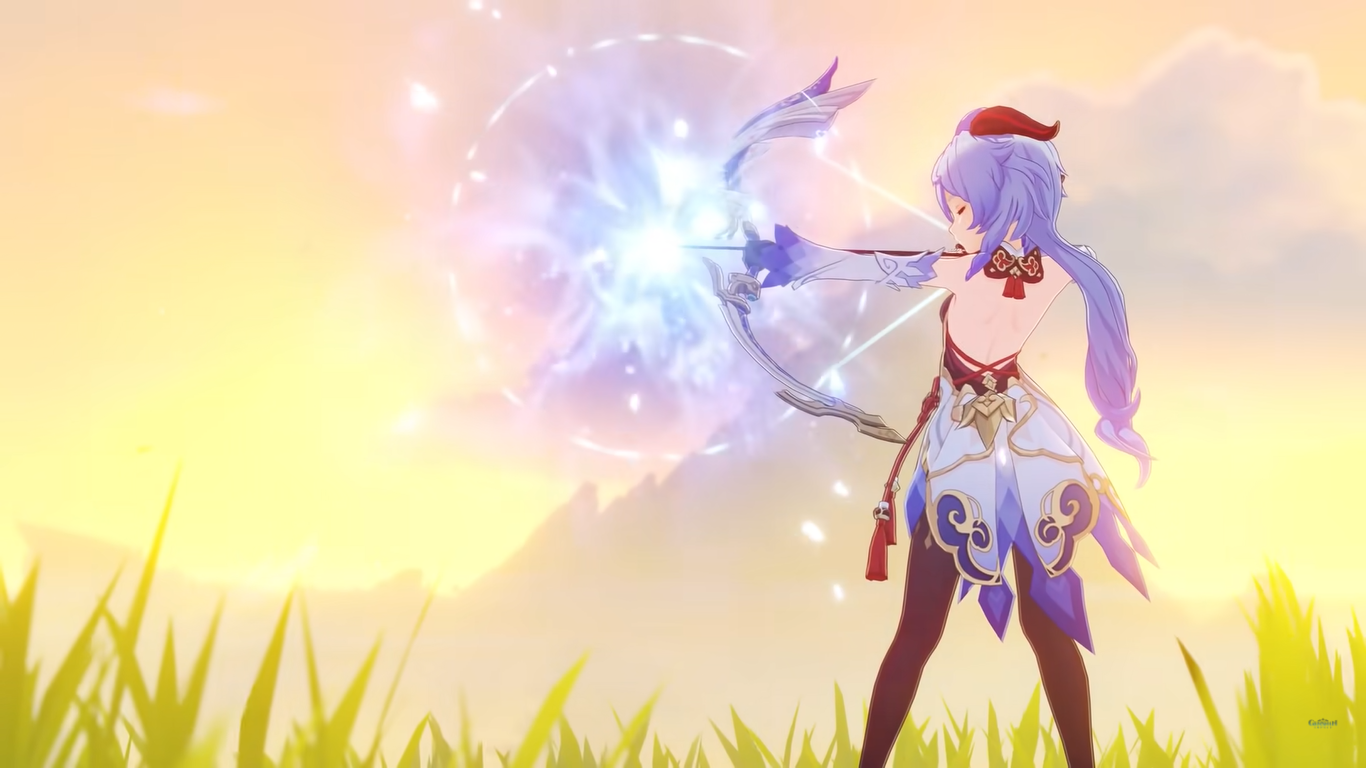 Regarded by most of the Genshin Impact community as the best Bow character thus far and even potentially the highest damage dealer of any character, Ganyu’s impressive Cryo abilities and high damage output mark her as one of the most highly sought-after characters in the game.

Ganyu’s impressive abilities are less surprising when you take into account that she is a half-qilin Adeptus, which means that in the world of Teyvat, she is half-human and half-god. Ganyu is among other Adepti including Rex Lapis, Xiao, and Cloud Retainer.

While Bow characters rarely make strong damage dealers and usually function better as support, Ganyu is the exception. She is generally known as the most powerful Bow character in all of Genshin Impact and one of the strongest damage dealers all around when built right.

As is the case with most of the best five-star characters in Genshin Impact, Ganyu has only had two banner runs so far. This means that she is quite rare and unattainable except for when her special featured banner “Adrift in the Harbor” runs as one of the temporary banners.

While Ganyu is regarded as a powerhouse among Genshin Impact’s characters, building her right is essential in maximizing her overall potential. Here is a complete breakdown of everything you need to know to build Ganyu in the best way possible for her overall functionality.

While there are many bows to choose from in Genshin Impact, players should choose Ganyu’s weapon carefully because weapons and their statistics are an essential part of building characters. Ganyu can function as either a primary damage dealer, secondary damage dealer, or support, but she shines best as the primary damage dealer on teams, so her bow should be one that helps to increase her overall damage output.

This five-star bow is regarded as one of the best bows in Genshin Impact because it is incredibly versatile and powerful. The “Strong-Willed” ability of this bow increases Normal and Charged Attack damage by 12 percent. Additionally, after a Normal or Charged Attack occurs, the damage dealt increases by eight percent every 0.1 seconds that the arrow fired is in the air for up to a total of five times. Of all the bows currently available, Amos’ Bow is the best choice for building Ganyu as your main damage dealer.

You can never go wrong with the five-star Skyward set because they are the easiest five-star weapon series to attain and they are fairly powerful. The “Echoing Ballad” ability of Skyward Harp increases Critical Damage by 20 percent. Hits dealt by this bow also have a 60 percent chance to deal 125 percent Physical Attack damage within an area of effect. This effect may only occur once every four seconds.

Five-star bows are difficult to attain, so players looking for suitable four-star options for Ganyu should try Hamayumi. This bow is attainable through a quest series, making it easy for any player to get.

This bow is another solid four-star option. The “Unreturning” ability causes Charge Attacks that hit weak points to then increase the wielder’s Movement Speed by 10 percent and Attack by 36 percent for a total of 10 seconds.

Another four-star bow that is decently easy for any player to obtain, The Stringless primarily increases the damage output of Elemental abilities. The “Arrowless Song” effect increases Elemental Skill and Elemental Burst damage by 24 percent, which works great for increasing Ganyu’s Cryo damage.

Every character in Genshin Impact has a balance between powerful abilities and complex drawbacks, so while Ganyu may be an excellent damage dealer, she does also come with a few drawbacks. The only drawback that can be a big problem is her low health, but luckily this can be easily fixed by choosing individual Artifacts that have statistics to help boost her overall health. Players should also consider mixing and matching different two-piece sets since this oftentimes produces the best results.

This Artifact set focuses on increasing damage output, making it the perfect choice for building Ganyu as the main damage dealer on your team. The two-piece set simply increases Attack by 18 percent.

When the character a four-piece set is equipped to uses an Elemental Skill and the character has 15 or more Energy, they then lose 15 energy, and the damage dealt by Normal, Charged, and Plunging Attacks increases by 50 percent for 10 seconds. The effect cannot be triggered again while it is already active.

The Artifact sets that focus on building a character’s Elemental powers are always a great choice because Elemental Reactions are the most powerful form of damage output in battle. The two-piece set of Blizzard Strayer increases Cryo damage by 15 percent.

While this set is not the most versatile, it can be quite useful for those who excel at taking charged shots with bows. The two-piece set increases Elemental Mastery by 80. The four-piece set increases the damage caused by Charged Attacks by 35 percent if the character is a Bow or Catalyst character.

A lot of materials are needed, but since they are gathered in smaller clumps across each Ascension level, it is not as difficult as it looks and mostly just takes a bit of time and patience. A breakdown of how the Ascension material numbers look across all Ascension levels is as follows.

Ganyu’s Talent Materials are also on the easier side to obtain and mostly require players to take on some of the easier foes in Genshin Impact. Players will need to regularly face Whopperflowers for the various kinds of Nectar and take on Childe in the “Enter the Golden House” Domain for Shadow of the Warrior. Additionally, players will need to consistently visit the Taishan Mansion in Liyue on Tuesdays, Fridays, and Sundays to obtain the different required levels of Teachings of Diligence.

To completely upgrade all of Ganyu’s talents, players will need a total of 1,652,500 Mora, six Whopperflower Nectar, 22 Shimmering Nectar, 31 Energy Nectar, three Teachings of Diligence, 21 Guide to Diligence, 38 Philosophies of Diligence, six Shadow of the Warrior, and one Crown of Insight.

Ganyu is not currently available as a featured five-star, which means that as of May 2022, she is unattainable until the next rerun of her banner “Adrift in the Harbor” occurs. While she has only had two runs thus far, her last one was fairly recent and ran from January to February 2022. This means that it will likely be a while before she gets another run.