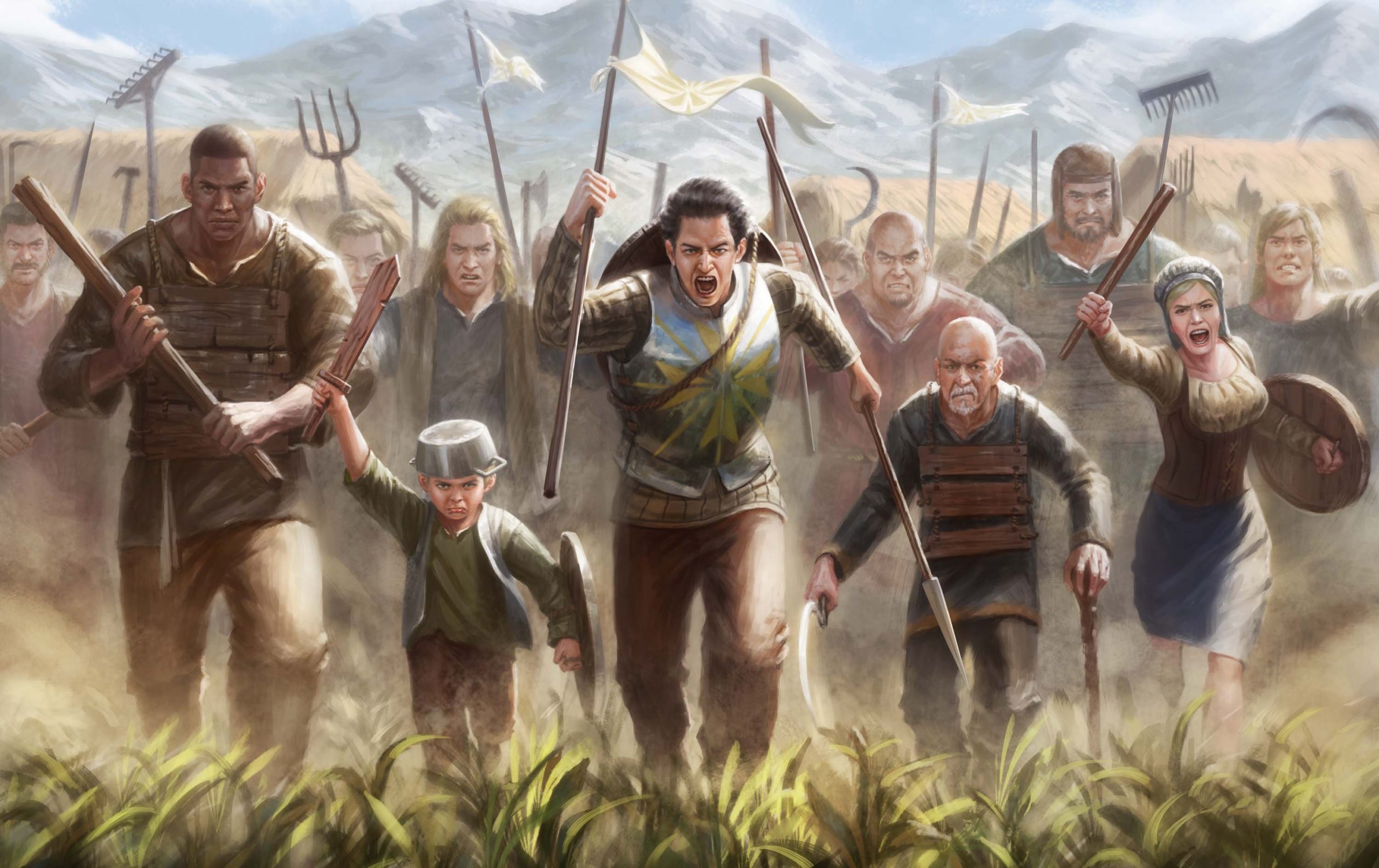 Card games can be difficult to get into because of the wide range of products and complicated gameplay being barriers to new players.

Flesh and Blood is a newer trading-card game on the scene, releasing its first set, Welcome to Rathe, in 2019. The gameplay focuses on Hero cards that battle against each other. Its rich resource system and equipment mechanic set Flesh and Blood apart from other card games on the market.

Getting into Flesh and Blood can be difficult. A cursory glance at prices for cards will show expensive collector cards that regularly sell for over $100. Metagame staples like Fyendal’s Spring Tunic sell for $170. However, Flesh and Blood does have a selection of some of the most affordable preconstructed decks in the trading card space.

Blitz is a constructed format that boasts faster games and allows for more variety with deckbuilding due to its lower power level compared to Classic Constructed. Blitz is also the format Flesh and Blood’s preconstructed decks are built for.

These preconstructed decks are great entry points into Flesh and Blood and can be competitive at local Armory events with only slight upgrades, generally to the equipment slots. There are 13 Blitz decks available for purchase in local game stores or online retailers. Nine of these decks are regularly available at around $10 to $18. These are:

The four original Blitz decks are significantly more expensive because they are out of print and considered collector’s items. Katsu, Bravo, Rhinar, and Dorinthea are the four Heroes that are going to be the most difficult to find Blitz decks for. Flesh and Blood recently released a Classic Battles: Rhinar vs Dorinthea product with two decks, but at $50 the value isn’t excellent compared to the variety of cheaper options out there.

Here are the four best Flesh and Blood preconstructed decks.

There’s a lot to like about the Oldhim preconstructed Blitz deck. Oldhim is one of the best Hero cards in the format and this deck contains a lot of the tools found in top-tier Oldhim decks. It’s one of the hardest decks to pilot. It rewards players that spend time with the deck and discover the best time to switch from defense to offense. This is a great way to learn the rhythm of Flesh and Blood and what it means to “turn the corner” as a control deck.

Key cards in the deck are Glacial Footsteps, Thump, and Titan’s Fist. As a weapon, Titan’s Fist is a strong budget option that can translate well to mid-power matches.

Prism is a powerful Light Illusionist that uses spectral shields and light attacks for an intriguing midrange gameplan. Prism is another Hero that’s a part of top lists in Blitz, however, the Prism preconstructed deck supports a different gameplan.

It’s not a bad deck. The list is filled with useful cards and a special mentor card. These are a part of the Monarch series of preconstructed decks. The Librarian rewards the player for playing spectral shiels and acts as a late-game tutor. The art also stands out with its alternate frame and standout art by Frederico Mussetti

Rangers are exhilarating to play in Flesh and Blood. They play attack actions from the arsenal to represent loading an arrow into a bow. Playing Ranger is a fast-paced tactile experience that’ll have you moving cards between zones and feeling each action.

Lexi’s elemental fusions allow her to be built in different ways. The deck is strong and can overwhelm the opponent with multiple attacks, leaving them with few resources for their own offense. Her weapon Shiver is a solid option that scales into high-power tables. It’s a versatile piece of equipment that can give attacks either dominate or a +1 buff.

This is another deck that acts as a strong introduction to Flesh and Blood because it follows unique lines of play. The player is able to grow with the deck as their knowledge grows too. Levia uses the blood debt mechanic and banishing cards to win games.

Levia is one of the harder decks to pilot, but the basic tenets are similar to that of Oldhim; you want to block a lot to stay alive in the early game. Once the time is right then you want to set up a big attack for 10+ damage. Navigating the different blood debt downsides and mitigating their impact with Levia is key to winning.