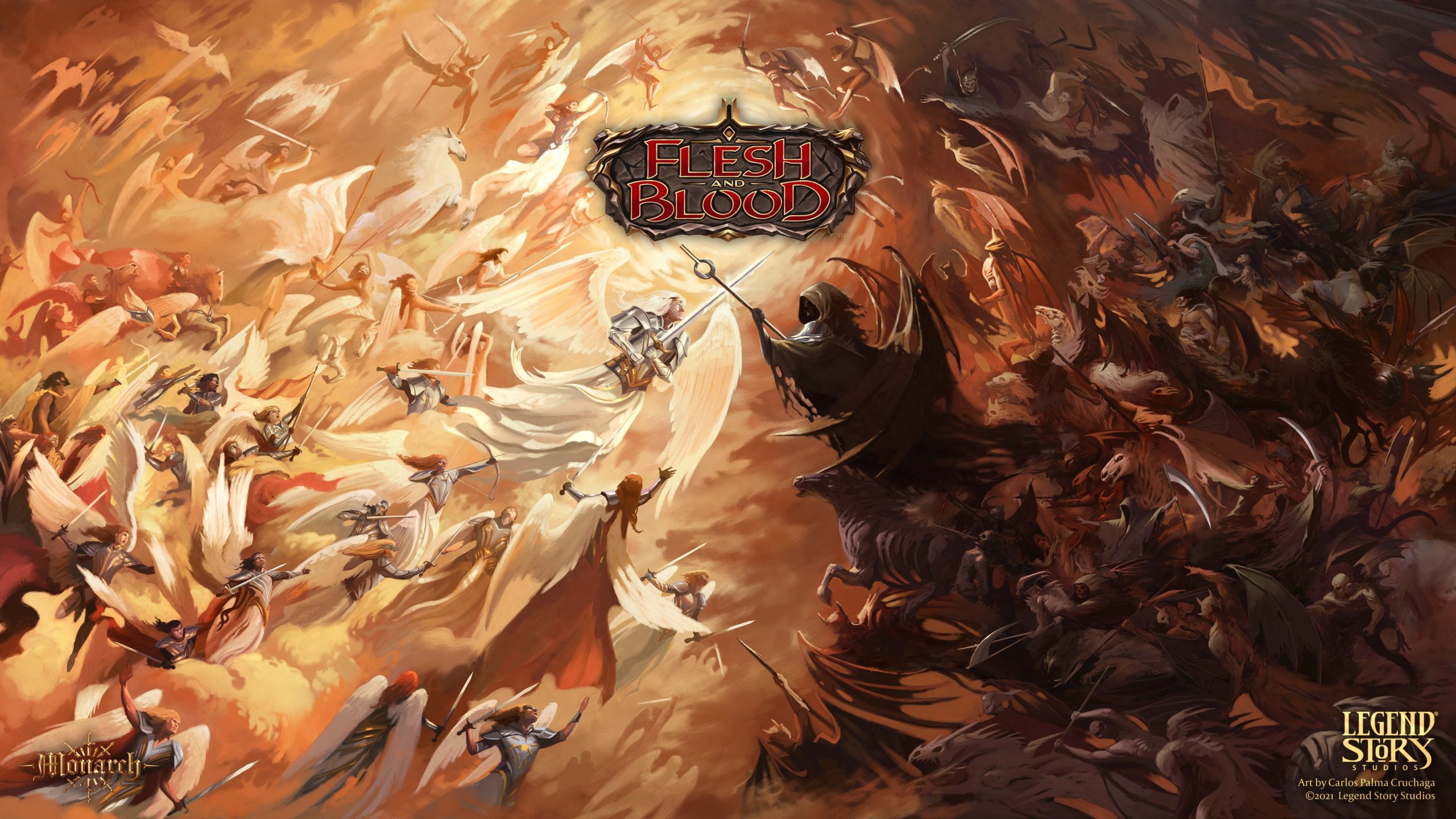 Flesh and Blood is a growing trading card game in a market traditionally dominated by the big three: Pokemon, Yu-Gi-Oh, and Magic: The Gathering. The gameplay of Flesh and Blood is defined by its deckbuilding restrictions, powerful equipment effects, and various angles to attack the opponent.

A highlight of Flesh and Blood is its two constructed formats Classic Constructed and Blitz. Two players battle with either young or adult versions of Hero cards that define what the deck can do. Both formats have unique identities. Certain Hero cards are solid in both, but the smaller Hero pool in Blitz leads to different threats that require specific answers.

There are frequent in-person events that showcase the shifting meta in Flesh and Blood. These top decks are determined by top eight performances at Pro Quest, The Calling, and Pro Tour events. With an emphasis on in-person play, the formats move slower than other card games with digital clients where players can get in thousands of matches in a short time period.

Here are the top five Flesh and Blood decks.

Bravo, Star of the Show

If you look at any top eight since the release of Everfest on Feb. 4, Bravo will generally be a fixture. Bravo, Star of the Show is a Guardian who is considered one of the best decks in Classic Constructed because he can dish out massive chunks of damage in one fell swoop.

The game plan is standard for most Guardian Hero cards in Flesh and Blood. It leans on solid defensive cards that impede the opponent’s attacks. As the opponents run out of resources, the Bravo player can set up turns that deal massive damage. One major benefit of running a deck led by Bravo is the ability to run Earth, Ice, and Lightning cards.

Bravo’s diverse elemental cards not only help it win, but also adapt to a changing meta.

Prism is another top-eight mainstay with a nonlinear game plan that rewards creative deckbuilding and skilled players. Prism leans on a suite of powerful Aura cards and Luminaris, a key Weapon that turns Auras into weapons.

Prism has a favorable matchup against some of the top Guardian strategies like Bravo and Oldhim, making her a good choice. Blitz is a format in which Prism isn’t exemplary but still has many favorable matchups, particularly against Oldhim.

In both Blitz and Classic Constructed, Viserai is a powerful Hero that commands some of the best decks in the game. Viserai made up five of the top eight decks at The Calling Poland. As one of the game’s best aggro builds, this Runeblade Hero can blast an opponent in one turn or delete them from the game with a torrent of damage.

Viserai consistently shows up in the top eight of Pro Quest events but not at the rate of other staples like Bravo, Prism, and Chane. Still, Viserai’s staying power is impressive, and it’s found itself a home in every meta regardless of what new cards are released.

The Elemental Runeblade Hero from Tales of Aria was amazing upon release. Briar uses Earth and Lightning cards to employ both defensive and offensive strategies. With her weapon Rosetta Thorn, Briar rewards players for playing attack and non-attack action cards. It hits the opponent’s life total with attack and arcane damage.

Like Viserai, Briar doesn’t sweep every Pro Quest event in Classic Constructed, but Briar is a safe choice and consistently finds its way into the top eight. With the proper injection of cards from Uprising or any future set, Briar has the potential to become the dominant force it once was.

The second Runeblade Hero that sits atop the Flesh and Blood meta is Chane. This deck is a more consistent force in the top eight brackets than Viserai, and it has the distinction of Pablo Pintor piloting the Hero to a win at the first Pro Tour.

Chane has access to great defensive tools through other Shadow cards. It takes advantage of the Soul Shackle tokens by enabling multiple attacks per turn with the consistent go again triggers. It’s a consistent deck that can stress your opponent’s defensive resources while your engine is humming.