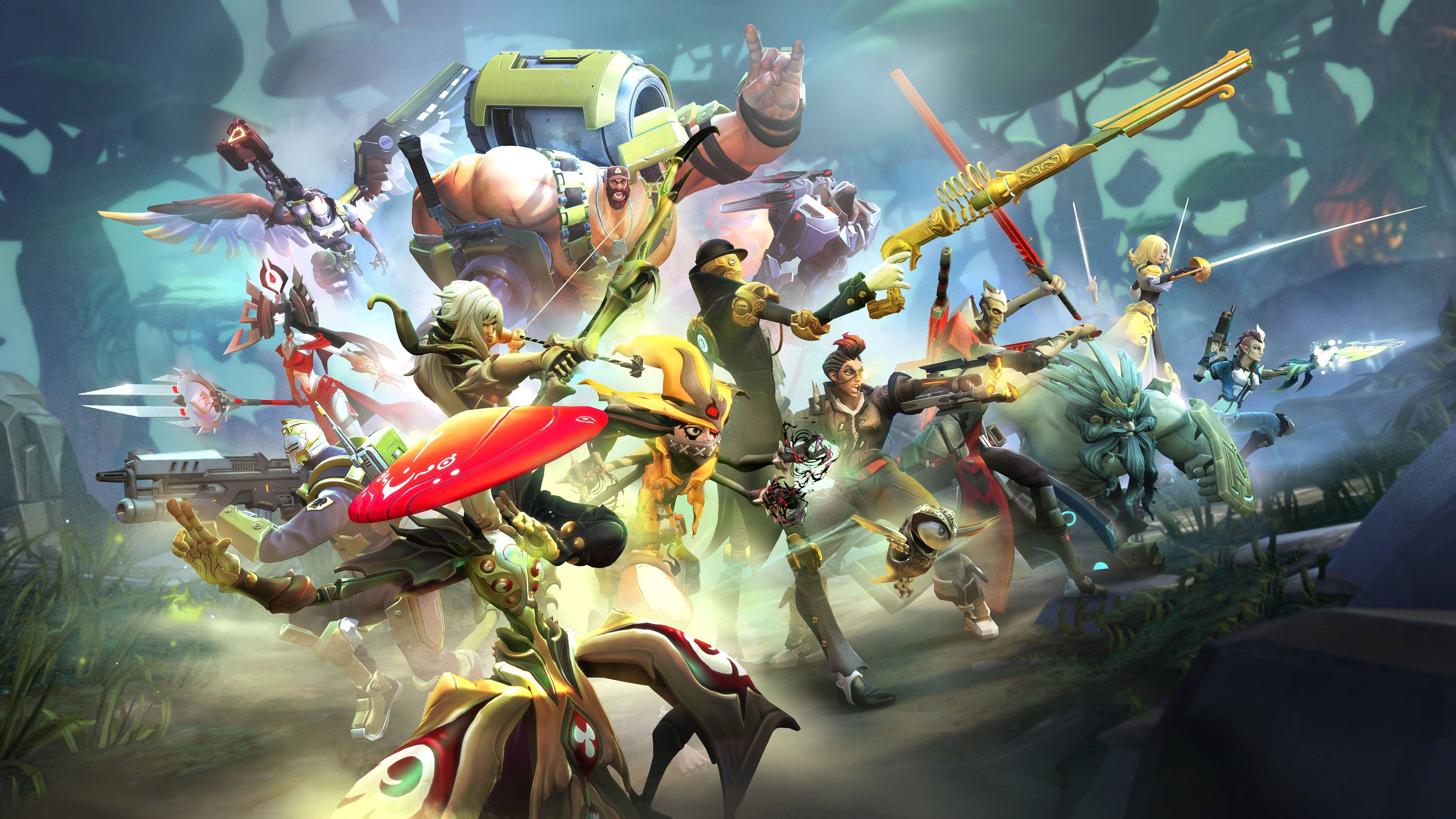 Maybe Battleborn was doomed from the start.

It seems every developer on Earth is developing a fun, colorful arena shooter with MOBA elements and a lot of esports aspirations. It’s just that with Battleborn, Gearbox had particularly bad timing, releasing its game right alongside Overwatch. Blizzard’s giddy, tactile first-person shooter is running a weeks-long high, dominating both critical and cultural spheres, and is currently sitting at the number one played game on Twitch with 99,075 active viewers. As for Battleborn—it’s viewership is just barely cresting over the 1,000 mark. To put that in perspective, that’s three slots below Pokemon Red/Blue, which came out 20 years ago.

There are a number of reasons for this. Battleborn is a brand new IP in an untested genre. And there’s a chance this whole “hero shooter” trend we’re seeing right now (in games like Overwatch, Epic’s Paragon, Hi-Rez’s Paladins, and Microsoft’s Gigantic) might be a failed trend. There have only been a couple companies capable of ruling the roost when it comes to competitive FPS: id Software’s Quake in the ‘90s, Valve’s Counter-Strike more recently. And as someone who remembers Microsoft’s terrible, multiplayer-only Shadowrun from 2007, it’s pretty hard to convince first-person shooter fans to find a new favorite game. Still, the utter radio silence following Battleborn’s release is a little surprising. Gearbox has a pedigree and a lot of bankable FPS success, especially from its Borderlands franchise. How has it not translated?

Well, let’s start with the easiest answer: The game isn’t great. It’s currently sitting at a middling 72 on Metacritic, with most people praising the thoughtful character design, but griping about the barren lack of features. Paying retail price for a bundle of multiplayer modes is some real 2005 thinking, especially when you consider that most of the world’s most popular competitive games (League, Dota, Hearthstone,) are all coming free of charge. In an era where a legacy title like Halo 5 is clunking on impact, maybe we shouldn’t be so surprised.

But if that’s the case, why is Overwatch succeeding? Blizzard’s product is strictly multiplayer-only (unlike the few stray single player options in Battleborn,) but still comes with a hefty entry fee. Obviously Overwatch has earned a lot more critical acclaim than Battleborn, but the disparity is still kinda nuts—except when you consider that this industry is unfair.

I’ve covered a few Heroes of the Storm events over the past year, and every time I go to one I meet kids who tell me this is the first MOBA that they’ve ever played. It’s always a little bit shocking. No prehistory with League or Dota? Really? You just jumped straight into Heroes sight unseen? But then I remember that this is Blizzard. And thanks to a lot of hard work and some good business decisions, Blizzard has cultivated a worldwide cult that will follow it into any arena it wants to enter. An MMO? Sure! A card game? Sure! A MOBA? Sure! How about a Team Fortress-style first-person shooter with hero powers? Absolutely!

I visited Blizzard headquarters in Irvine earlier this year, ventured into Overwatch’s development center, and saw reams and reams of fan art of every character in the game. This was several months before release, in the closed beta. On the way out I walked by a freshly crafted statue of Tracer, standing proudly next to Illidan and Tyrael. It seems redundant and overly simplistic to say, but Blizzard is really, really good at making video games. Everything that comes out of that office has a polish that other developers fail to replicate. Twenty years later it’s earned the trust and fellowship of millions of kids.

There aren’t many companies that can do that. Right now Riot is the only independent success story in esports. The powerhouses of this industry are Blizzard and Valve, which, predictably, are the only two video game publishers you could reasonably say command a legion of fans with dedicated, personal, cross-platform success. That’s not to say it can’t happen on a smaller scale—look at Rocket League—but it’s really hard to blow up big time from scratch. Maybe that will change with time and the industry expands, but that’s certainly not a guarantee. Overwatch was a hit the second its first trailer hit Blizzcon. The path for Battleborn is far, far more treacherous.