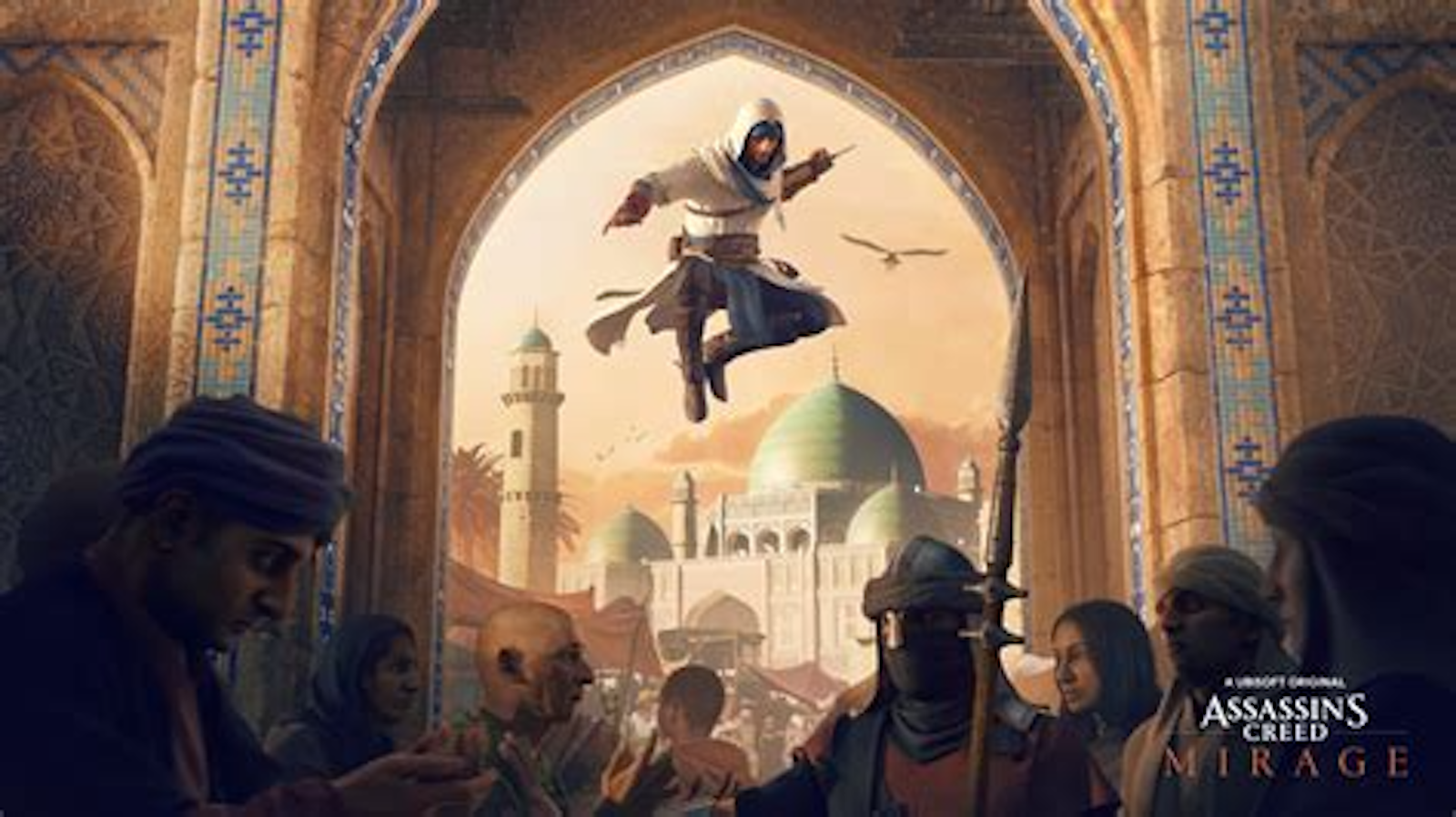 The newest title is rumored to be released between April and June, 2023.

The artwork shows a crowded souk in Baghdad, with the likely protagonist leaping from the sky to take out their target. The design features stunning art along the building’s walls, with incredible architecture in the background.

The game is rumored to be set during the ninth century AD, with sources saying that the title will be heavily inspired by the first Assassin’s Creed, and draw from its roots. Leaks report that the features of previous games, such as dialogue choices and levels, will be removed.

What is Assassin’s Creed Mirage about?

The Mirage leaks suggest players will get to experience the story of Basim, in his journey from Thief to a member of the Hidden Ones. Taking place from 860 to 870, players will explore multiple cities separated by a vast and unforgiving desert.

Another artwork for the upcoming title leaked, sharing DLC detailing the story of Alibaba and the Forty Thieves.

For all Assassin’s Creed Mirage updates, keep your eyes on Dot Esports.