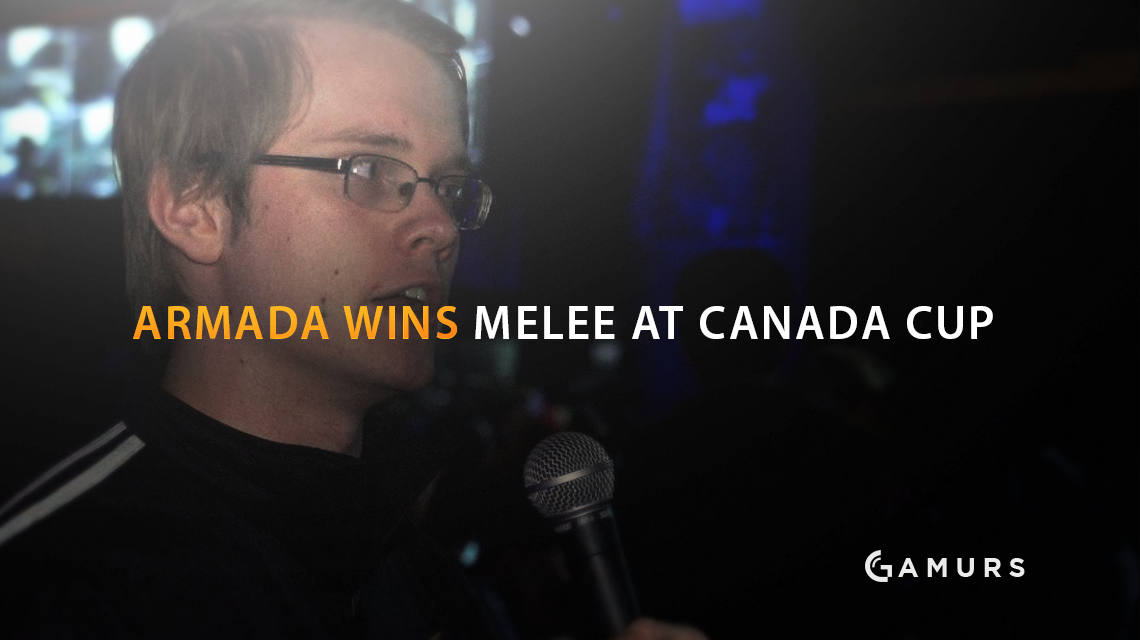 The grand finals matchup at the Canada Cup ended as Adam “Armada” Lindgren has won the Super Smash Bros. Melee singles tournament with in a 3-1 victory over Juan “Hungrybox” Debiedma.

The Canada Cup is a premiere fighting game spectacle held in Toronto, ON (this year) and brings the biggest names to its halls. They host games like Smash Bros, Street Fighter V and Tekken, as well as several other tournaments.

Out of the 232 competitors taking part between Oct. 28-30, only Armada and Hungrybox stood on the pinnacle of clinching the title, a standard matchup for those who follow the Melee scene religiously.

After a bracket reset to take both players into the losers bracket of the competition, Armada was quick to show his dominance over his long time competitor by securing the first game of the series. Hungrybox would eventually tie things up, but this would be his only registered win, even after a commanding showing, as Armada took the next two games to be crowned Canada Cup champion for Melee singles.

Armada would also go on to win the Melee doubles with fellow doubles champion, Mew2King.

The final standings on the Melee singles side after Armada and Hungrybox were;

Did you attend the Canada Cup? Let us know in the comments below or on our social media @GAMURScom.