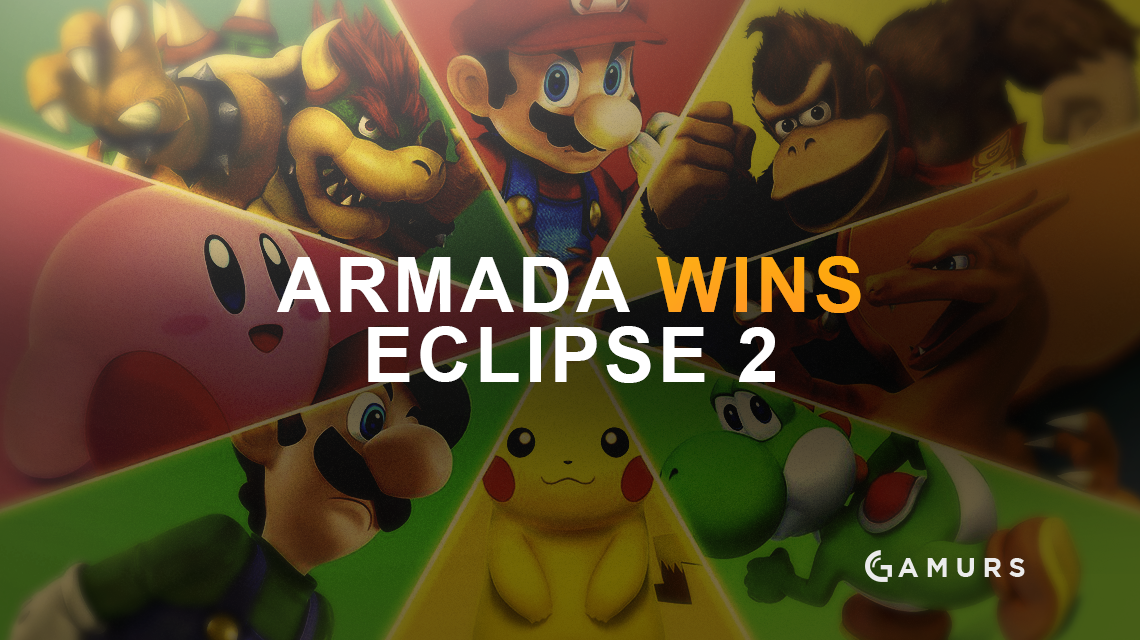 Armada adds the Eclipse title to his Heir 3 and Syndicate 2016 titles he took over the past few months, as well as his second place at EVO 2016 and the Big-House 6.

Armada made it to the Winner’s Final by beating Roustane “Kage” Benzeguir and Aaron “Professor Pro” Thomas and seemed in dominant form for most of the tournament. Armada swept both matches 3-0, but was challenged in the Winner’s Final against Ice. Armada took the close 3-2 victory over Ice to qualify for the Grand Finals. Once there, against Ice once again, Armada took home the trophy after winning the series 3-1.

This dominant fashion has Melee fans growing accustomed to an Armada who has yet to really break a sweat. With Smash Summit coming up on Nov. 3, will anyone be able to put Armada down in the melee scene or will he reign supreme?

What do you think of Armada’s win? Do you see only good things to come? Let us hear your thoughts in the comments below or tweet us @GAMURScom.