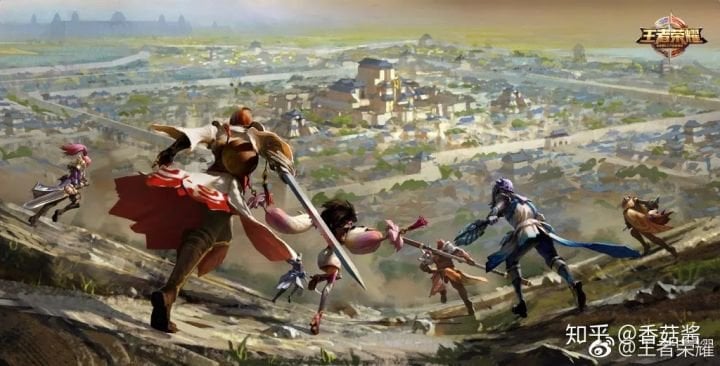 Arena of Valor (Honor of Kings in China) is getting a brand new battle royale-style mode, according to The Esports Observer.

The game is a popular mobile title made by Tencent, the same company that owns the distribution rights for PlayerUnknown’s Battlegrounds and Fortnite in China, as well as owning a majority stake in Riot Games, the company behind League of Legends.

The mode follows the typical conventions of battle royale by dropping a large number of players onto a massive map. A circle, taking on the form of a sandstorm that deals massive damage over time, closes in on players to force them closer together.

What makes this mode different, however, is that players aren’t looking to be the last player to survive. Instead, a player wins the mode by finding the boss monster hidden in the stage and killing it. This monster only appears towards the end of the game when a few players are left, so killing other players is still key to winning matches.

Players will also need to choose a character from the list of playable champions in Arena of Valor when playing the mode. Each character has their own unique set of abilities, so a player could potentially choose the wrong character and be doomed from the start due to their poor move-list in the battle royale setting.

Arena of Valor is not the first already-released game to adopt a battle royale game mode. Activision recently revealed that the next Call of Duty game, Black Ops 4, will include its own battle royale-style mode called Blackout.

The release date for Arena of Valor’s battle royale mode has not been announced.