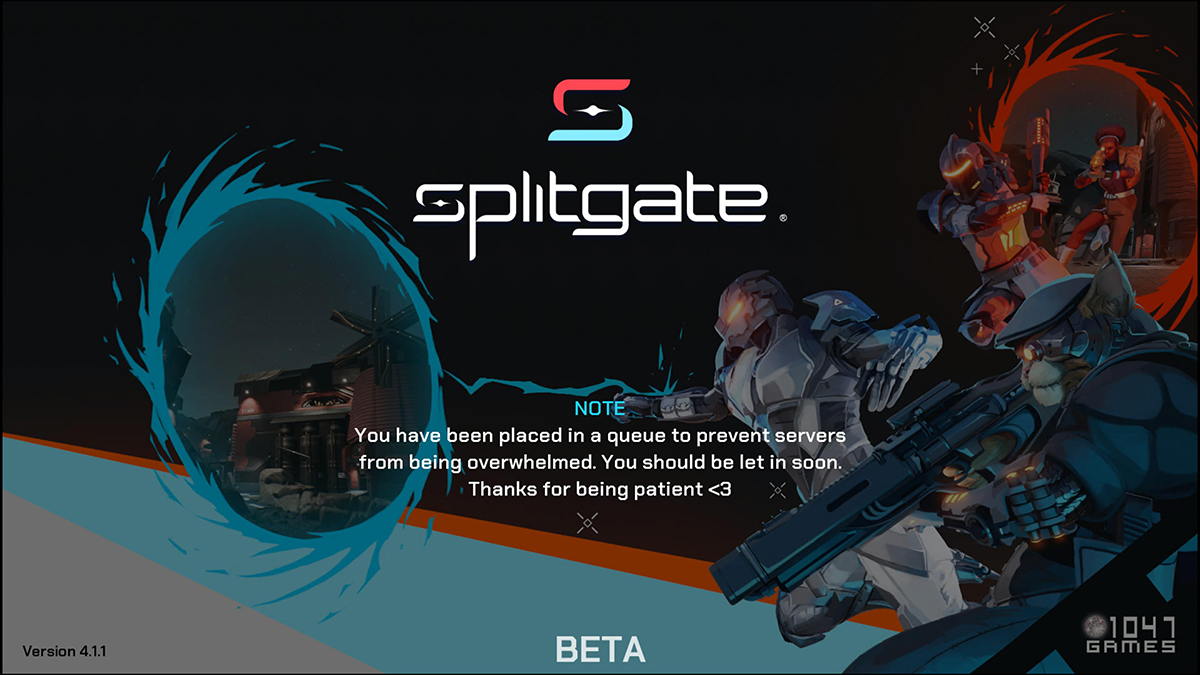 While Splitgate is extremely popular in its current state, the game’s server issues have been one of the more prevalent and, at times, frustrating aspects of the FPS over the past couple of weeks.

In short, because the current servers aren’t built for a large number of players, they often get overloaded, sometimes to the point where developer 1047 Games has to take the game temporarily offline.

That being said, as of Aug. 2, the first-person shooter is up and running on a pretty consistent basis. Right now, players should be able to log into Splitgate and play whatever gametype they want to.

That being said, there are still some restrictions. Players who attempt to log into the game will be met with a wait time.

That wait time varies depending on what time of the day you attempt to log-in, with some being as low as 30 minutes and some being as long as 90 minutes. That being said, lately, it’s been exceeding an hour on average.

1047 Games says this is being done to ensure a stable experience for everyone, meaning that this won’t be something that stays in the game permanently. While the devs say that they are hoping to not have this system in place when the game launches in August, they aren’t making any promises.

For immediate updates, players can keep an eye on Splitgate’s new status Twitter account, which continuously posts transparent information about the game’s server issues and bugs.

We’ll update this article with more information about the game’s server issues and how to check them for yourself in the future.