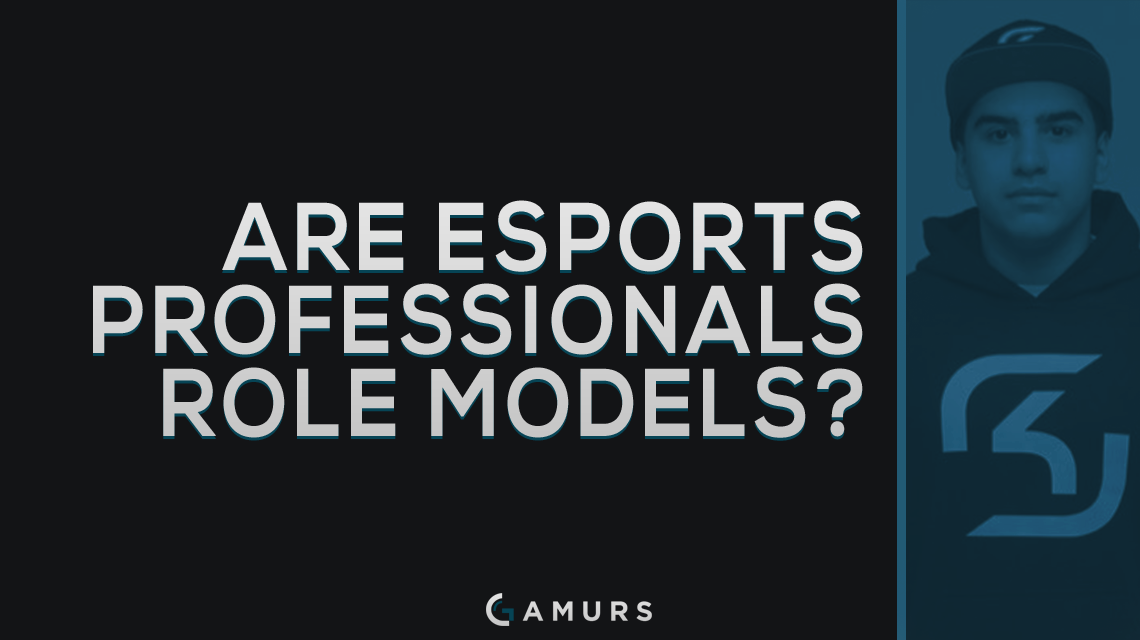 “I’m not a role model…Just because I dunk a basketball doesn’t mean I should raise yourkids.” – Charles Barkley, former professional basketballplayer

SK Gaming’s Counter Striketeam, currently the reigning major champion and undisputed best inthe world, lost a 2-0 series this week which featured anembarrassing 16-0 loss on Dust 2 to Renegades in their ESL ProLeague games. Marcelo “Coldzera” David, widely regarded as beinga top two player in the world, tweeted out a complaint abouthis standing in teammate Gustavo “Showtime” Gonçalves, currently filling in for the team whileFernando “Fer” Alvarenga undergoes assorted surgeries.Coldzera also aggressively responded to a tweet from a random fan,who in a low-quality cellphone video jokingly implied that Coldzerawas wall hacking. Coldzera would go on to deactivate his Twittershortly after these posts, and has received varying degrees ofcriticism from figures around the community. Some are upset abouthis choice of words in responding to the young troll’stweet, saying that he sets a bad example for his many fans andreflects poorly on the SK organization. Erik “DaBears” Stromberg commented on Coldzera’sbehavior during the broadcast for the ESL Pro League, callinghis actions childish and disappointing from someone so visible inthe Counter Strike community. Others are more sympathetic to theBrazilian star, arguing that English is not Coldzera’s firstlanguage (meaning he would not understand the complete meaningassociated with the words he chose), and that the poor results ofthe recent match tilted him to tweet something he might regret.Prominent Counter Strike analyst Duncan “Thorin” Shields argued that Coldzera did not understand the implications of hisstatement, and was more understanding of the stress thataffects players after an embarrassing defeat. Regardless of who isright, this incident reflects a growing discussion on how esportsprofessionals should present themselves to the general public,whether in the interests of their sponsor, their potentially youngfans, or their own self image and brand.

Coldzera’s case is one ofmany in which esports professionals, upset with their ownperformances in pro play, annoyed by random teammates in soloqueue, or fed up with underperformance by teammates have taken tosome form of social media to air their grievances however theymight see fit.  As the advent of the information age hasshown, however, these regretted outbursts and decisions on Twitter,Twitch, or Reddit are saved and remembered forever. Ranging fromJoshua “Dardoch” Harnett raging at a player on stream, Joseph “Mang0” Marquez’s infamous answer toJuan “Hungrybox” Debiedma on his AMA, or Dennis “Svenskeren” Johnsen’s offensive username during the Season 4 WorldChampionships, these types of incidents are etched by many viewersinto their judgement of that player forever. In gaming especially,this can be a major problem for players whose personality andpersonal brand might be marketable; if viewers think you are aracist, a prick, or even overly sensitive (the opposite), they willlikely turn off your stream, unsubscribe from your YouTube orunfollow you on Twitter. Moreover, teams and sponsors might be morehesitant to sign someone who might become a PR problem, potentiallyhurting their careers and future professional prospects. Simplybecause of the assorted ways esports personas expand their brandand produce content that do not include actually playing the gameprofessionally (YouTube, their stream, social media, etc.), theeyes of the community are seemingly always watching even personalmoments. Oddly enough, this gives esports athletes a certaincloseness to their fans, as if when they stream, you might behanging out with a friend. Thus, there is a sense that, in theinterest of their personal image, sponsors, and idolizing viewers,they conform their actions and statements to a marketable brand. Occassionaly, the intended brand could be of infamousstreamer “Tyler1,” whoattracted fans desiring an uncensored coarseness to the commentaryof their gameplay, in which case he has a certain right to appealto his fan base in the interest of his bank account.

The question remains, if,because of this hyper exposure, players should behave like rolemodels for their fans. This is ignoring other motivations tobehave, like sponsorships, team obligations, or their wallets:simply, should Coldzera act like a role model because of the kidsin Brazil who watch and copy everything their favorite CounterStrike player does? For someone like Coldzera especially, who doesnot have a particularly large stream nor is particularly outspokenon social media all the time, each insight into the personality ofMarcelo David might carry greater weight. In traditional sports,this question of being a model celebrity has been a constant andongoing discussion, as fans idolize and obsess over their favoriteplayers and even go so far as to write off their misconduct orwrongdoing simply because of their skills and athleticism. Whilethis has nothing to do with their performance or their discipline,it presents a problem of the blurring between two distinctworlds: the world of the game and that of real life. However inesports, because of the proverbial magnifying glass held to apro’s life, there is less distance between, say, Mang0 theplayer and Joseph Marquez the person. We, as viewers, are allowedto see into a player like Mang0’s life and personalitybecause of his stream and social media. This can have positive ornegative effects for these players: whereas a fan may root forMang0 because they like his personality, one might root againstOleksander “S1mple” Kosyliev becausethey think of him as toxic. Few can say the same for a professionalathlete like LeBron James, who, while having social media presence,never streams hours of himself talking about his life, feelings, oreven basketball. Sometimes, there are traditional sports athletesthat do garner fan hatred from their actions or social media posts,but streaming adds a greater level of personal exposure to esportsthat traditional athletes do not suffer from. But does thisexposure even make a difference? Are esports athletes, just becauseof the nature of the industry, suddenly expected to heed the callof society to become a shining example of a model human? Thatobviously seems like an unfair burden to place on a young andemotional esports professional already faced with the stress ofcompetition.

No matter the degree to whichone thinks esports professionals should act as role models, theiractions and lives are under constant surveillance and judgementfrom their respective communities. In all likelihood, searching foran exemplary person to emulate in a professional first-personshooter or MOBA scene reflects somewhat questionable judgement.Nonetheless, the closeness of esports fans to their favoriteplayers often muddies the waters that distinguish their personallives from their professional careers.  Whether this is just afunction of the information age and social media in general or ofesports specifically, professional players’ lives and careersare increasingly intertwined as external community pressurescontinue to grow.