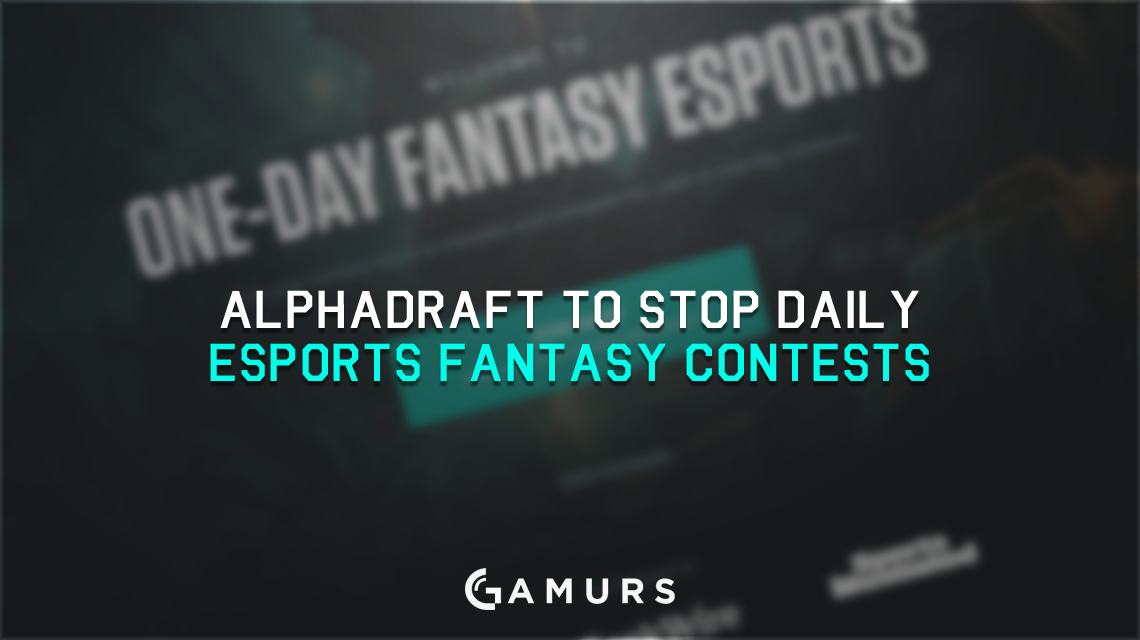 In a move that further displays the fall of the daily fantasy sports industry, AlphaDraft has announced to its members via e-mail that it will be not offering any more esports contests as of October 21st, which is the end of the semifinals of the League of Legends World Championship.

This essentially marks the hiatus of the website in question, as the website was made to offer these daily contests for cash prizes and/or for bragging rights.

Here is a direct paragraph from the e-mail to members:

Two years ago, we set out to combine eSports with daily fantasy sports. In February 2015, our team launched AlphaDraft, bringing you daily and weekly fantasy eSports contests. What started with only a few eSports contests expanded along the way and we are very proud of the platform we built. However, as we continue to evaluate the eSports landscape, we are announcing today that we have made the difficult decision to stop offering fantasy eSports contests on AlphaDraft as of Friday, October 21, at the conclusion of the League of Legends World Championship. You can continue to play contests until this time. As has always been the case, you can withdraw your funds at any time. Please contact [email protected] if you require any assistance. Thank you for being a part of this journey with us!

AlphaDraft’s main rival, Vulcan, shut down in July, which now seems as an omen for what was to come rather than a sigh of relief for the company.

The company had to stop offering paid contests back in January, right around the same time as when FanDuel and DraftKings were under fire by state governments and was in the process of being heavily regulated.

If nothing else, this quick rise of this website, launched in 2014, as well as its fall, shows how powerful the sports betting industry was while not under the watchful eye of federal and state governments. FanDuel acquired the website in 2015 to help combat DraftKings esports contest offerings, but the fall of that industry coincides with the fall of esports betting.

Unfortunately for AlphaDraft, which did not have an advertising blitz like its parent company, it had to shut down because of the mass advertising and marketing from the larger players in the industry.

While it is a possibility for AlphaDraft to still operate, it is questionable how this company can recover and thrive under the current daily fantasy sports climate.

Does this spell the end for esports betting? Let us know in the comments below and for all your general esports updates, make sure you are following us on Twitter, @GAMURScom.