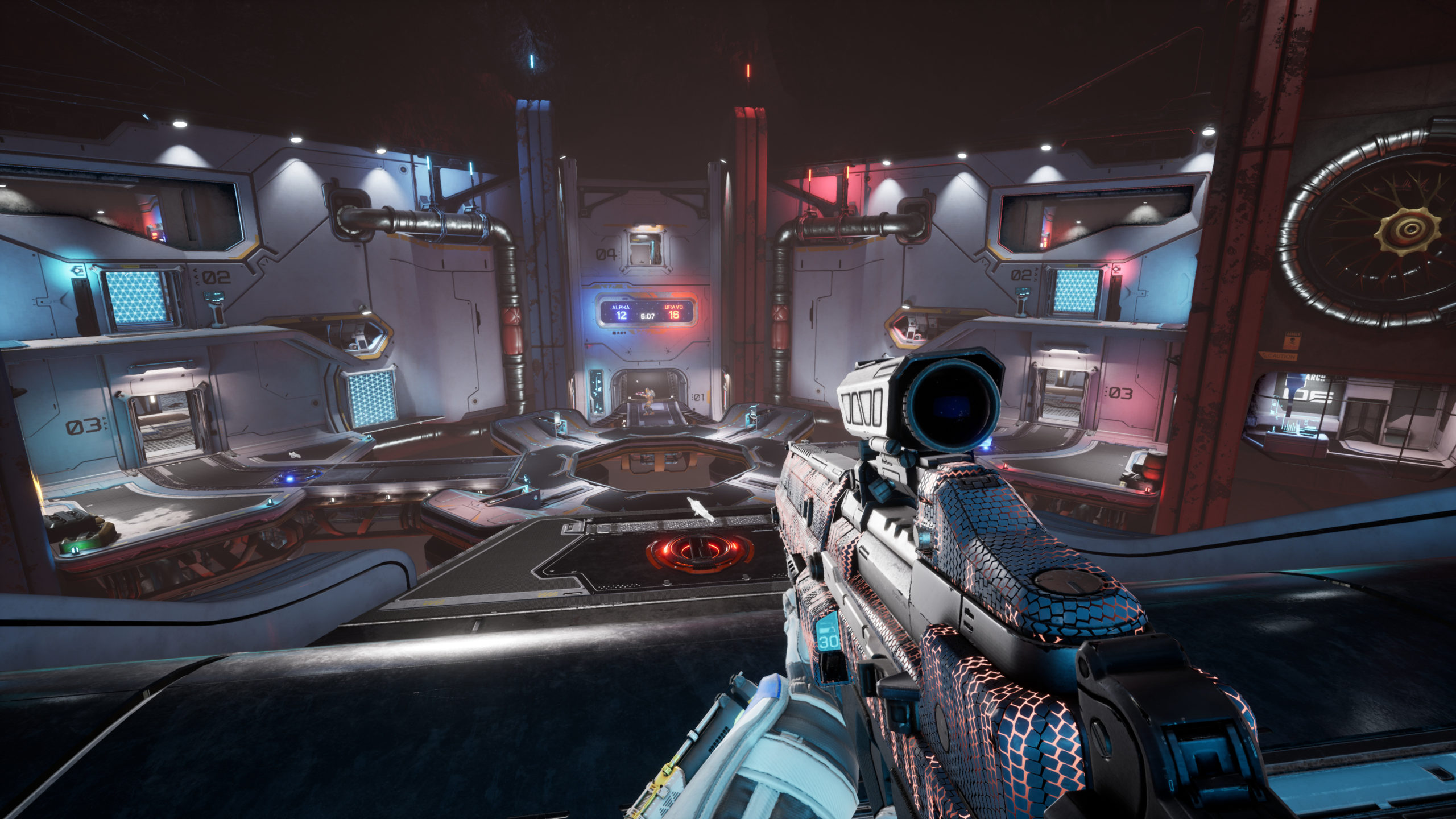 Splitgate recently launched on consoles, bringing its unique arena-style gameplay to a whole new player base, and its community has grown substantially.

Being an admitted mix between Halo and Portal, players will need to remain vigilant while engaging in their gunplay. The use of portals allows players to see and quickly maneuver around the map.

Each map in Splitgate is stocked with weapons players can acquire to use throughout the match, but the selection varies from map to map. Here are all the weapons that you can use during your time in Splitgate.

All weapons in Splitgate

Weapons in Splitgate don’t hide their use at all, with their names plainly outlining their use in battle. The Sniper is the perfect long-range high damage tool that will allow precise shooters to execute their enemies from afar.

The Shotgun is going to be the most important weapon for those close-range engagements. With plenty of sight alleyways and choke points present across the game’s current list of arenas, a Shotgun can come to be very handy.

If you’re looking for a high-value weapon to blow away the opposition then the Rocket Launcher is a perfect choice. With its high damage and wide blast radius, this is the ideal weapon for clearing out a room full of enemies.

With power rivaling and even exceeding that of the Rocket Launcher, the Railgun is the perfect tool for precise shooters to find around the map. This weapon is capable of taking out enemies with a single shot, so having possession of it can swing the match is your favor.

Your basic pistol. It is a handy tool for range when using another close-quarters weapon, and is versatile enough to replace a Shotgun for short-range interactions.

The battle rifle is a three-round burst weapon with a long-range scope that is ideal for medium to long-distance firefights. With its damage output, it should only take a few clean hits to take down your opponent.

In Splitgate, the Plasma Rifle acts similarly to the Assault Rifle, but with plasma bullets and less accuracy. This rifle is ideal for closer range altercations, but can be used at a medium distance also.

The SMG is going to be your close-range combat companion with its smooth handling and fast firing speed. Bullets don’t have the highest damage, and thus they aren’t ideal for longer ranges. But up close, this gun is a machine capable of taking out multiple enemies in quick succession.

It wouldn’t be a shooter game without your stock standard Assault Rifle and that’s exactly what this weapon is. If you’re after something well-rounded then you can’t go past the Assault Rifle.

The Carbine is a single-shot rifle weapon with adequate damage and fairly large clip size. This weapon is one that players can opt to spawn within some modes, making it one of the better starter weapon choices in the game.

While most of the combat in Splitgate is at range, there is nothing more satisfying than taking down the opposition with a melee weapon, the BFB. With incredibly high damage output, the tip of the bat will grow when it has locked onto an enemy, allowing the player to leap forward and deal devastating damage.