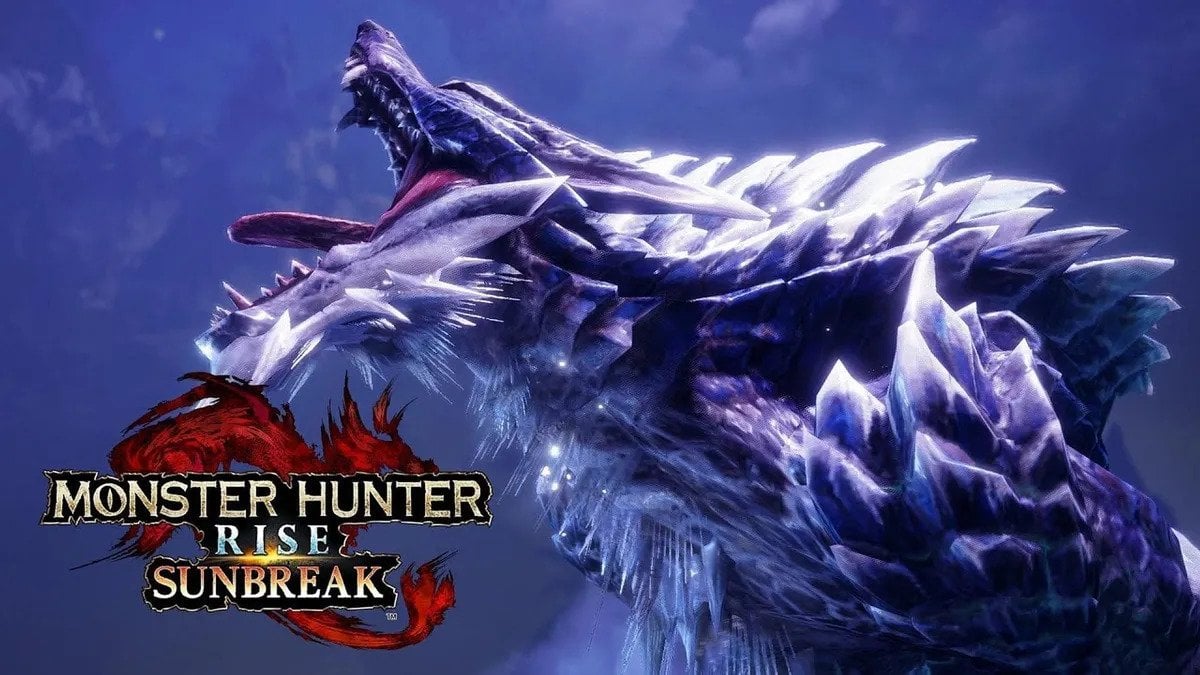 We will be categorizing these monsters according to the newly introduced Master Rank in Sunbreak, starting off with MR ★1 and going all the way to MR ★6 mission difficulty monsters.

Bringing up the rear is the humble Daimyo Hermitaur. This crustacean may not seem like much being the only ★1 threat-level monster on this list, but do not underestimate it in the early portions of the game because it is still a Master Rank monster.

The toughest part about this creature is its hard shell that early game weapons might struggle to tackle. Once some basic upgrades are done, however, it should not be too challenging to get through, at least not like the later, tougher fights in this game.

Blood Orange Bishaten is a new, much more feisty subspecies of Bishaten introduced in one of the new locales of Sunbreak. At first glance, this variation seems almost similar to the original version of the Bishaten from Rise, except for the color, but there are a few changes to look out for.

First off, this Bishaten variation does not throw fruits, but instead, it will throw pinecones to deal heavy damage in the early game. Secondly, their fire breath does even more damage. But it is the combination of these two attacks when the pinecones are ignited and made explosive, which is its deadliest power.

Aurora Somnacanth is a new, icy variant of the Somnacanth first introduced in Sunbreak. This subspecies of Somnacanth changes up its attacks by blasting chilling cold air to freeze its surroundings and its enemies. To top this off, the Aurora Somnacanth will also use the ice to slide around the battlefield, dealing heavy damage to all enemies it comes in contact with.

Another Sunbreak original, Garangolm is a fanged beast that resides in the woodlands of the Citadel region. Typical of a fanged beast, it fully utilizes its huge body to attack, making it quite volatile. The situation gets even more dangerous when Garangolm gets enraged, because it covers one arm in magma and the other arm in moss, giving it both water and fire damage.

Garangolm is also the first of the Three Lords that the game’s story tasks players to hunt down to prevent the calamity from falling over Elgado and the Citadel.

Astalos has always been a highly popular monster whenever it was featured. This green Thunder Wyvern was first introduced in Monster Hunter Generations and featured prominently in the Monster Hunter Stories series as well. A lot of older players were already happy to see this monster in one of the game’s trailers and were excited to hunt it down.

Espinas are powerful flying wyverns with hard green scales and red spikes for defense. While it is a returning monster from previous iterations in the series, it is even more deadly in Sunbreak, especially being purely a Master Rank monster. As relaxed as they generally are, once they feel threatened, their wings turn red, which is a sign for any unfortunate victim to run for it.

One of the most iconic monsters in the entire Monster Hunter series makes its return in Sunbreak. Although blind, this Elder Dragon can feel out its prey by scattering its black scales around the battlefield. Once it finds its prey, its attacks can be relentless and powerful enough to rupture the very earth asunder.

Lunagaron is an icy variant of the highly popular Odogaron, with much higher stakes in Sunbreak. They have a particular organ in their bodies that can chill the very air they breathe, making for powerful icy blasts in battle. Their high adaptability allows them to survive in any kind of environment, making their encounters highly unexpected.

To add to this, Lunagaron is also the second of the Three Lords.

Magma Almudron is a fiery, lava variant of the classic Almudron. Being the complete opposite of its water counterpart, this monster is found inhabiting regions covered in magma such as the Lava Caverns, adopting a red glow when it goes into a special heated state, perfectly adapted for combat. Being extremely territorial, they do not hesitate to pick a fight with any intruder.

This subspecies of the Rakna-Kadaki is an explosive temnoceran covered in dark-red scales that are immune to fire damage. Pyre Rakna-Kadaki can set their extremities on fire to induce explosions, taking full advantage of their natural immunities. They can also direct their offspring to charge into the fray, causing a chain reaction of explosions for their enemies.

Seregios is a popular monster first introduced in Monster Hunter 4 Ultimate. Extremely territorial, they will attack any perceived intruder without hesitation using razor-sharp scales covering their body. All of their attacks proc the new Bleeding status, adding a new wrinkle to this already challenging monster hunt.

Making its return to the franchise after a long break since Monster Hunter 2 is the Shogun Ceanataur. While veterans of the franchise might be familiar with its long, sharp claws, they can be a major hindrance to newer players. When enraged, these claws get stronger and they are known to attack using a high-powered water jet attack as well.

The latest Elder Dragon to join the cast of Monster Hunter Rise: Sunbreak, Malzeno is the flagship monster of the expansion that is quite devastating in its own right. Starting off, Malzeno looks almost divine in its regal silver scales, but that quickly changes once it enters into battle.

Its special ability allows Malzeno to use its Qurio to entirely drain the life essence of everyone around it if it so chooses to. The more essence it drains, the more intimidating it looks, turning those silver scales blood-red in a chilling form known as the Bloodening.

Malzeno is also the final monster comprising the Three Lords and is the strongest one in the group.

Basically the evolved variant of the returning Gore Magala, Shagaru Magala is a much more powerful variant of its original monster. At first glance, it looks like a distant relative of Gore Magala with its body covered in glittering scales with huge rainbow-like wings.

The reality is that once Gore Magala fully mature, this is the form they take. Their wings are large enough to encompass their entire body. Shagaru Magala’s power is nothing to scoff at either because as legends state, one of them eliminated all life in an entire region by simply shedding its scales over the entire area, making it a massive threat to humanity.

If the vanilla Rajang wasn’t bad enough, this monstrosity returns to Sunbreak after destroying players in MHW: Iceborne. Furious Rajang is basically the Super Saiyan version of the base Rajang, which is difficult enough for players to take down. The Furious version throws in new movesets, more aggressive combos, and quick gap-closing speeds.

Also, unlike the base Rajang variant, Furious Rajang never powers down from their golden form, making their aggression seem unstoppable at times.

The final boss in Sunbreak is no easy feat to take down. Gaismagorm is a multi-stage boss battle that will take everything that players have learned from the original Rise and the new features of Sunbreak, pushing them to their limits to take down this behemoth.

The first phase of this battle is pretty forgiving and it ends after using the Dragonator. Immediately following this is the second phase of this fight where Gaismagorm uses new attacks on the party as well as extends older attacks, making new strings of combos. Finally, the third phase brings out Gaismagorm’s full power where he uses even more gas and fireballs than before, making it a tough final push to bring this beast down.

Once all three stages are defeated, you win.

A huge step up in difficulty from the base Magnamalo in the original Monster Hunter Rise, Scorned Magnamalo devastates hunting parties with ease. This variant of Magnamalo now has blades attached to both of its forelegs and is covered in Hellfire. This has led players to feel the full force of the Hellfireblight status effect and players are still finding out the best ways to defeat it.

Apart from the monsters already released, there are more monsters that are going to be released in the future as we already know from the Sunbreak roadmap. Of these upcoming monsters, two of them have been confirmed.

This lunar variant of the classic Nargacuga was first introduced to Monster Hunter Rise: Sunbreak on its roadmap before the game’s release. We are not fully aware of its capabilities in this game but based on the Nargacuga and its other variants, we can safely assume that it will focus on speedy and hard-hitting attacks with a mix of stealth thrown in.

If other variants are any indication, the one glaring weakness this monster has is its powerful tail and its tendency to get its tail stuck in the ground during heavy attacks, leaving it open to a barrage of counterattacks.

A returning monster from Monster Hunter World: Iceborne and next to be revealed on the Sunbreak roadmap is the Seething Bazelguese. The classic Bazelguese already has a love-hate relationship with fans due to its propensity of invading hunts and causing chaos, sometimes hindering the player while other times, helping the player out by causing a turf war.

The Seething variant just makes the Bazelguese even more volatile and explosive with every scale having the potential to detonate almost immediately upon shedding and its dive bomb attacks further accentuating its explosive attack patterns.