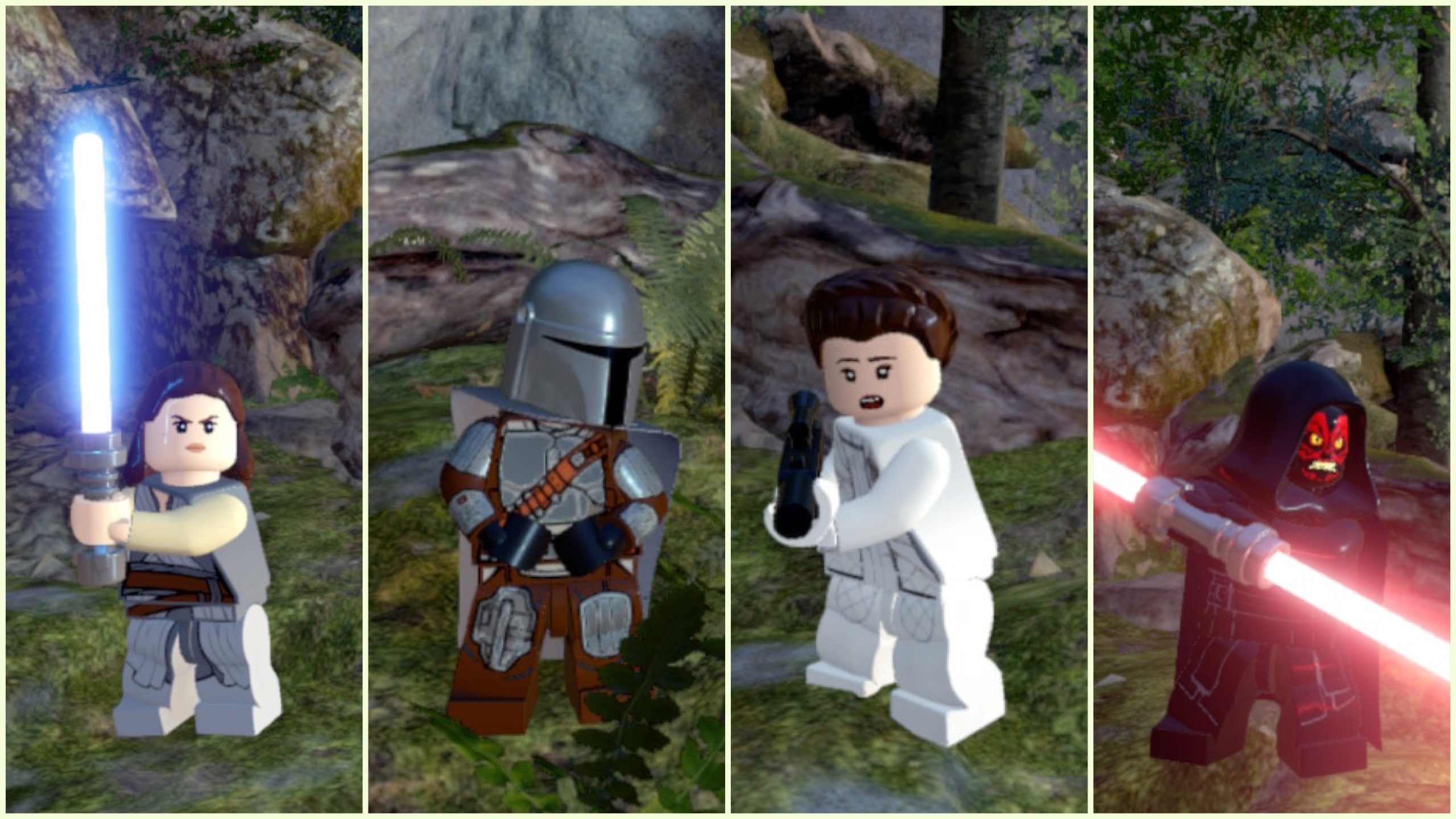 While the new class system makes it easier to find the characters you’re looking for, it also means that knowing what abilities each class has is essential in completing levels and exploring the greater Star Wars world in Galaxy Free Play mode. Here is a complete breakdown of the different classes, abilities, and upgrades present in Lego Star Wars: The Skywalker Saga.

This series of upgrades are applicable to all character classes and focuses on basic aspects like health and speed. These upgrades require varying amounts of studs and Kyber Bricks to purchase.

The abilities that can be upgraded through the Core upgrade tree are as follows.

All character class types and abilities

The rest of the upgrades available in Lego Star Wars: The Skywalker Saga are specific to the different character classes and their unique abilities.

Characters in the Jedi class rely on the force, mind tricks, and their powerful lightsabers in combat. This includes characters such as Obi-Wan Kenobi, Rey, and Luke Skywalker.

Objects can be thrown through the force by those in the Jedi class. They can also perform three Jedi mind tricks. These tricks are as follows.

Lightsabers can be used in a variety of ways during combat. They can block hits or shots, be thrown at opponents, and be used in direct hits. Lightsabers can also be used to cut holes in or climb certain walls.

All Jedi abilities that can be upgraded are listed below.

Heroes are those who fight for what’s right, usually alongside the Jedi. They primarily rely on weapons, ships, and intelligence. This includes characters like Leia, Poe Dameron, and Padmé.

Heroes can access Terminals that are meant for them and can also pick up clothing dropped by enemies to perform Villain abilities or access Villain areas when they have a full outfit.

They also have grapple blasters that allow them to grapple certain containers, bars, hooks, and other such items. Their upgradeable abilities are as follows.

These characters are those who scavenge for parts and use them to create new things. They have the unique ability to create tools to aid them in their travels. Wicket, Kuiil, and pre-Jedi Rey are some of the characters present in this category.

Scavengers can create a Breaker Blaster to break through walls, a Glider to soar to new areas, and a Net Launcher to stick nets onto certain areas to climb. The Scavenger abilities that can be upgraded are outlined below.

Scoundrels are those who are sneaky and intuitive. They rely on regular weapons and wit. Characters like Han Solo, Lando Calrissian, and Chewbacca fall under this category.

Scoundrels have the unique ability to identify weak points on various structures and buildings throughout the game. Their upgrades are as follows.

These characters are those who will hunt down any target for the right price. The Mandalorian, Boba Fett, and Greedo are examples of some of the characters in this class.

Bounty Hunters are the only characters who can break gold structures in Lego Star Wars: The Skywalker Saga. The shot from their weapons can be held to heat the gold and eventually break through it.

Villains are evil characters who utilize all manner of weapons—anything and everything to get them ahead. Characters like General Grevious, Battle Droids, and Tarkin fall under this category.

In addition to their own arsenal of weapons and grenades, these characters can also access Weapon Crates to attain powerful weapons. Villains can also access special areas and unlock doors through Villain Terminals.

These characters also use the force and lightsabers, but in an evil way. Anakin Skywalker, Kylo Ren, and Darth Maul are examples of the characters in this class.

Just like the Jedi, Dark Side characters also rely on the force, mind tricks, and their lightsabers. They have access to the same three mind tricks as the Jedi.

Unlike the Jedi, Dark Side characters have certain abilities to strike fear into others. Their four abilities that can be upgraded are listed below.

These Droids are the ones who can hack, bypass, and navigate safely through any area as long as they don’t attack first. Droids are often overlooked by characters in Star Wars, but they have some incredibly useful abilities. R2-D2 and BB-8 both fall under this class.

Astromech Droids can use Sockets, sneak through stealth sections, and hack their way into new areas. They also have some abilities that players can upgrade to improve.

The other kind of Droid that is present as a class in Lego Star Wars: The Skywalker Saga is Protocol Droids. C-3PO and the droid who is present every time your ship lands, H1-NT, are two examples of this class.

These Droids can speak any language, complete certain Terminals, complete puzzles, enter passcodes, and break into two to reach new areas. The four abilities players can upgrade for them are as follows.

Some characters don’t really fit into any category, and those are the ones you’ll find listed under extra. They are also the only class that doesn’t have their own specific upgrades or special abilities, but the core upgrades still apply to them and they generally have basic abilities. This category includes characters like Jabba the Hutt, Watto, and Gonk Droid.