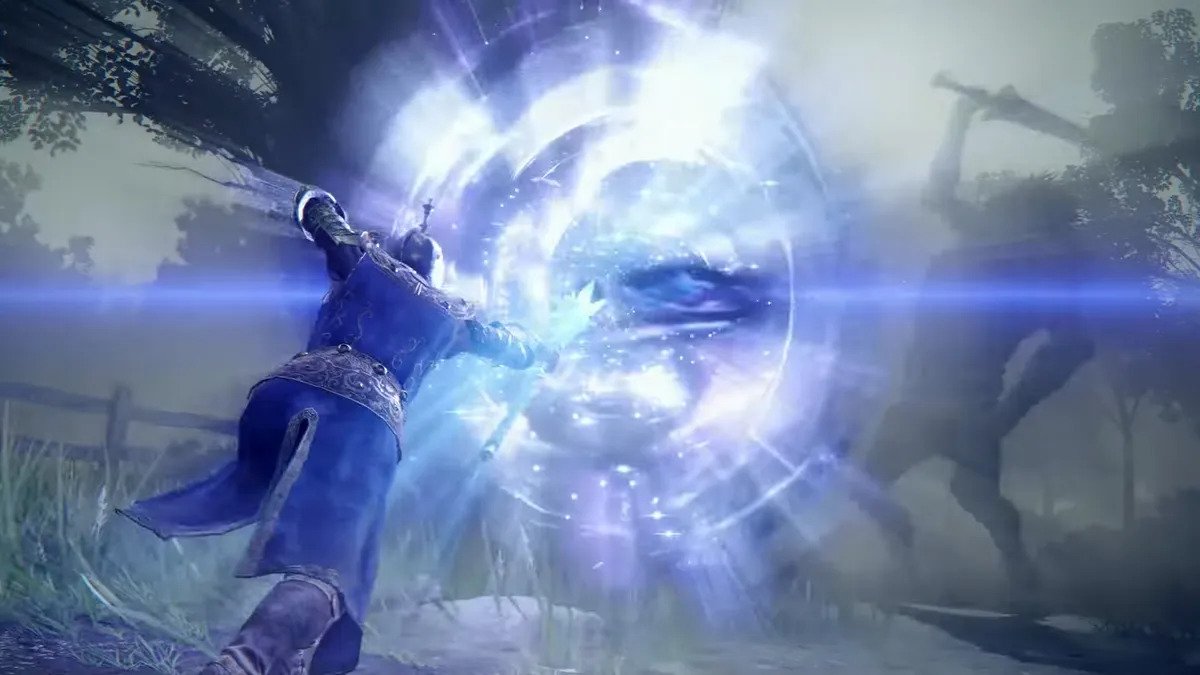 Whether you’re looking to add a bit more damage to your build or focus entirely on being a rock-hurling, gravity-focused sorcerer, Gravity sorceries are always a viable option. Here are all of the Gravity sorceries in Elden Ring.

Perhaps the most core ability for all Gravity sorcerers, Collapsing Stars launches a barrage of purple celestial bodies at your target after a quick windup. This sorcery is perfect for single-target damage and should be used every time you have an opening to attack an enemy or boss. The sorcery itself can be found in the War-Dead Catacombs in Caelid.

Rock Sling is the only Gravity sorcery that deals 100 percent physical damage and is great for attempting to break a target’s stance. You’ll want to be casting this spell mostly at long range during the midsection of the leveling process, but Rock Sling will hold a place in your rotation throughout your adventures in the Lands Between thanks to its versatility and dependability.

Related: How to get the Rock Sling sorcery in Elden Ring

Gravity Well is a single-target spell that launches an orb of “condensed gravitational force” at your target. Targets hit by the spell take damage and are pulled slightly closer to you. The sorcery can be obtained after defeating the Lesser Alabaster Lord in the Academy of Raya Lucaria.

The Meteorite sorcery summons forth three rock shards from the sky, raining down on nearby targets. The relatively slow spell deals both physical and magic damage. The sorcery for Meteorite can be obtained after defeating the Onyx Lord in the Royal Grave Evergaol.

Similar to the Meteorite sorcery, Meteorite of Astel summons forth a raining cascade of meteorites. The only difference with Meteorite of Astel is that it can be channeled as opposed to being chain-casted. The sorcery is dropped by the boss Astel, Stars of Darkness.