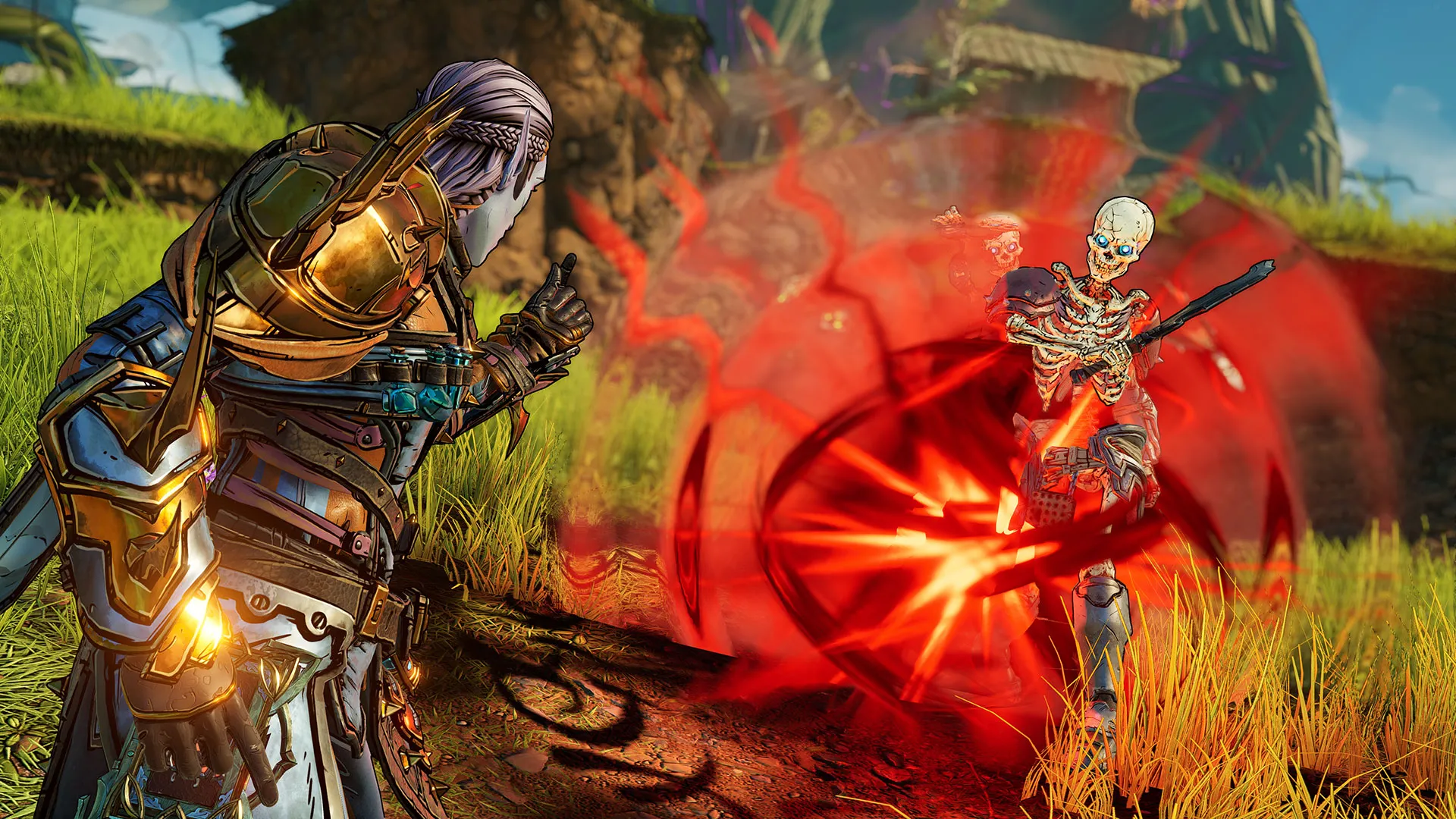 Any experienced Dungeons & Dragons player knows a dungeon master that loves to maliciously throw as many enemy types as they can at their party of players. Fittingly in Tiny Tina’s Wonderlands, the latest Borderlands game heavily influenced by D&D, players will face a multitude of enemy types.

During the campaign and open-world exploration, the player takes on the role of the Fatermaker and will be challenged by all sorts of enemies: skeletons, pirates, trolls, creatures, goblins, the Coiled, and vicious living mushrooms.

Understanding the different damage types will give you an advantage as you progress through Tiny Tina’s campaign, putting you in position to maximize your damage against specific foes. Here’s a breakdown of each of the elemental damage types in Tiny Tina’s Wonderlands.

Fire damage is the optimal elemental type against enemies with larger health bars. Lighting enemies on fire will take big chunks of their health away, even if they’re Warded (shielded). Sustained fire damage will keep enemies ablaze.

Frost damage will slow enemies over time, and sustained damage will freeze them in place as large ice formations. When faced with a frozen enemy, switch to a melee weapon and bash them to deal triple the amount of typical melee damage. Frost is also the ideal damage type for enemies made up of bones, such as skeletons.

Lightning damage is ideal for quickly reducing shields, also known as Wards. Any enemy with a big blue Ward bar is a fitting candidate for a weapon or spell that deals massive amounts of Lightning damage.

Poison damage is designed to get past enemies that are heavily armored, which is indicated by a yellow bar on the enemy indicator. Poison is the only damage type that can affect armor.

Dark magic damage is for fans of lifesteal. Weapons with dark magic will deal damage to enemies and heal yourself at their cost.