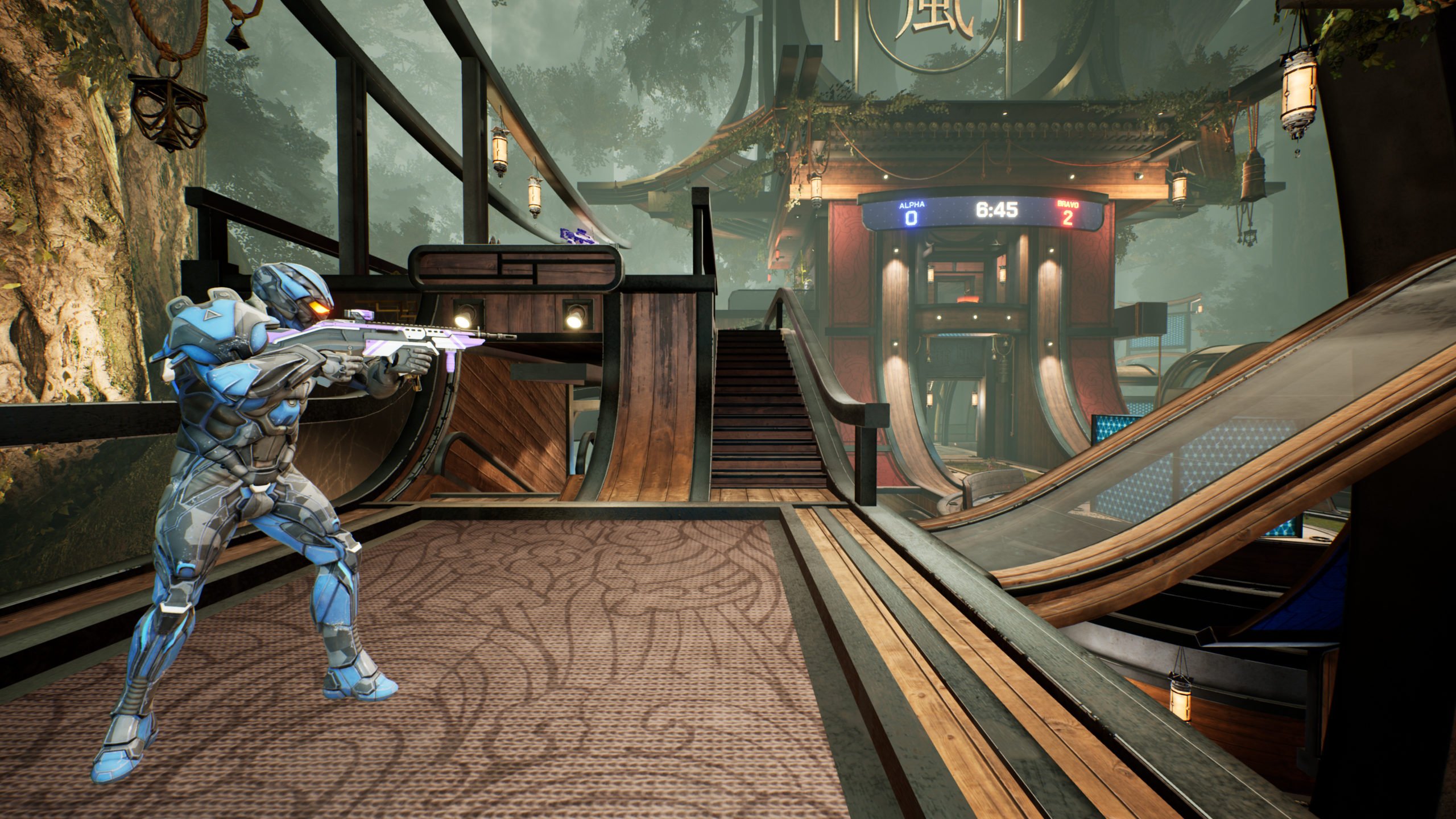 Since releasing on consoles July 27, Splitgate has seen a massive spike in its player base with new players jumping into the free-to-play PVP action each day.

The game offers combat that is a mix between Halo and Portal, with classic arena-style gunplay and the addition of portals for mobility.

First-time players will be learning of the game’s unique story on the go by experiencing the unique arenas where teams will do combat. Here are all the arenas currently available in the free-to-play Splitgate beta.

All Arenas in Splitgate

While it is heavily inspired by your standard farm map, Impact has its own space-age twist. It was converted into a Splitgate arena after finding out that humans weren’t the only lifeforms with portal travel capabilities.

A beachside resort, Oasis is the only water-themed map in Splitgate boasting a unique architecture style. This map features plenty of long sightlines for snipers, and tall wall portals to travel through.

In contrast to Oasis, Lavawell is set around a live volcano that is fueling the surrounding battleground. The map boasts plenty of high damage artillery including Rocket Launchers and Railguns that bam be used to quickly dispose of enemies within the tight outdoor areas around the map.

If you’re looking for something large and open where both sniping and run and gun gameplay is encouraged, then Abyss is the map for you. Catering to all playstyles, this underground cave has a huge open center where you’ll find most of the action taking place.

With the history of Splitgate’s portal travel linked to this area, the temple has since been modernized and the arena caters to 8,000 spectators. This is your classic arena-style map with four identical corners and a sniper on each side.

One of the factors that make Olympus unique is its position in the sky. While this caters for plenty of ways to fall, dropping players will notice that there are a few portals that can give you a second chance to get back into the action.

A treehouse-inspired map above the tallest of forests in Japan, Highwind is a fast-paced, all-action arena, and the smallest map in the game. With but a handful of hiding places, there is sure to be constant combat when battling it out on Highwind.

If you’re looking for a party in Splitgate, then Club Silo is the one to check out. Previously an underground missile base, Club Silo is now a vibrant club with a large open center and plenty of walkways around the map.

Paying homage to gladiators of past, this arena puts its own unique futuristic spin on the stadium design. There is variety when it comes to distance, allowing for players to implement a variety of different playstyles.

If underwater bunkers are your thing, then Atlantis is the perfect map for you. Boasting a range of different-sized rooms, there is an opportunity to mix up the action in Atlantis, especially using the portal tool to set up lines of sight.

If close-quarters action is for youm Helix is the way to go. With long hallways and tight corridors, you’ll quickly come face-to-face with your enemy, especially fighting over the single Rocket Launcher present on the map.