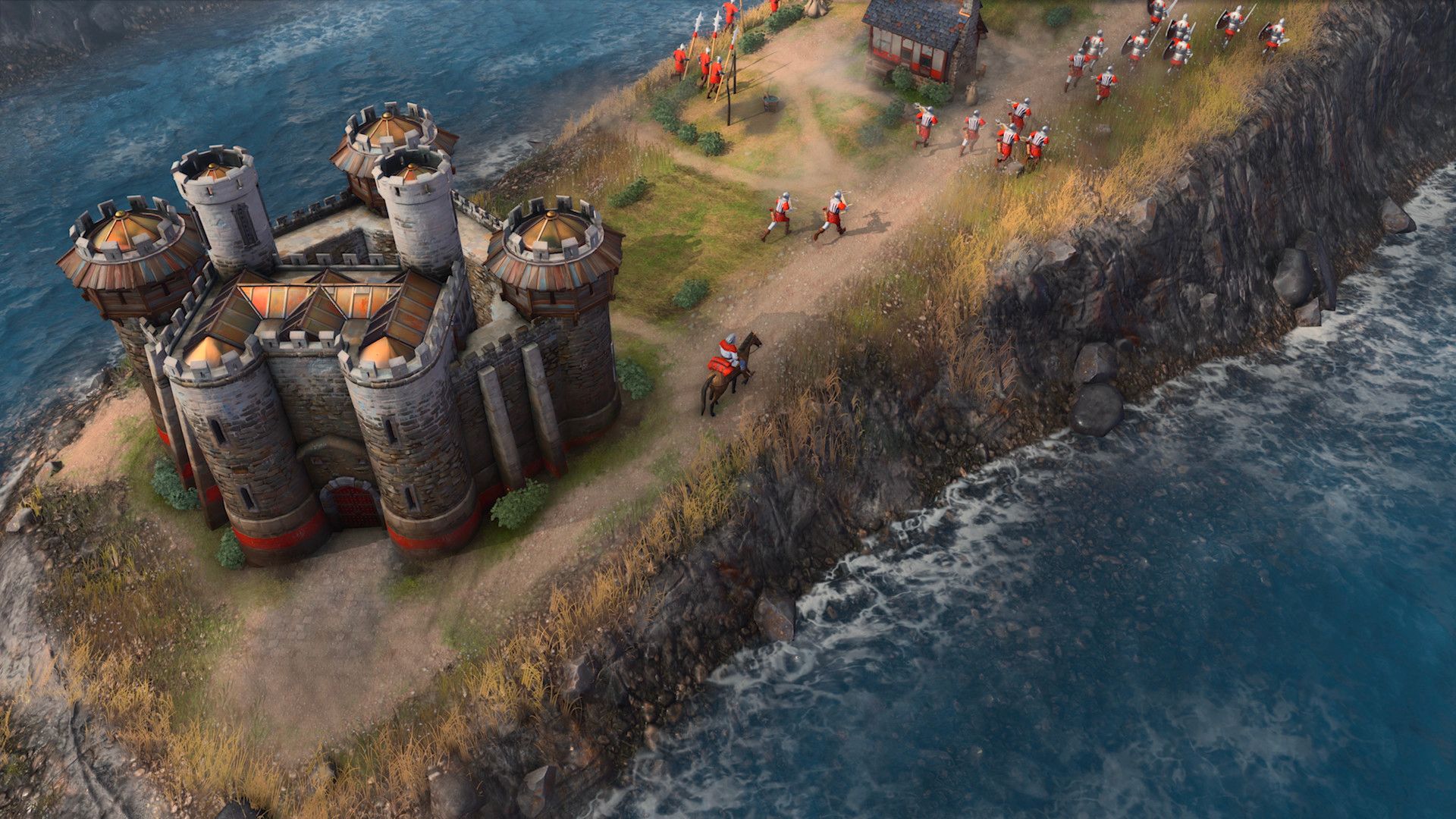 In a tournament that attracted attention from former StarCraft professionals and fans of RTS games alike, an Age of Empires legend—carrying a significant injury—was the ultimate winner of the first major Age of Empires 4 tournament.

The $20,000 GENESIS event, run by the Elite Gaming Channel, has been billed as the first “major” for AoE 4, the latest release in the decades-long historical RTS franchise. The tournament attracted a host of current and former players from the AoE 2, AoE 3, Age of Mythology, WarCraft 3, and StarCraft scenes. 512 players turned out for the initial qualifiers, with players from Europe, North America, South America, Australia, South Korea, Taiwan, Hong Kong, China, Japan all competing in the same event.

The qualifier eventually whittled the bracket down to eight players, featuring an even spread of StarCraft and experienced AoE players. Eventually, the finals fell to two Age experts: Themistoklis “TheMista” Bonidis, a top Age of Mythology player from Greece whose main ladder account has a 90 percent-plus win ratio, and Ørjan “TheViper” Larsen, a Norwegian RTS veteran who is widely considered the best Age of Empires player of all-time.

Both players entered the GENESIS finals with impressive records, but TheViper had one key disadvantage. The Norwegian has been dealing with a benign tumour in his wrist, causing enough inflammation and pain to warrant surgery. It was severe enough that TheViper this year uploaded footage of him playing AoE 2 with the mouse in his non-dominant hand.

Still, the ongoing injury didn’t impact TheViper leading into the GENESIS tournament. The Norwegian qualified for the main bracket with a 2-0 win over ZertoN, the most successful Age of Empires Online player in history and one of the top five AoE 4 players in the closed beta. TheViper comfortably rolled into the finals with 3-1 wins over former WarCraft 3 and StarCraft professional Pedro “LucifroN” Durán and RecoN, a member of the Age of Empires Online balance team.

Prior to the GENESIS tournament—and for most of the qualifying phase—the AoE 4 meta was dominated by players favouring the French civilization. But the first match of the best-of-seven finals instead saw TheMista leverage an early military advantage with the Abbasid Dynasty, eventually outscaling the greedier economic play of TheViper’s English.

The GENESIS tournament rules mean players cannot use a civilization in a series after winning a match, so TheMista could no longer use the Abbasid for the rest of the tournament. As a result, the second map featured TheMista on the hyper-popular French, with TheViper favouring the early-era aggression of the Mongols.

The Mongols are renowned for a town centre rush strategy, which gained popularity in AoE 4’s early weeks. But TheViper instead overpowered TheMista’s defences, first relying on some well-placed turrets to prevent TheMista’s army from snowballing and later grinding out the win with a combination of crossbows and springaults.

The Norwegian professional and AoE content creator then won the next two maps, quickly dominating TheMista’s switch to Mongols and winning the French vs. French mirror match on the water-centric Boulder Bay.

The Greek Age of Mythology veteran recovered in the fifth map, punishing TheViper’s attempt to gain an early economic lead. That allowed TheMista to hit the Castle Age much more quickly than TheViper, enabling TheMista to build a siege army large enough to effectively starve TheViper out of the game.

The final match saw TheViper deploy the Abbasid Dynasty against TheMista’s French, with TheViper walling up early to deflect any early raids from TheMista. Both players quickly reverted to an economic heavy strategy, with TheMista building three town centers and multiple layers of walls within the first 10 minutes.

The hyper-defensive play from TheMista, however, allowed TheViper to quickly advance to the Imperial Age while taking control of the Sacred Sites on the map. Sacred sites are one of the alternate win conditions in Age of Empires 4: if a player holds them uninterrupted for 10 minutes, the game automatically ends. Capturing sacred sites also generates additional gold for its owner, a crucial resource for late-game units.

Taking those sites allowed TheViper to draw their opponent into an unfavorable engagement, which eventually snowballed into a map, series, and tournament win.

While Age of Empires 4 is not as fast as, say, StarCraft 2, much of the early weeks of AoE 4 has been dominated by aggressive play. The strength of the French civilization, who get access to Royal Knights from the game’s second age, and regenerative technologies allows French players to easily and quickly raid opponents’ villagers. To defend this, players have responded by picking civilizations with strong early-era units, such as the Mongols or the English, creating a lot of high-intensity matches that rely on a lot of multitasking.

Defeating a 512-person bracket full of top StarCraft, WarCraft and Age of Empires 2 players—games known for their own high skill ceilings for micromanagement, whether it’s splitting marines to avoid banelings or dodging Mangonel fire—is certainly impressive. But to win so comfortably, and to do so while dealing with the pain of a benign tumour in your wrist, is an incredible achievement.

Where AoE 4 heads from here, however, is unknown. Despite the GENESIS tournament revealing multiple counters to the French domination, players are eagerly anticipating a balance patch this week. Developers Relic and World’s Edge, however, warned the patch would only be “small”, focusing on a bug involving Mongol town centers and “a few high-profile bugs”.

The patch is scheduled to be released on Monday, Nov. 15. A rolling status page notes that one bug “awaiting update” involves players dodging matches by forcibly quitting the game:

Alt+F4 & Queue Dodging: We’re aware and a fix is coming very soon. This is an issue we’ll be monitoring and managing on an ongoing basis once the solution is Live, to ensure that players who are using this tact to dodge queues aren’t finding new ways to abuse the system.

Relic and World’s Edge are also yet to announce a competitive roadmap for 2022. If the turnout and participation for GENESIS is any indication, however, Age of Empires 4 will settle in nicely into the wider esports calendar.