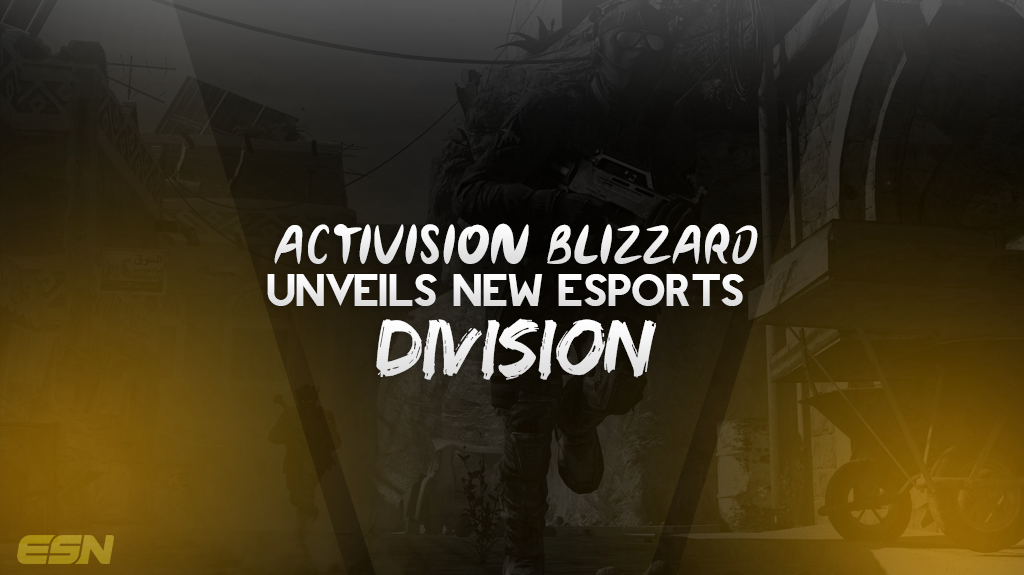 Today, Activision Blizzard Inc. has officially announced their new eSports division, which will be led by former CEO of ESPN and NFL Network, Steve Bornstein, as chairman, and Co-Founder of Major League Gaming, Mike Sepso, as senior vice president.

This to-be-named eSports division will be spearheading both Activision Publishing and Blizzard Entertainment’s future competitive gaming endeavors for their titles–Hearthstone: Heroes of Warcraft, StarCraft II: Wings of Liberty, Heroes of the Storm, and the recently-announced Call of Duty World League for Call of Duty®: Black Ops III. The former MLG president, Mike Sepso, unveiled that he’s been working under Activision Blizzard for almost a month now, possibly proving, that yes, MLG might be purchased by Yahoo Inc. before the end of 2015. “After 13 years of grinding it out in the eSports world … this new opportunity to lead Activision Blizzard to new, exciting places is thrilling. I think the opportunities that eSports has as a sport has never been brighter,” he told Polygon. With Sepso’s assistance, this competitive gaming subsidiary will surely be boosted through his experience obtained at North America’s largest eSports organization.

This isn’t the first time Sepso has collaborated with the aforementioned; he’s helped the companies in many ways, such as his involvement and direction within the $1 million Call of Duty World Championships. “I’ve worked with Activision and Blizzard for many, many years and I’ve always been a big fan of the company. When a senior team presented this opportunity to me, it seemed like a chance to fulfill a lot of big goals.” As of now, the plans for Activision Blizzard’s future is unknown to us. Without a doubt, the organization has a “portfolio of games” to chose from, according to Sepso, that are the “best in the world.” Moving forward, the company will look to increase eSports’ popularity to the mainstream world within the next few years. Steve Bornstein, the newly-appointed chairman of the eSports division, is known within the sports’ realm through his leadership and administration, provided at both the globally-known sports broadcasting company, ESPN, and the most distributed sports digital media outlet in American football, the NFL Network. Back when he was affiliated with ESPN, he introduced a magazine, radio station, and a multitude of new television and online platforms. A total of 59 Emmys and 57 CableACE Awards were won during his reign. He then moved over to successfully lead the NFL Network, back in 2003. Bornstein was able to help develop the network into what we know and love today. The company won its first Sports Emmy only after two months of programming.

ACTIVISION BLIZZARD CREATED ENTERTAINMENT THAT WAS VIEWED BY OVER 150 MILLION PEOPLE FOR MORE THAN 13 BILLION HOURS.

“Last year, Activision Blizzard created entertainment that was viewed and played by over 150 million people for more than 13 billion hours — ­this dwarfs the engagement that fans spend on all other sports,” Bornstein stated. “I believe eSports will rival the biggest traditional sports leagues in terms of future opportunities, and between advertising, ticket sales, licensing, sponsorships and merchandising, there are tremendous growth areas for this nascent industry. Bornstein seems to be the right man for the job; he is very “excited to help Activision Blizzard further its leadership position in this exciting growth area (of eSports).” With traditional sport fanatics around the world looking to resist this change, a former sport executive will only help bring competitive gaming to the mainstream world.

ESPN partnered with Valve Corporation just last year to feature the $11 million Dota 2 tournament, The International 2014. Earlier this year, we got to see Blizzard’s Heroes of the Dorm collegiate tournament broadcasted live on ESPN2, where hundreds of schools competed in the Heroes of the Storm tournament for a chance to win fully-paid tuition.

The 2014 League of Legends World Championship was able to draw in a total audience of 27 million viewers, which included the sold out 40,000-seated Seoul World Cup Stadium. This event made No. 21 on the list of most viewed sporting events of the year. Thanks to Activision Blizzard, the growth of eSports looks to be great going forward. Eventually gaming will be big enough to the point where it’ll be mainstreamed competition, maybe even considered a sport; time will only tell. How do you believe Activision Blizzard eSports division will perform going into 2016? Let us know. Follow our Twitter – @eSportsNation for more coverage on competitive gaming.