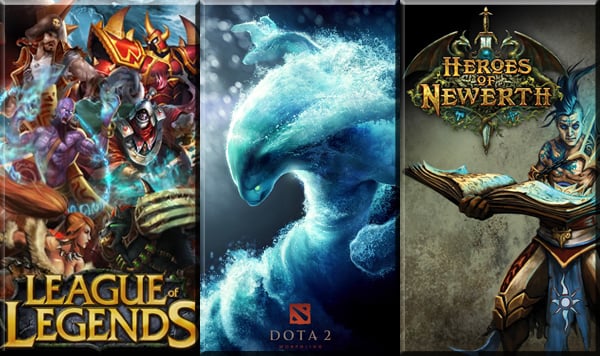 Earlier today Turbine announced that it would be shutting down their DC character based MOBA, Infinite Crisis. This is not the first game to sink in what some call a currently over-saturated genre, last November EA pulled the plug on Waystone’s Dawngate. It’s a troubling trend to see that many beloved games where users have put in countless hours are essentially worthless and it leaves some asking “What can a MOBA do to survive?”.

The most common trend lately is attempt to make a more casual MOBA. This could be said to have started with the release of the popular League of Legends, essentially a more simple version of classic Warcraft mod Defense of the Ancients. Due to the overwhelming popularity of League of Legends other developers have tried to push what Riot Games did to the extreme. This can be seen with former Heroes of Newerth developer who threw their hat into the ring in an attempt to create a “next generation MOBA”. The result was Strife which, although still running, did a 180′ on many of their casual design elements after seeing the player base drop significantly throughout the Alpha and Beta testing. Blizzard has also tried the casual MOBA market with their long awaited Heroes of the Storm. The game has seen quite some success, even as an eSport being the first game to be broadcast on an ESPN television channel. However success always caries nay-sayers and many players have said that the game eventually becomes boring and due to its team oriented casual gameplay it isn’t the most exciting game to watch. It’s hard to say what will become of HoTS, however it is clearly a black sheep among modern casual MOBAs due to it’s well loved developer. If casual MOBAs potentially aren’t the answer, then what is?

If League of Legends and DotA 2 are the top dogs then its clear that trailing behind them in third is Hi-Rez’s Smite. Smite truly attempted to, and succeeded at, trying something new. Almost all MOBAs copied the classic RTS top down view style of gameplay. Hi-Rez designed Smite with a more 3D perspective. Although the game still functions the same but with a camera behind the hero/god/champion (player controlled character) instead of above them this change made the game much more appealing to those who do not favor RTSes or traditional MOBAs. Another interesting aspect of Smite is that almost all abilities and auto attacks are skill shots – requiring you to manually aim them. Smite is a prime example of breaking away from the pack to try and reach a different audience of players, especially that of the console market with their recent launch on the Xbox One.

What could be done differently in the current market? LoL and HoTS seemingly have the more casual players on lockdown, a few other games picking up the scrapes they leave behind. Players who are less inclined to want to cooperate with a team or enjoy the more mechanical focus of the genre will just stick to RTSes like Starcraft. As of now Smite has full control of the console MOBA market, something that hasn’t been tapped into well enough until now. Most people would assume that DotA 2 is the perfect game for hardcore players and as of right now I would agree with them. But what if someone made a MOBA even more hardcore than DotA 2?

What if someone pushed the restraints that MOBAs currently hold? What if someone created another game that was truly challenging and rewarding for players who can be at the top, players who actually have the ability to 1v9. A game so hardcore that it would leave long time DotA players stunned would be one of the most impressive gaming accomplishments of the last few years. This is where I believe the genre needs to go next. A game of this style might not break the mind blowing player numbers of DotA 2 and League of Legends, but it would surely have a place in the hearts of many gamers and would always find a player base. But what would a game like this even do? Which ever game developer can answer this question will win their golden ticket.

This is just my opinion on what the next big MOBA game will have to do to break away from the competition, what do you think?