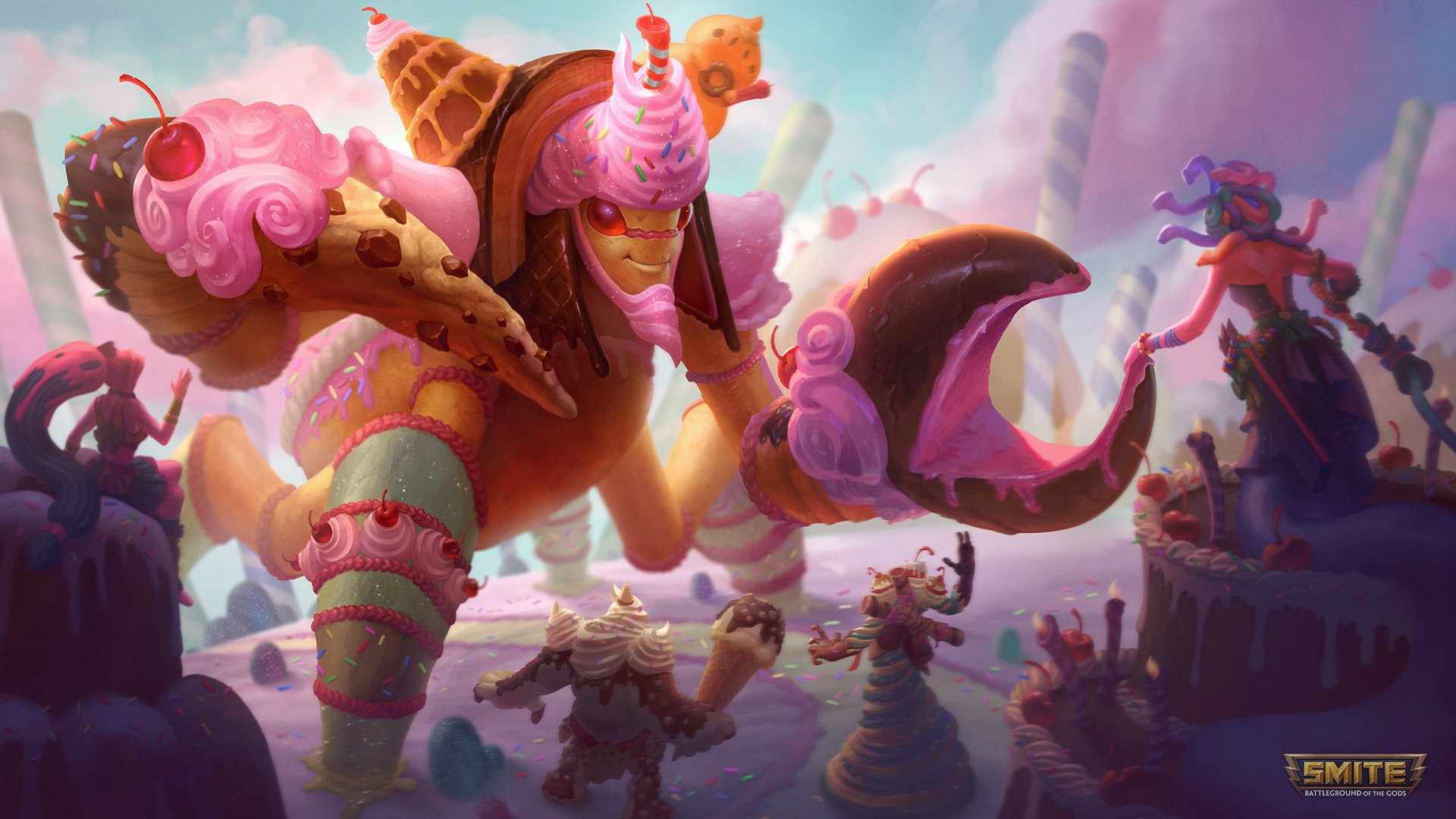 Smite has a ton of great skins on the way this month—and two of them have just arrived.

The latest skins to join the Court of Midnight event are now live.

Smite arguably has the best skins of any video game since the inception of character costumes. Today, two more skins join the ongoing Court of Midnight event: Confectionary Khepri and Polar Beast Ravana. Both skins are available at a discounted price of 450 Gems.

If you have zero Gems, you’ll need to spend $14.99 on the 800 Gem bundle. The other skins that have been released with the Court of Midnight event all cost 600 Gems. You can expect Confectionary Khepri and Polar Beast Ravana to cost 600 Gems in the near future.

You can purchase the entire Court of Midnight skin line for a discounted price of 3,300 Gems. That price will increase to 3,600 in the near future. If you have no Gems, you’ll need to purchase the 3,500 Gem bundle for $49.99.

Log in now to view the entire Court of Midnight skin line in-game.