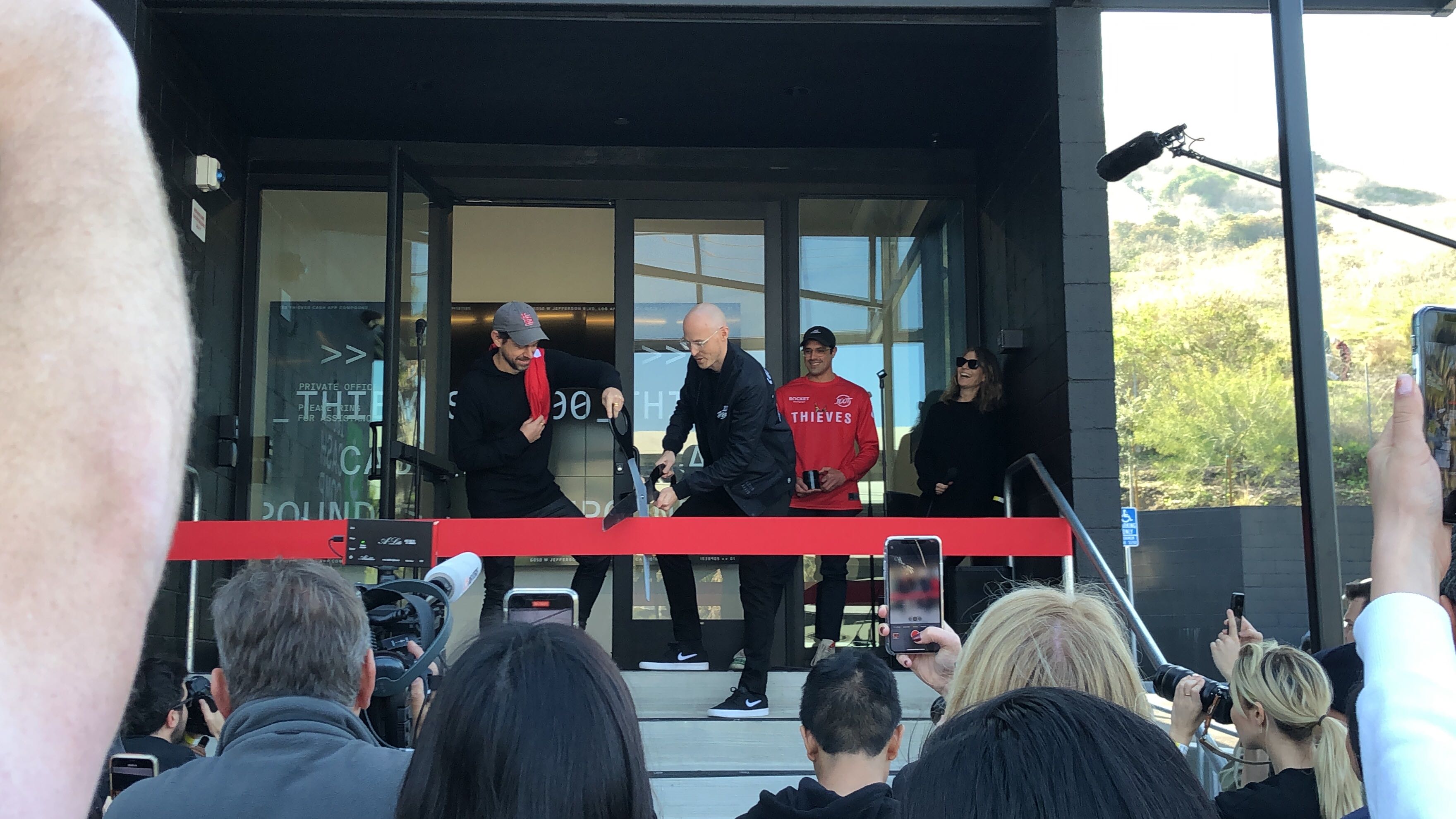 The highly-anticipated new home of 100 Thieves, the 100 Thieves Cash App Compound, has finally been revealed in a 16-minute video today hosted by none other than Matthew “Nadeshot” Haag.

In a walkthrough of the state of the art facility with a clean, white aesthetic, Nadeshot showed off what $35 million can make for an esports and gaming organization.

Nearly every room of the facility is branded with a sponsor name, like the Totino’s Fortnite Training Room or the Rocket Mortgage League of Legends Training Room. And, of course, there’s Cash App, which is in the name of the building itself.

The facility also includes a number of streaming setups for 100 Thieves content creators to drop by and stream in—or as Connor “Gigz” White says in the video, “it’s got everything I need to make money.”

Nadeshot also teased his own office and streaming setup, which will be fully revealed in a video on his own channel soon. The video ends with a tease of new 100 Thieves merch, which can and will be sold in a merch store that’s also on-site. The first apparel drop of 2020 will come in February.

The video featured cameos from the 100T League and CS:GO teams, as well as content creators like Jack “CouRage” Dunlop and The Mob. It’s basically one massive flex on the rest of the gaming industry—and it’s pretty impressive.