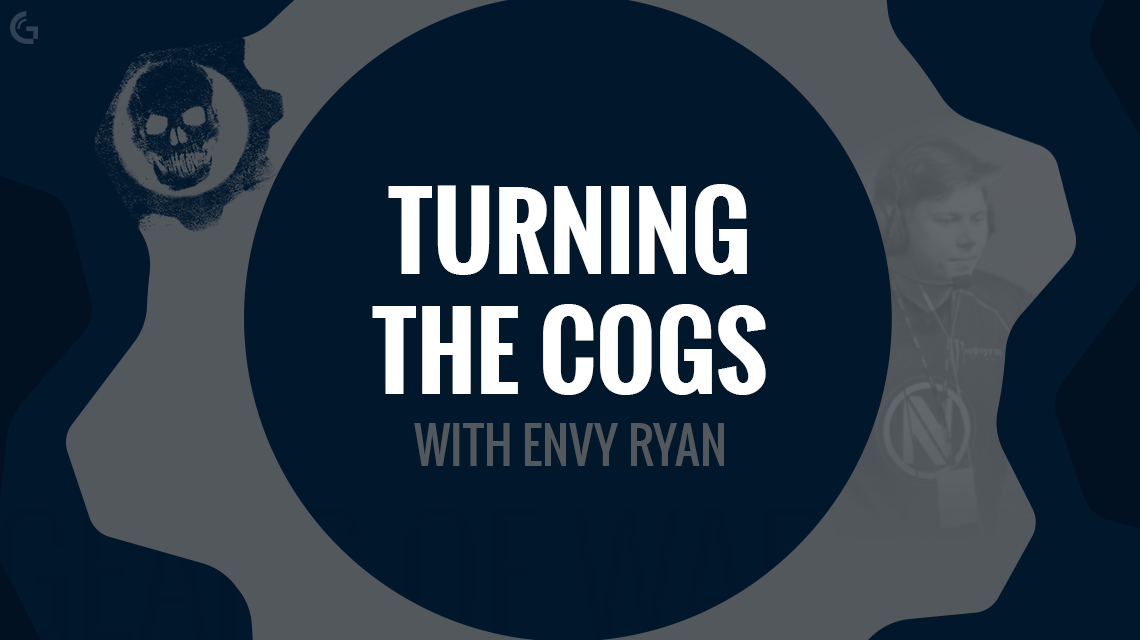 Last time around in this series,I got a chance to talk Nick “Ashes” Ridgeway, the Coach of OpTic Gaming.To see that interview, click here. Now it is time to meet one of OpTic’smajor rivals, Ryan “RyanFoolz” Summers. The rivalry betweenOpTic and Team EnVyUs is carried across every game theyplay against each other in and Gears of War is nodifferent.

But back to the interview.The history of OpTic and EnVy is important, but so is thehistory of a person. Because of this, I asked RyanFoolz abouthow he got introduced to esports and Gears of War itself.“I was first introduced to esports back in 2007 watching GoW1and Halo.” For those who may not remember the glory days, check outthis video of some classic Halo 2.

“I initially got intoGears of War itself when a buddy of mine invited me over to play athis house and just crushed me over and over,” RyanFoolz said.“I had to buy the game after that. It wasn’t like any game Ihad ever played before and I was instantlyhooked.”

So from the past, we come to thefuture, that being Gears of War 4. I asked RyanFoolz howhe and the team were feeling about the new game, and whatpreparation he had put in for it. “Our team is incrediblyexcited for GoW4. We can’t wait to get our hands on the new gameand absolutely grind it out.”

RyanFoolz also touches on thenew game mode, saying he and the team are “incredibly excitedfor a new game mode.” RyanFoolz says that the new mode will “helpseparate the teams at the top level much better than Executioncurrently does.” This seemed like a huge problem forGears of War: Ultimate Edition. Execution was repetitivein nature and did not allow much room for creative strategizing,meaning the lines between good and great were oftenblurred.

When it comes to actualpreparations, RyanFoolz say he can not do much to truly prepare forescalation just yet. He tells me that all he can do is get histeam, along with their newest member, in the right mindset for thenew title.

Once again, it comes round tothe question of what does RyanFoolz actually do as a coach and onceagain, I am totally blown away. RyanFoolz says, “my rolecovers quite a bit of things right now. Since Gears isn’t quite bigenough to have a staff of analysts/coaches/managers on each team,all of that pretty much falls on me.”

Here is a list of what RyanFoolzsaid he does for the team:

RyanFoolz says “I findthat it’s important to get a 360-degree view of what teams do oncertain maps against certain strats, certain matchups, and incertain situations.”

Not only does he handle thecoaching responsibilities, “I also act as the Manager for ourteam” RyanFoolz stated. “That involves any vendorrelations/interactions, any communication that is needed withEnVyUs, and handling any logistical needs for myteam.”

This seems like a bunch of workthat could be spread out across numerous people, however, RyanFoolzdoes it all. He also discusssed why he does not want hisplayers involved with that kind of stuff. “It has alwaysbeen my goal to ensure that my players’ ONLY job are to play thegame and compete at the highest level possible.”

This is the third interview Ihave done and it is quite clear that Gears of War coaches areoverworked. Infrastructure needs to be put in place before hardworking individuals burn themselves out, but I will revisit that topic in a laterarticle.

Moving on with the interview toa question that is still rather important to me: how does hypechange the way a match is played? “Our game is certainlymore “hyped” because it’s round based and you have time to trashtalk between every round (and our community is certainly more rowdythan most).”

In many other games, such asCall of Duty, Halo and even Counter-Strike: GlobalOffensive, hype certainly exists but in more controlledquantities. This could be the upgrades done to the scene, likesound proof booths, noise cancelling headphones and the fouls thatcould cost the team rounds, maps and even series.

RyanFoolz said, “Iwouldn’t say it’s necessarily an “important” factor, but I thinkthat it can help keep your team’s spirits high and that can playinto things like momentum.”

When asked about the future ofGears esports, RyanFoolz had this to say: “I’mincredibly excited for the future of Gears esports! We’ve come along way as a community and seen many ups and downs. As someone whohas been attending events at our highest of highs and lowest oflows, it feels absolutely amazing to know that we have such abright future ahead. This community deserves it. Big thanks to TheCoalition and Jack Felling for making that possible forus.”

This brings us to a close tothis edition of Turning the COGs with. I want to give a hugethanks to RyanFoolz for giving me the chance to learn a littleabout his life.

Next up for Turning the COGswith will be Jack Felling and a couple members of her team! Afterhearing all the amazing work she had done for this community, Iwould be stupid not get her opinions on some topics before the gamelaunches.

So are you excited for aninterview with Jack? Let me know in the comments below or bytweeting me at @GAMURS_tnm. To keep up to date with the latest Gearsof War news and future editions for Turning the COGS with, makesure you are following us on Twitter, @GAMURScom.