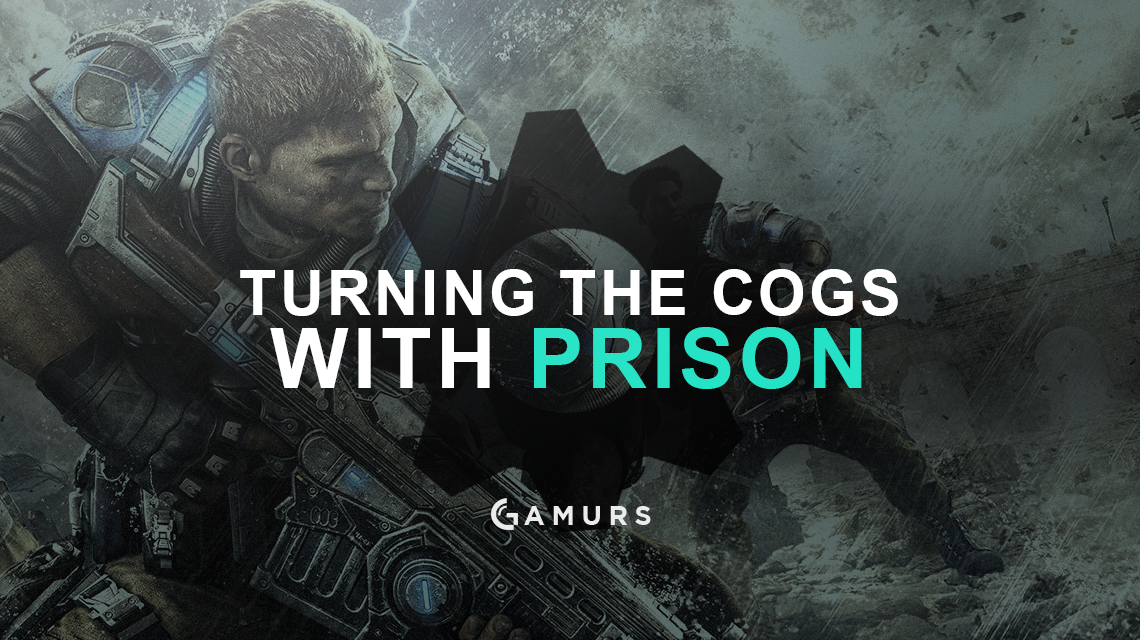 After getting my head around the complicated role of a coach and picking the brain of community-favorite coach Jack Felling, it’s time to talk to some of the players. First on my list is none only then the man, Noah “Prison” Burkholz.

To say Prison has been around the block would be an understatement, at this point, Prison owns the block the new kids play in. If somehow you do not know him, here are a short list of his achievements:

His current team, Murder by Numbers, consists of:

Prison told me he got into Gears of War back in 2007. Like many people, he became obsessed with being number one on all the scoreboards. This lead to himself and his current teammate, JaeMerCsh, setting their eyes on becoming the best on the doubles ladder on Gamebattles. After achieving that, they attended MLG Toronto where they placed third.

I asked Prison how he and the team were feeling about Gears of War 4 and what he had been doing to prepare. He answered by saying “There are only a handful of players in the community today that have proven the ability to adapt to a new game at a professional level.” He continued saying that, “four of us have done so, and three of us have done so across multiple titles.”

Prison finished off that statement saying that “my team and I are extremely confident going into GOW 4.”

Prison was brimming with confidence, saying that “even after a five-year hiatus, I was able to come back, adjust and maintain a pro level.”

However, he also told me our impressed he was with some of the newer talents in the scene currently, “I am interested to see how these new kids who peaked towards the end of Gear of War: Ultimate Edition adjust to the new game in terms of meta and the ability to adjust.”

When it comes to preparation, Prison told me that “there really is no true way to prepare for a game type that has never existed before, so our goal has been simply building chemistry.”

Escalation, the newest competitive game mode for Gears of War, is something never been seen before, so in the beginnig chemistry will be imperative to success.

I asked about Prison’s role within the game itself. Now that the rosters have been expanded, the in-game leading factor might have become a whole lot harder. Prison noted that Prospect would largely be in charge picking strategies, Prison himself would do most of the mid-round reading and calls.

Prison said “I have always been huge into transitioning, map positioning and coordinating where players should go in certain situations and I hope to continue that role moving into the new game.”

Prison told me only a few people can keep you focused on the end goal and that Jae is the guy who does it for his team. {ersonally, hype is one of those factors that I am not sure how it works. It is an uncontrollable variable that somehow can have drastic effects on results. He also stated that “It’s very important to realize that this is still a game, and we all should be having fun.”

Prison clarified saying that “hype is huge, and there really is no argument.”

This brings me round to my final question, as always, about Prison’s thoughts about GoW esports. “I’ve been around the block and back and have seen GOW go through some rough times. Even at the beginning of UE, I had my doubts. But, The Coalition and Microsoft have done an amazing job and reviving this community and giving us something real to play for. It is the dream I had when I was 15 years old.”

Prison said that “being able to travel the world playing for hundreds of thousands of dollars. This opportunity doesn’t come around often, and I can do nothing but cherish it. It’s crazy to think I fell in love with this game 10 years ago, and now 10 years later it still plays such a huge part in my life.  For that, I owe a huge thank you to the Coalition, Microsoft and of course, the legendary Jack Felling.”

Another interview down and another shout out to Jack Felling and no wonder. She has put a huge amount of effort into this game and it is great to see it paying off of those involved from the start.

This brings me to the end of the interview and I would like to thank both Prison himself for taking time out of his day for this interview as well has his manager Joseph “Krashy” Sanchez for facilitating this. For more interviews and updates on Gears of War, make sure you are following us on Twitter, @GAMURScom.