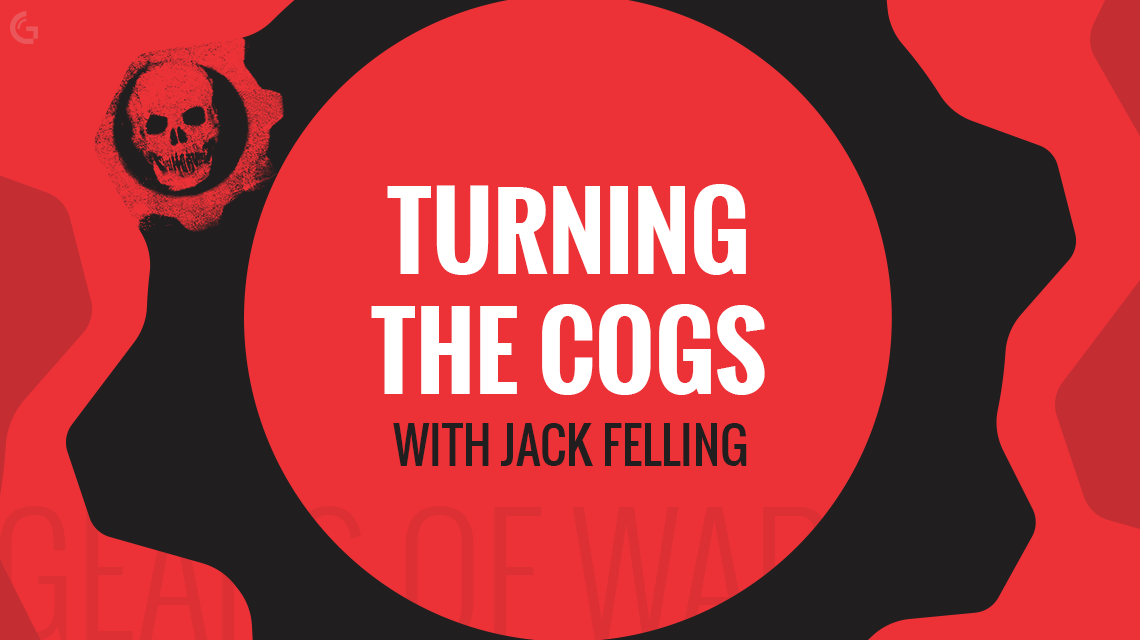 After fighting off three Lambent Berserkers, kicking around a million Tickers and ripping a Locust’s chest in two with a chainsaw, Jack Felling and I have finally finished our interview.

With only a week or so to go until the release of Gears of War 4, here is my interview with Felling.

My first question was “when were you first introduced into esports?” Felling told me that even though it was not called “esports” when she used to play, she used to play in a casual clan in Gears of War 1 when she was growing up.

“I’ve been in the game industry for several years, and I’ve always been involved in the competitive side of any of the games,” Felling said.

Felling mentioned that halfway through her career, she transitioned from being a Game Producer. When she got involved with Gears of War at The Coalition/Microsoft, she was introduced to competitive Gears by some leaders and players in the community.

From there, Felling watched streams, helped sanction and organize community tournaments, and even attended a community LAN event.

“I got a chance to build some great friendships with community members and players, and they really showed me the ropes and told me what they wanted to see from competitive Gears in the future,” Felling said.

When Felling was asked to move over to be the Esports Producer, she told me she fully immersed herself in esports. She said that she, “gathered as much feedback as possible from players, teams, and team owners and [is] still learning so much today.”

Felling also noted that “esports is a growing and evolving industry and I love being able to grow with it. We’re all in this together, and it’s great to see the community want this game to grow as an esport as much as we do.”

This part is great for me. As someone who is, in my mind, still an outsider to Gears of War and its esports scene, it is awesome to see someone so involved with the competitive community.

I then asked Felling, “The community paints you as the best thing since sliced bread for Gears esports. How do you feel about this?”

To this, I received an extremely humble response. “I always personally prefer to be more behind-the-scenes and let the game and our esports program speak for itself,” Felling said.

Felling also outlined the fact that she had a “great team at The Coalition” and that “everyone here is very supportive of Gears esports and the community.”

Felling states that “any success we’ve had can be attributed to our passionate game developers, the competitive community that has been so supportive and helpful, the players playing at the top level showcasing our game in the best way, and all the fans that watch, play and support Gears esports.”

Felling also added, “it’s been really interesting to see how these mechanics have evolved over the years in competitive Gears.”

As I have closed all my previous interviews out, I asked Felling about her thoughts on the future of Gears of War esports. “Anyone that knows me knows that I’m beyond excited about the future of Gears esports,” Felling said. “I think we have a good foundation to start from and with all the changes being made to competitive in Gears of War with the new Escalation game mode, the new spectator mode, and more.”

Felling also stated that “I think our game is now at a good starting point for esports. Our program was created based on feedback from the players and teams and is focused on having as many live LAN events as possible, with international cross-play at each one. Combine that with our $1 million starting prize pool announcement, completely open circuit format, Weekly Fight Night broadcasts, travel coverage for top teams, and crowdfunding, and I think we are ready to start ‘walking’ in our esports program.”

Well, I have been told numerous times, and now after this interview, I am pretty sure that Felling and her team are 100 percent committed to esports. Personally, I’d be willing to say that out of most of the top esports titles, Gears of War probably has one of the best teams of people working on the esports aspects of the game.

Felling’s final statement in our interview was “this is just the start, and in the future, as our participation grows, we will be able to start ‘running’ with Gears esports. I do believe the future is bright, and we look forward to learning and growing more along with the entire community.”

I would like to thank Jack Fellling, The Coalition, Microsoft and the amazing PR department for helping to facilitate this interview. For more Gears of War interviews, updates and event coverage, make sure you are following us on Twitter, @GAMURScom.