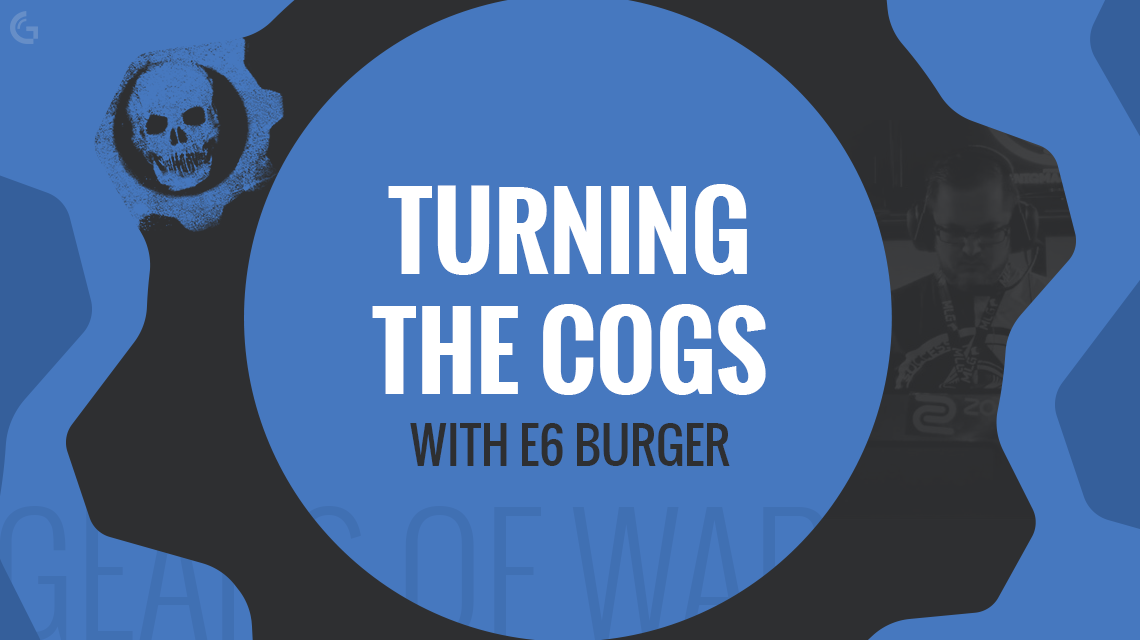 For those who may not know,Kristopher “Burger” Burger is the coach of the Enigma6,Gears of War team. Burger has been around esports since 2007 whenhe attended MLG Meadowlands 07. Halo 2, Rainbow Six Vegasand Gears of War were featured at this event. “The event completely amazed me the secondI entered the venue,” Burger said. “There was no such feeling beingwith thousands of people that have the same passion as you. I washooked from that moment on.”

From playing Gears of War at afriend’s house, Burger has found himself coaching his very ownteam. Now, however, Gears of War 4 is on its way, so I asked himhow he and team were feeling about the new game.“We are lookingforward to Gears 4 and the Pro Circuit more than anyone,” Burgersaid. “These guys pour their heart and soul in the competition andhave been working tirelessly to improve daily.”

Burger and the squad have takenevery opportunity to get hands-on with the new game thanks to TheCoalition (more on them in a later article) as well as at thePAX Escalation reveal. Burger said that all his players have had anopportunity to game test the brand new game mode and that they are“Truly ecstatic.”

I was really interested ingetting to know how coaches work in Gears of War, since many otheresports titles have, or have had, them exist to some extent. Forexample, a Counter-Strike: Global Offensive coach could bein charge of calling the strategies mid-round, while aHalo coach might be there to keep track of power weapon spawnsetc.

“I’ve been coaching Gears since 2008,” Burger said,“Since then, I havebeen on a handful of top teams across the titles. My approach to itas an active coach (in-game) is to time weapons, count power weaponshots and essentially act as someone to remind them when tocapitalize, when they have advantages and when to be passiveor aggressive.”

Burger also told me he watchesas much footage as he can, both of the teams he is playing againstand his own team, to find all weaknesses he can exploit and all theholes he can plug in his own team. On top of that, he does a bunchof behind the scenes work too.

This brought me naturally to oneof my main questions: hype. Every game has gone through the stagewhere players would shout and scream at each other. Splyce’s CS:GOteam did it at the MLGColumbus qualifier, Callof Duty players pre-Black Ops II did the same and the Haloscene as well. But, I was not sure if it actually did anything ifeveryone was doing it; why would you be affected and surely itwould tire you out?

“(Hype) is something that is engrained into theGears of War scene,” Burger said. “You’ll almost always see a teamget loud after each victory. This is something that isn’t verypopular in the esports world, but after each match, everyone shakeshands and hugs it out. We are all a family at the end of the dayand share a passion for Gears.”

The last question is all aboutthe future of Gears esports. Since the start back in 2007, it hasbeen a roller coaster ride of mishaps, lack of coverage andsometimes the games themselves were not up to scratch. But, itseems like all that is about to change, and Burger is more confident now aboutthe scene.

“I think JackFelling and her team at The Coalition are making seriousstrides to make this as successful as possible,” Burger said. “Thisis only the start of something big. Gears is here to stay, for manymore years!”

That brings my interview with E6Burger to a close. This man has helped me get to grips with theGears esports scene and has been a huge help. It was an awesomeopportunity get a chance to pick his brain, so thank you verymuch.

The next edition of Turning theCOGs will be with the newly acquired OpTic Gaming’s coach, OpTicAshes, so make sure you are around this weekend for that awesomearticle.

Are you looking forward to Gearsof War 4 as much as the E6 guys? Let me know in the comments belowand make sure you give E6 Burger a follow on Twitter, @E6Burger. Forall your Gears of War updates and interviews, make sure you arefollowing us on Twitter, @GAMURScom.