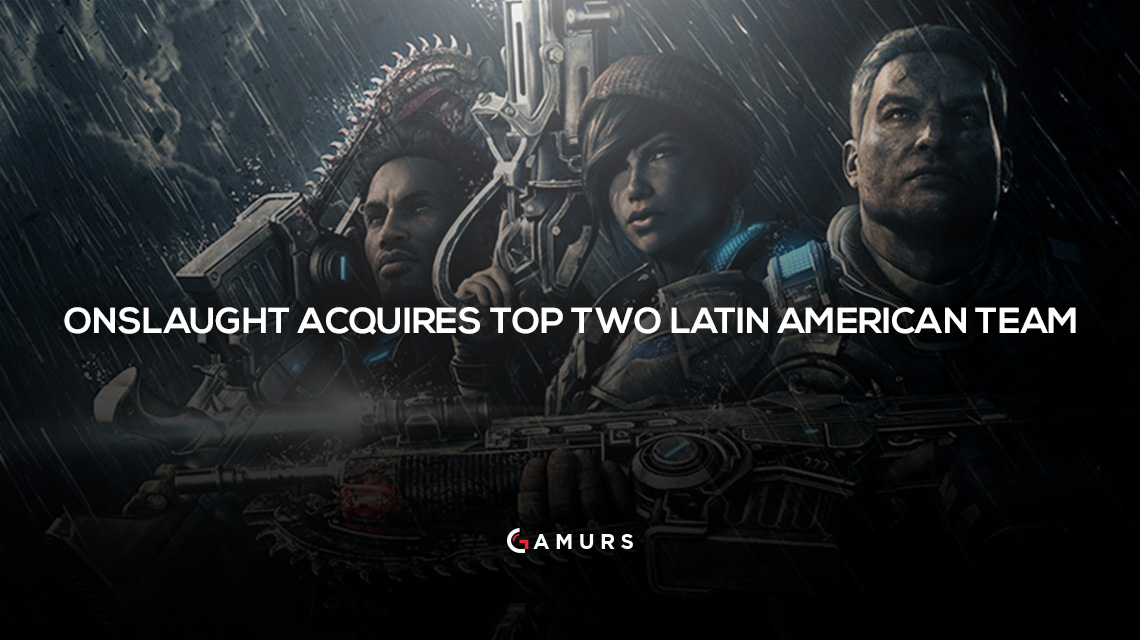 Onslaught has added a new international team to their organization. Their new team is a Latin American Gears of War team that previously played under AfterDark eSports. This is a huge addition to their organization because their new team is ranked number two in the Latin American region. The addition is just in time for the Gears of War Pro Circuit Mexico City Open, which consists of a $75,000 prize pool.

The roster itself is comprised of experienced and younger players. The team’s captain, Cryticxl, is a top-eight finisher at the Gears Columbus Open and a top-five finisher at the kickoff Gears of War Invitational. Cryticxl played under Splyce when he achieved these finishes.

“With this being [our] first true international team, and given our previous history of success in Gears of War, we wanted to make sure whichever roster we acquired would be put in the best position to succeed out of the gate,” Onslaught General Manager Patrick O’Brien said in their announcement. “With the experience these six guys have, combined with the hunger to showcase that LATAM Gears is no longer something to overlook, we felt confident and excited at the prospects of this team carrying the oS banner. I am looking forward to a great Mexico City event.”

Do you believe Onslaught’s new team will succeed at the upcoming event? Why or why not? Let us know in the comments and make sure to follow us on Twitter, @GAMURScom, for live coverage and other esports content.