How to wall bounce in Gears 5

The historic movement mechanic is back. 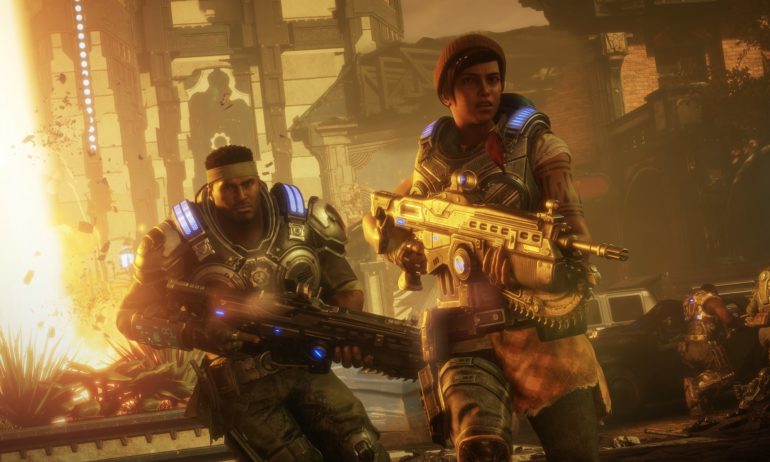 The release of Gears of War 5 has introduced a new way to effectively wall bounce. This movement mechanic is used to dodge enemy fire and get closer to your opponents.

The mechanic has been a staple in the Gears franchise since the original Gears of War game in 2006. It’s used effectively in competitive Gears of War and introduces a skill gap in the franchise.

First, players will need to master wall canceling. Players use this method to cancel a full sprint toward a wall in order to hide behind the cover. Instead, players move quickly but stay stationary, setting up a wall bounce. This is performed by moving the left analog stick backward in tandem with the A button when near a wall.

Finally, players will need to move the camera using the right analog stick in order to bounce to a new position. Players don’t need to hit the wall, they just have to move away as soon as the animation begins.

Some players like to change their controller scheme to Tournament mode to wall bounce quicker. This is done by following the same steps but using the left bumper instead of the A button.

Fans of the franchise were worried that wall bouncing may not have been a part of Gears 5 due to leaked footage showing its incredible difficulty. But wall bouncing can be easily performed and players will need to hone the skill to become highly-competitive Gears players.