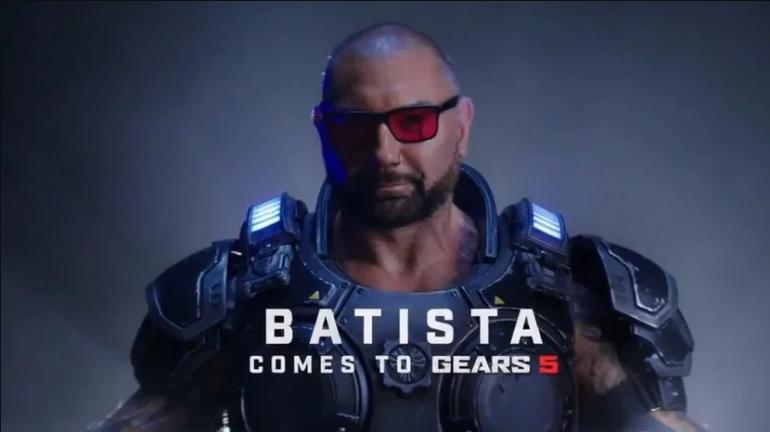 Gears of War 5 is finally here and players on Xbox One and PC are rejoicing.

The game is jam-packed with a bunch of content for players to get their hands on, secrets to find, and bloody multiplayer battles to compete in— but Microsoft has one more surprise for those who picked up the game on launch.

Starting from Sept. 15 to Oct. 28, anyone who owns Gears 5 will be able to pick up a character based on WWE superstar and now Hollywood actor Dave Batista in a special collaboration with the WWE.

But how do you actually unlock him in-game?

It’s quite simple. You simply need to play Gears 5 between the dates mentioned previously to add him to your roster. You don’t need to do any fancy challenges or pay any extra money, as he’s free to get.

The same offer applies to Xbox Game Pass users who play the game during the same time frame, so even if you don’t want to buy the game yet, you could always play it on Xbox Game Pass to get Batista and then play with him later on.