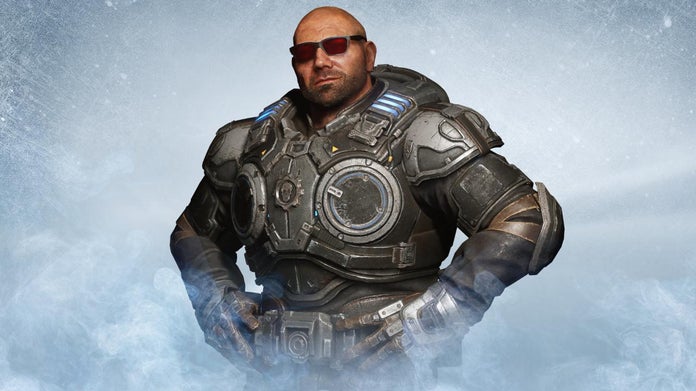 WWE superstar Dave Bautista is joining the Gears of War 5 roster as a free DLC character on Sept. 15. It’s part of a special collaboration between the game and the WWE as a whole.

To unlock him, all you need to do is play Gears 5 from Sept. 15 until Oct. 28 to add him to your rosters. Anyone who plays after the deadline, however, will not be able to get their hands on him. This offer also includes the Xbox Game Pass version of the game.

Rod Fergusson, who has cast and directed every Gears title, has also mentioned that Bautista has recorded over seven hundred lines for the game.

“Adding Batista to Gears 5, we started with the fantasy of ‘Batista as Marcus,’ putting Batista into Marcus’ armor, and starting with Marcus’ script,” Fergusson told Xbox Wire. “Then we added elements of “The Animal” Batista into his voice performance and onto his look by adding his signature Hollywood shades to his character.  Batista was great in the booth and I can’t wait for Gears and Batista fans alike to stomp some Swarm as The Animal.”