Why Fortnite: Battle Royale would benefit from a second map

It would be great if we could get it in season nine. 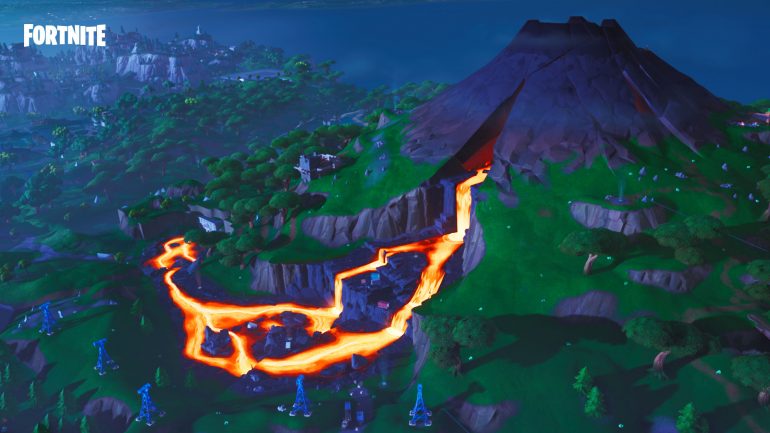 Fortnite: Battle Royale’s island tells a story. Throughout many seasons, areas were destroyed and rebuilt due to events—a giant purple cube changing Loot Lake or a meteor creating a huge crater where Dusty Depot used to be. When you visit these areas today, you know something happened in the past for them to be like that.

But Fortnite can still benefit from an additional map.

Fortnite is almost two years old, and the map has changed quite a lot since the game’s release. Only a few areas have been in the game since the first season, and even some fan-favorite locations like Tilted Towers and Retail Row have been completely destroyed and are ready to be rebuilt.

But a new map could mean a lot more for Fortnite and its players. Epic Games could take the easy road and make a new map with the same size and rules of the one players currently see. But that would mean the company missed the opportunity to create a new experience for its players with a new map, like PlayerUnknown’s Battlegrounds does when it releases new maps.

Here’s what a new Fortnite map could bring to the game.

We’ve seen other Battle Royale games flirt with a smaller number of players per match, like Call of Duty: Blackout with 88, Apex Legends with 60, and Counter-Strike: Danger Zone with 18.

Epic could release a smaller Fortnite map that would allow up to 40 or even 60 players on it, maybe with only solo and duos queues. The game pace and storm dynamics would be completely different, and players would have to develop new looting, dropping, and rotation strategies for their matches.

If Fortnite’s current map tells a story, Epic could use the second one as an extension to that. What if humans in the Fortnite world are exploring a new planet, trying to survive with what they have there? Epic could use it to create either a new storyline or a branch of the main game lore, also through map changes and updates in areas.

If we take the season nine teasers as inspiration, Fortnite could pretty much get a futurist or space-themed island where the characters from the new Battle Pass are exploring or colonizing since the volcano destroyed the game’s main island.

Just a breath of fresh air

Releasing a new map just for the sake of having an element that’s completely new in Fortnite could make old players return to the game to explore it and make current players experience a sense of novelty after almost two years playing on roughly the same island. The feeling of having something new to discover, explore, and have fun could be good even for streamers and competitive players who might be burned out of playing the game over and over again.