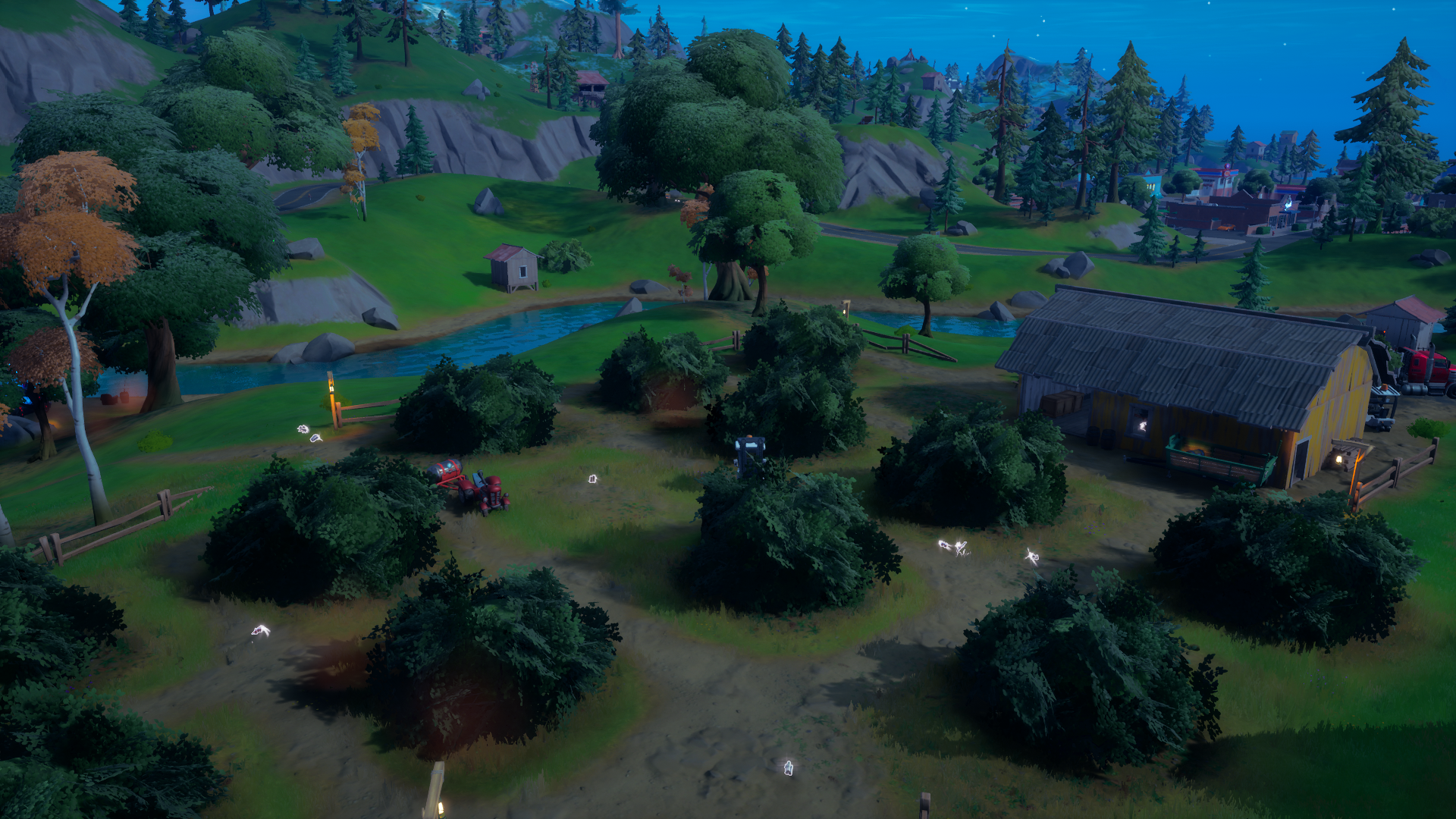 Monarch, the latest addition to the Shadow Series, comes with a total of 28 weekly quests that can be completed until the end of Fortnite Chapter Three, season one, which comes to a close in March. These quests are released in four sets, each including seven missions for players to complete and earn Monarch’s rewards.

To complete the quests, players have to collect Level Up Tokens. Some of the tokens are found outside named locations in remote parts of the map, making them difficult to come across for players who aren’t extremely familiar with the island. One of these locations is Sunflower’s Saplings, a landmark located on the north side of the map.

Sunflower’s Saplings is a landmark that can be found between four named locations: Shifty Shafts, Sleepy Sound, The Daily Bugle, and Coney Crossroads. To locate the landmark, follow along the river that flows between Coney and Sleepy, and head east after reaching the Reboot Van around the halfway mark.

You should see a garden of large bushes, next to a shed with loot all around. The Level Up Token should be easy to find as you enter the garden and can also be seen on the mini-map as you approach it.

Collecting the token rewards you with one full XP level and takes you one step closer to unlocking Monarch’s Shattered Wings back bling.