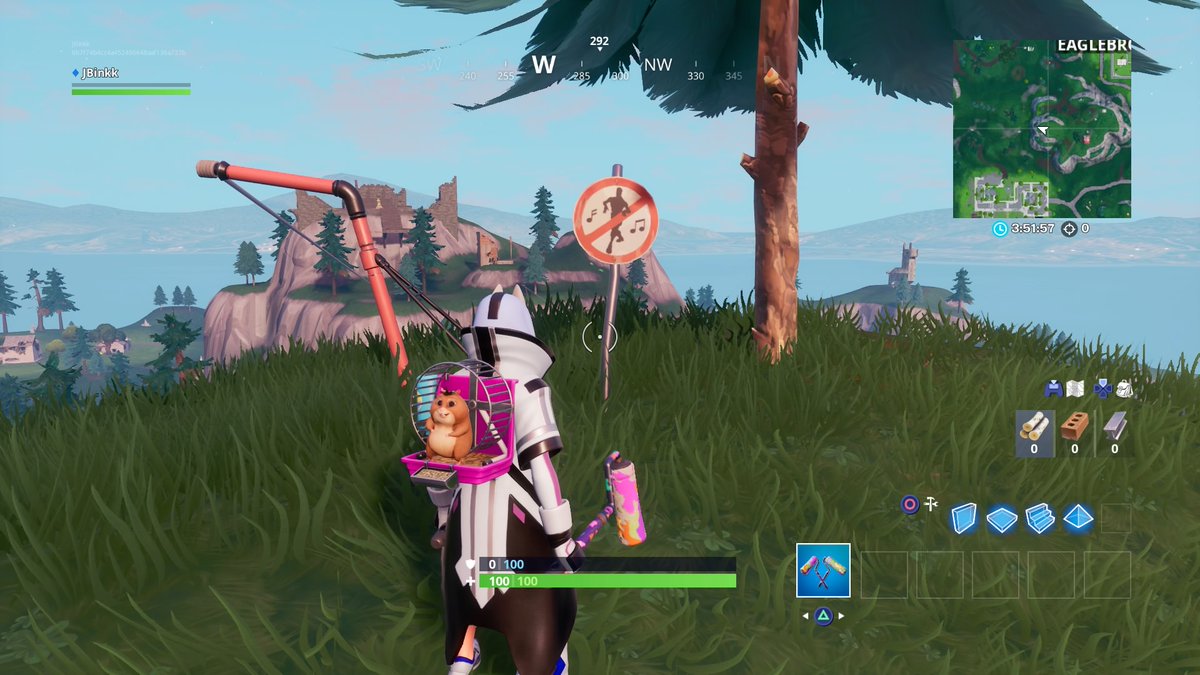 This article is brought to you by Mondobox: The Live Esports Game Show. Watch streams. Predict gameplay. Win big.

A new set of challenges was released in Fortnite: Battle Royale today. For most of these tasks, Epic Games wants you to get your groove on. But for one challenge, you’ll need to take down some signs that go against this line of thinking.

One of the Normal challenges for Fortnite’s season X Boogie Down set asks players to destroy three No Dancing Signs. These signs were previously a part of a challenge in season seven—but now you’ll need to find and destroy them.

Here are some of the locations where you can find No Dancing Signs in Fortnite season X. There could be more signs than the ones listed below, however.

This sign is located northwest of Junk Junction near the giant, metallic llama.

Another No Dancing Sign can be found north of Pleasant Park on top of the hill near the expedition outpost.

This sign is located at the top of Pressure Plant.

This sign can be found on the tall mountain that’s north of Salty Springs.

Two signs can be found in the snow biome. The one above is at the edge of the peninsula that’s south of Frost Flights.

Another sign is also south of Frost Flights on a small hill that’s north of the sign mentioned above.

This sign can be found in the desert biome on top of a hill that’s southeast of Paradise Palms.